Stranded on the ice

Experiencing search and rescue first-hand in the North…

On the morning of Wednesday, January 9, I walked into my office more or less at the same time I always do. On the way in I passed a man coming out carrying a gas can. This didn’t register right away since I was in my usual pre-caffeinated state, and it wasn’t until I had punched in, removed several layers of clothing (wind chill that day approached -60C) and poured a cup of coffee that I realized the hamlet office was full of people who aren’t usually there at 8:30 in the morning.

As the morning progressed I picked up the story from those around the office. Two men had been out hunting seals at the edge of the ice floe in Hudson’s Bay, just a few miles from town, when they had become separated from land by a stretch of water. They had been located early in the morning by a Canadian Forces C-130 Hercules out of Trenton CFB, and seemed to be okay. They were just stuck.

Nobody was really sure what was going on…I got a call from my boss asking me to take one of the work trucks, get to the airport and stand by…

Shortly after lunch (during which I again bundled up in several layers of clothes for the walk home and back) I heard that a helicopter had picked up the two men from the ice and was on its way back to town. Shortly after that, Twitter exploded with stories of a helicopter crash near the community of Arviat, and soon the office was buzzing with news that mainly consisted of rumours: the helicopter had crashed on the ice; there were several people severely injured; the helicopter was in the water. CBC quickly reported that Canadian Forces Search and Rescue Technicians (SARTechs) had parachuted from the Hercules aircraft onto the sea ice to render assistance. A second rescue helicopter was on the way. Nobody was really sure what was going on. Shortly before quitting time, I got a call from my boss asking me to take one of the work trucks, get to the airport and stand by to drive people to the health clinic if needed.

I bundled up again and drove to the airport, where it seemed like half the vehicles in town had converged. We waited in the warmth of the airport until we heard that the second helicopter (a Canadian Forces CH-146 Griffon) was a few minutes out. When I heard it approach I went outside to watch it land, but the helicopter’s rotor wash made the cold unbearable and I had to duck back behind the airport building to avoid it, until the chopper was on the ground.

Fortunately, all three people who were rescued from the ice (the two hunters and the pilot of the first helicopter) walked onto the apron and into the waiting taxis under their own power, and were taken to the health centre to be treated for hypothermia and frostbite. All three were released from the health centre later that night.

…it’s important to remember that these hunters weren’t sport hunters, foolishly braving the elements for bragging rights. Hunting seals and other animals in the winter is traditionally necessary to provide meat, oil and warm clothing…

All in all it was a dramatic day, full of apprehension, uncertainty, and fear for the families and friends of the missing men. While details of the dramatic rescue continue to emerge (check out CBC stories here and here, and Nunatsiaq News here), the community is breathing a sigh of relief that what could have been a tragic story fortunately had a happy ending.

If you read the comment threads in those CBC and Nunatsiaq News stories you’ll notice an ongoing (and not always polite) debate about the appropriateness of hunting during extreme weather conditions. While it is true that these men went hunting during a weather warning, the warning was for extreme cold and wind chill. It was actually a beautiful day if you were dressed for the cold. Which – as the fact that these men survived over 24 hours on the ice with minor hypothermia demonstrates – they definitely were.

But no matter what the weather was, it’s important to remember that these hunters weren’t sport hunters, foolishly braving the elements for bragging rights. Hunting seals and other animals in the winter is traditionally necessary to provide meat, oil, and warm clothing to last through the coldest months, and every day throughout the winter many men and women head out onto the land and the sea ice in search of caribou and seals. The vast majority return without incident, and it’s fair to say that this story represents nothing more than some bad luck on the part of those involved.

The events of that day also highlight the importance of having effective and efficient search and rescue facilities in a country with as much space as Canada has. It’s fortunate that the Hercules aircraft out of CFB Trenton, Ontario was able to reach the area and locate the men. CFB Trenton is home to the Joint Rescue Coordination Centre (JRCC) Trenton, which has responsibility for SAR activities in Alberta, Saskatchewan, Manitoba, Ontario, the western half of Quebec, and the Canadian Arctic as far as the north pole, with the exception of part of Baffin Island and the Yukon. It is a huge area to cover – seemingly too large for one control centre – and yet the Hercules aircraft was on station and assisting with the search within hours of the men being reported missing.

Perhaps if the Canadian Forces had a helicopter stationed closer (or within) the Canadian Arctic, they would not have had to request help from a civilian helicopter…

Perhaps more importantly in this case was the Griffon helicopter from CFB Cold Lake Alberta, which ultimately reached the site and rescued both the two missing hunters and the pilot of the first civilian helicopter. Perhaps if the Canadian Forces had a helicopter stationed closer (or within) the Canadian Arctic, they would not have had to request help from a civilian helicopter which ultimately was not able to conduct the rescue, and ended up becoming a casualty itself.

In any case, Nunavummiut will continue to hunt the land and harvest the sea year round, and there is nobody on the planet better prepared and skilled to travel and survive in the Canadian Arctic than the Inuit. But incidents will still occur, and it’s comforting to know that when help is needed, the whole community will quickly rally together to offer any assistance they can.

It’s also quite reassuring to know that no matter where you are in Canada, if you get into trouble, there are people who will jump out of an airplane onto the frozen surface of Hudson’s Bay in temperatures of -55 just to help you.

And here I had been feeling a little heroic just braving the cold on my walk to work that morning. 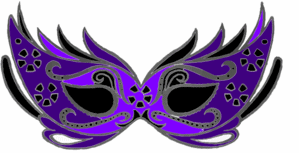 Masque of the Blue Death
The Phaaantom of Austerity is here...inside their minds...