Moody’s Blues, or: Commission of Government 2.0

Yesterday’s news is not the end of the world. But it’s a small part of a larger process: our control over Newfoundland & Labrador’s future is slipping away.

Yesterday’s news that Moody’s Investor Services had downgraded Newfoundland and Labrador’s credit rating set a number of chins wagging across the province. Ratings announcements have become an important part of political theater in recent decades.

Bond rating is an important political act. Governments receiving good news like to trumpet this as evidence of their “sound financial management.” Governments getting bad news also often like to trumpet downgrades as a mechanism to support major changes in public policy—e.g. in this case, the need for deep provincial spending cuts. These are deeply political processes.

Indeed, bond rating decisions are the most publicly-transparent part of the system by which a small network of large financial institutions influence how much interest governments should pay for the money they borrow.  When interest rates go up, the government’s debt servicing costs increase, which in turn can worsen underlying financial difficulties. In worst-case scenarios, the start of a serious financial crisis in which governments ultimately “go broke” usually begins with a series of credit rating downgrades. (And “going broke” usually means surrendering complete control over public finances—Greece is a good example here.)

To be clear: yesterday’s news is not the end of the world. But it is a small part of a larger process that we need to understand. Our control over Newfoundland and Labrador’s future is slipping away, one way or another.

What’s in a bond rating?

Bond rating on public debt—in this case, the bonds that governments like Newfoundland and Labrador’s sell to raise money to finance public services—require that the government pay interest to the purchaser. The amount of interest is supposed to be influenced by the amount of risk the purchaser perceives in the underlying finances of the province. Bond ratings from services like Moody’s are supposed to “help” investors decide how much interest they should get relative to the risk they are taking in investing in that asset.

If everything is working properly—and a boat-load of studies have highlighted that it often does not—this should mean that a higher risk that a province can’t pay its debt should equal a lower credit rating, which in turn should result in higher interest rates (which would be really bad in our case).

In terms of the credit rating itself, Moody’s is only one of four major credit rating agencies. Other agencies will offer their own analysis, though generally rating agencies tend to reach remarkably similar conclusions.  What Moody’s did was to move Newfoundland and Labrador’s credit rating down from Aa3 (which categorized Newfoundland’s debt as “high grade”) to A1 (which is medium grade) with their outlook shifting from stable to negative.  In comparative terms, Moody’s has all other provinces rated as high grade (above A1): NL is alone in the medium category.  Indeed, unless a government is facing serious problems, public sector debt is almost always rated highly—governments pay their debts and financial markets see these investments as low risk.

If Newfoundland and Labrador were not a Canadian province and if there was a truly competitive market (the way economists often assume) for provincial debt, we would already be in big trouble.

To put it simply, bond rating aside, we do not pay interest rates that reflect the mounting financial problems facing Canadian provinces. Recent research has highlighted that the small group of financial intermediaries who manage the sale of public debt operate under an assumption that effectively the federal government guarantees provincial debt.

In other words, if a province were to run into real trouble, the federal government would bail out the creditors.

Essentially the logic is that because the federal government is accountable to provincial voters—and because most of the provinces’ creditors are large Canadian investors—politically, provinces are operating with a federal guarantee. Observing this from the outside, all I can say is that it’s a pretty good bet. Indeed, NL has already received unique financial assistance to help stave off a collapse in public finances: the recent Hibernia Dividend Agreement which helped the province produce this year’s surprise budget surplus should be understood as a kind of “bail out” to help reduce net debt and stabilize the province’s finances.

It is highly likely that the federal government will rescue any province. But it is important to understand that there will be conditions attached to that: changes in local policy will be imposed on the province.

Consider it a hidden benefit of federalism. In practice, creditors have been ignoring the significant differences between provinces, so by and large provinces all pay similar interest rates.

How much does Moody’s matter?

News that the province’s credit rating is going down is important.

Firstly, while interest rate differences across provinces have historically been small, since 2015 they have widened. In the wake of the collapse in oil prices and growing recognition of the financial challenges of Atlantic Canada’s unique demographic situation, creditors have started to have doubts.

As should be obvious, the provinces are not all the same. NL has the highest debt load in the country, and it has a rapidly aging population which means increasing health care costs and a smaller labour force to service future debts. And, of course, we have Muskrat Falls, which Moody’s highlights as the key cause for worry.

Indeed, Newfoundland and Labrador has recently had to reissue some bond offerings after there was no interest from creditors. The situation is getting worse and the cost of borrowing will increase.

Second—and far more concerning—is that Moody’s downgraded credit rating assumes that the province will reduce public spending by more than 7% by 2021. That is a staggering number. Over the last four years of budget-related austerity the government has already made deep cuts, but because of inflation and a near doubling of debt servicing costs, total public spending is basically the same as it was in 2015.

Achieving a 7% cut is both highly unlikely and, in policy terms, highly undesirable. But the fact that it may become necessary only highlights the risks to our control over our future being created by the government’s current approach to our financial problems.

Whether it is our creditors or the federal government that ultimately decide to impose a solution on Newfoundland and Labrador may not make much difference.  The point is that we are in trouble. There are no magical quick-fix solutions, and kicking the can down the road means that external actors will increasingly make our choices for us.

Selected Coves of Newfoundland & Labrador, Classified
A partial selection of the 170+ coves in Newfoundland and Labrador, organized according to arbitrary whimsy. 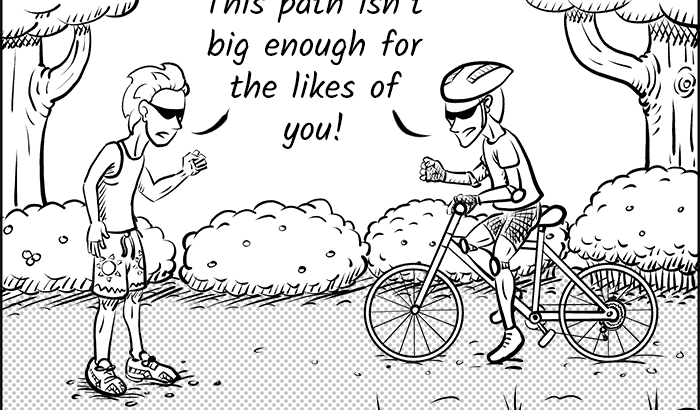