Letting Canadians get away with tax evasion hurts us all

During the twenty years I was editor of the CCPA Monitor, monthly journal of the Canadian Centre for Policy Alternatives, we published a dozen or more articles about offshore tax havens.

Until the leak of the Panama Papers a few years ago, however, the identity of most of the individuals, corporations and organizations that secreted money overseas—thus avoiding taxation in their home countries—was unknown. But the 2015 leak of 11.6 million documents detailed the tax haven activities of more than 214,000 wealthy people and public officials.

Then came the recent massive leak of the Paradise Papers, which has opened the tax avoidance floodgates wide. They identify thousands more companies and individuals that hide money from domestic tax collectors in some of the hundreds of foreign tax havens that have proliferated around the world, including Bermuda, the Cayman Islands, and the Bahamas—the real ‘pirates of the Caribbean’.

In the United States, the offshore ties of more than a dozen of Donald Trump’s advisers, cabinet members, and major donors were also listed. One in particular, Wilbur Ross, a private equity tycoon who serves as Trump’s commerce secretary, was exposed as having a stake in a shipping company that is funded and co-owned by the son-in-law of Russian President Vladimir Putin.

The leaked files were first obtained by the German newspaper Suedddeutsche Zeitung and shared with the International Consortium of Investigative Journalists (ICIJ) and a network of more than 380 journalists in 67 countries, including CBC/Radio Canada and the Toronto Star in Canada.

They contain the names of more than 3,000 Canadian entities, including hundreds of companies, wealthy individuals, accountants, and people who inherited money secreted in their families’ offshore accounts. The business firms named include Loblaws, Maple Leaf Foods, Dare Foods, Petro-Canada, and the Glencore mining company.

None of these tax haven users, however, have admitted any wrongdoing. They challenge their accusers to prove they are guilty of tax evasion, or even tax avoidance. Given the vague and loosely defined tax laws in Canada, that kind of solid evidence is very difficult to produce.

“The tax rules in Canada are not clear and tend to cause confusion,” says Jonathan Farrar, associate professor of accounting at Toronto’s Ryerson University. “If they were clear, it would be much easier to determine if a person or corporation actually was guilty of tax evasion.”

Most of the recently leaked tax haven files originated with Appleby, the world’s largest offshore law firm. It helps its clients, including giants such as Apple, Nike, Uber, and the Canadian companies named above, to avoid taxes legally by exploiting tax law loopholes and engaging in ‘creative bookkeeping’.

It’s worth noting that Canada ranks as one Appleby’s biggest sources of clients, surpassed only by the United States, the United Kingdom, and China.

The Canada Revenue Agency has a less than stellar history of dealing with tax evasion and fraud. This can be expected to improve somewhat, since the agency was given nearly $1 billion in last year’s federal budget specifically to crack down on tax haven shenanigans. Indeed, Revenue Minister Diane Lebouthillier claims that the CRA “is close to recovering #25 billion in unpaid taxes.”

We await this achievement with mixed, if not dubious feelings. We know that, in the past, the CRA’s tax collection record has been lame, especially when compared with the success of other countries in cracking down on tax evaders.

Sean Davidson, a reporter with CBC News, after comparing the CRA’s record with those of other countries, advised that, “If you’re going to get caught cheating on your taxes, get caught in Canada. You might have to repay every withheld cent, plus fines and interest, but, once the CRA is done with you, there’s a good chance you won’t also land up in prison.”

He quoted Toronto-area accountant Darryl Hayashi: “The Canadian government, basically, just wants its money back.” In most cases this is done through civil proceedings in Tax Court without laying criminal charges. Only in the most egregious cases—23% of all cases in Canada in 2013—are jail sentences imposed.

In sharp contrast, in the United States in the same year, 80% of its convicted tax evaders were sentenced to jail terms, in addition to paying their withheld taxes.

Britain is also emulating the U.S. in cracking down a lot harder on its tax evaders, Sean Davidson reports. “The U.K.’s tax agency, known as Her Majesty’s Revenue and Customs, is half way through a five-year drive to increase tax-related criminal prosecutions fivefold.”

In Canada, one of the main problems with tax collection stems from the CRA’s adamant refusal to divulge the extent of the gap between the amount of taxes due and the amount actually collected. According to Toronto Star investigative reporters Alex Boutilier and Robert Cribb, “Over the past six years, three different parliamentary budget officers—mandated to report to Parliament on fiscal matters—have requested this data,” only to be rebuffed time and again by the CRA.

Canada’s current parliamentary budget officer, Jean-Denis Frechette, bemoans the long and fruitless tug-of-war with the CRA for access to this vital tax gap information. “We had legal counsel, they had legal counsel. Our lawyers said the PBO reports to Parliament and thus should have access, their lawyers said we didn’t. After six years of futile sparring with the CRA, we had to give up and walk away.”

“More than a dozen other major countries, including the U.S., the U.K., Sweden, Denmark, Belgium, Australia and Mexico, measure and publicly report the amount of their uncollected taxes from both domestic and offshore sources,” Boutilier and Cribb point out. “They do so in order to understand the size of their shortfalls and plan effective public policy strategies to address the problem.”

For more than 50 years, the U.S. has been measuring and disclosing the amount of taxes due that never make it into the country’s revenue coffers. In Canadian dollars, the latest amount for the U.S. is calculated at $680 billion. The U.K. figure is $70 billion, the European Union’s $260 billion, Sweden’s $24 billion, and Australia’s $2.8 billion.

As long as the CRA keeps Canada in the dark, however, “it means that public policy is being made in a knowledge vacuum,” says Frechette.

Occasionally the CRA will divulge some information, estimating, for example, that about 5.6% of potential tax revenue went uncollected every year between 2000 and 2014. “But this information,” Boutilier and Cribb emphasize, “ignores the white elephant in the room: uncollected offshore taxes from the billions of dollars flowing out of Canada into foreign tax havens.” Without that knowledge, the domestic shortfall alone is not enough to determine how best to tackle the tax gap.

“The CRA has just gone for the low-hanging fruit and left the important tax matters alone,” says Liberal Senator Percy Downe, a vocal advocate for tax gap reporting in Canada.

None of these critics of the CRA, as far as I know, have speculated on why the agency is so unyieldingly opposed to releasing the tax gap data. The only reason I can think of is that the CRA is afraid that disclosure of these figures will reflect badly on its collection methods. As it probably would.

Regardless of how this squabble over tax collection ends, regardless of whether non-payers are considered avoiders or evaders, regardless of whether or not most tax haven users are withholding their taxes illegally, surely there is a more troubling moral and ethical factor to consider. It has to do with the ability of so many people to get away with not paying their taxes. They can do so because they’re rich. They can afford the expensive advice of high-priced lawyers and accountants who can exploit convenient loopholes and ambiguities in the tax laws. This explains the vast amount of taxes owed that never get collected.

So, largely because of the riches they have amassed, the super-wealthy of the world are able to hide from the tax collectors an estimated $21 trillion in offshore accounts.

This is not to imply that the middle class should have the same advantage, but rather that the billionaires and millionaires should have this advantage stripped from them. It is surely not beyond the capacity of any government dedicated to tax fairness to tighten up its tax laws and force all taxpayers, irrespective of their incomes, to obey those laws.

This of course raises the key question of how many governments are truly devoted to ensuring tax fairness. Canada’s federal government, unfortunately, doesn’t seem to be one of them. 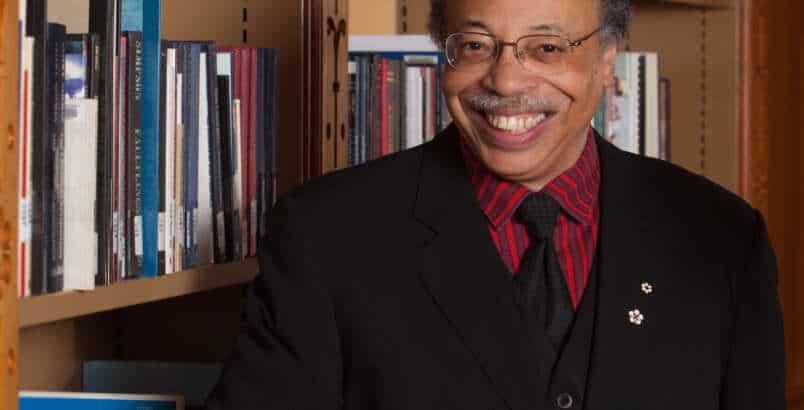 Measuring progress toward a better future
It's time to look ahead toward the next provincial budget.