The NDP victory in last week’s Alberta election shook that province and the country. But what does it mean for the federal NDP and the NL NDP here as we approach federal and provincial elections in the fall?

My God. Has it really been a week?

It’s still hard to believe that the Progressive Conservative dynasty in Alberta was toppled by the NDP after 44 years. I’m not sure I’d believe it myself if I wasn’t here in Edmonton to see it with my own eyes.

Opinion here is polarized. Bum around the U of A campus and you’d think you were in Petrograd after the fall of the Winter Palace. Meanwhile, up in the PC/Wildrose oasis of Grande Prairie, business owners are earnestly worried that Rachel Notley is going to show up with a big burlap sack and personally expropriate their office supplies.

For my part, I’m cautiously optimistic about the new government. This is a nice change of pace from my usual cautious pessimism.

But now that the dust is settling on the seven days that shook the world, the question everyone is asking remains the same: what does an NDP victory in Alberta mean for the rest of the country? And what might it mean for Newfoundland and Labrador, the only place in Canada right now with a Progressive Conservative government?

Western alienation rules everything around me

Federally, it’s hard to say how this will play out. Federal politics are an ungodly mess of regional dynamics, linguistic and cultural pressures, strategic voting, and reaction to the momentary fluctuations of international politics and global capitalism. So it’s a bit foolish to pretend to forecast what any single change in one of many potential variables might actually mean, especially when we’re this far out from the vote.

But then I am a fool, so I will hazard a few guesses.

I can’t really see the provincial NDP win in Alberta having too profound an effect on what happens in Alberta in the federal election. Notley spent much of the campaign emphasizing the disconnection between her operation and Thomas Mulcair’s NDP, so it’s not clear how much material support the party here will pour into helping their federal cousins.

It’s unlikely, anyway, that Albertans will abandon the federal Conservatives en masse. Whatever the empirical ideological leanings of Albertans — and they’re clearly not all the Truck Nutz-loving cowboys the rest of Canada assumes they are — the federal Tories, and Harper in particular, are seen to represent ‘Western’ (read: Albertan) interests in the PMO, as opposed to (Quebecer) Tom Mulcair or (Quebecer and spawn of Satan) Justin Trudeau. Alberta is on par with Quebec and Newfoundland and Labrador as a fiercely regionalist province, even for a political system defined by its fierce regionalisms. Most voters here will not let their province’s hegemony in Parliament go gently into that good night.

In the rest of the country, it’s also hard to say. The psychological impact of Notley’s victory is huge — many people are now convinced that if the NDP can win in Alberta, they can win everywhere. But the key word here is ‘can’, not ‘will’. It’s also entirely possible that, by making the NDP more attractive as a ‘viable’ party to vote for, this will end up drawing strategic voters in, say, Ontario away from the Liberals and split the anti-Harper vote, giving us another Conservative majority.

Then again, beyond a modest tax hike on the rich it’s not totally clear the federal Liberals really represent that much of a progressive alternative anyway. But that’s a story for another time!

Meanwhile, back in the bay

But what odds about federal politics. Does the NDP winning in Alberta mean the NL NDP might have a shot at taking government in 2015?

To put it mildly: no. There are a number of challenges the NDP have to overcome in NL to be seen as a ‘government in waiting’, and not all of them are related to the perception that ‘the NDP will never win’.

People in this province seem generally more content to be managed by the appropriate political and economic elites than to insist — or demand — that the Common Person should have a seat at the cabinet table.

It’s worth emphasizing some of the differences between Alberta and Newfoundland and Labrador politics. For one, Alberta is — despite what its long-living political dynasties might suggest — fundamentally a populist province. The instant the electorate senses that the government has become detached from the interests of ordinary people, they stampede to the ballot box to throw the bums out. Of course, the key word here is ‘senses’ — Ralph Klein, for instance, was a master of the common touch at the same time as he was selling the province off, hand over fist, to corporate interests.

Newfoundland and Labrador is a little different. Save two moments in Joe Smallwood’s career — the triumph of Confederation in 1949 and his decisive ejection from power in 1972 — populism has not been a major force in provincial politics.

(You can make a case for William Coaker and the Fishermen’s Protective Union as a major populist movement in the pre-1934 Dominion, but that enterprise fell apart long before it got as far as its Albertan counterparts, Henry Wise Wood and the United Farmers.)

People in this province seem generally more content to be managed by the appropriate political and economic elites than to insist — or demand — that the Common Person should have a seat at the cabinet table.

Hence the situation in 2015. It’s almost universal opinion that the Tories have mismanaged the province and need to be punished by the electorate. This, in turn, requires handing the reins over to the Liberals, because rightly or wrongly they are seen as the only other party prepared to come in and manage things. This perceived competence stems more from their not being the Tories than anything Dwight Ball and friends have actually said or done.

In other circumstances, this might be an ideal time for an NDP surge. Most people hate the governing party and, aside from the card-carrying partisans spamming #nlpoli with door-knocking selfies six months out from an election, they’re not particularly fussy about the Opposition, either. Earle McCurdy isn’t Rachel Notley — few people in Canada can match her almost superhuman sparkle — but compared to Ball and Paul Davis he comes off like JFK. The problem is that he’s leading a crippled party.

The Alberta NDP have been actively building for this moment since at least 2011 — more than two elections ago. They held regular focus groups with voters, built a grassroots donation base, and established party organizations in every district across the province. You know – they actually built a modern political machine and made sure it was giving a voice to voter interests.

The Alberta NDP…held regular focus groups with voters, built a grassroots donation base, and established party organizations in every district across the province… [T]hey actually built a modern political machine and made sure it was giving a voice to voter interests.

It also helps that long-time Alberta NDP leader Brian Mason gladly relinquished the leadership in the interests of advancing the party. Now he’s going to be a cabinet minister in an NDP government. In Alberta.

This is pretty much the opposite of the NL NDP. They swept St. John’s in 2011 thanks to a slate of strong candidates and a total collapse in the Liberal vote, but instead of building on this they opted to immolate themselves. Now McCurdy has to more or less start from scratch. He stands a good chance of turning out a better showing than most people anticipate, but he’s not winning government in 2015 short of Dwight and Paul releasing a Nazi-themed sex tape.

So although people are peeved by the prospect of austerity, and annoyed by the Liberals’ incredible ability to not actually articulate any plans for their future government beyond ‘not be the PCs’, it seems pretty unlikely that the NDP will come up the middle in time for the next election.

But! If they’re in it for the long game, there’s no reason they can’t lay the groundwork for victory in the future. It’s unlikely that the provincial economy is going to vastly improve under the Liberals. They will drop a few austerity budgets out of necessity but our short-term economic fortune mostly hinges on whether or not oil recovers, and whether or not the Canadian real estate market has to finally pay the piper before the 2019 election.

The organizational roadblocks remain, but the psychological barrier has been lifted and the timing is opportune. If the NL NDP can’t get their shit together in the next half-decade, they have only themselves to blame.

The odds may vary by location, but now all bets are off. After Alberta, anything seems possible.

MUN tuition increases will hit most vulnerable
International and graduate students this year, undergrads will be next 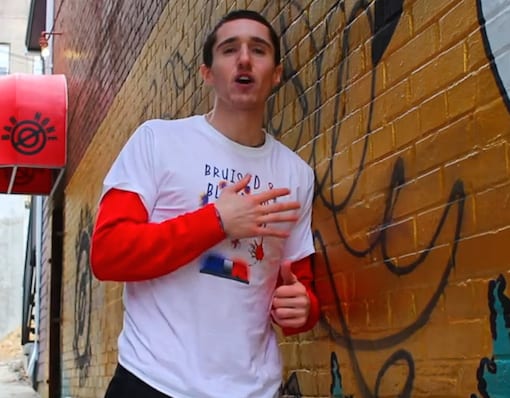 Local spoken word artist takes on police brutality in new video
Timo Sargent of TNT Creation says "Bruised & Bloodied Sirens" was inspired by "that sickly feeling we get while seeing injustice, and the subsequent furious…