Nature abhors a vacuum and when the attention economy is starved of real information it will begin to produce and consume bullshit.

For the duration of the 2021 provincial election, we are making our donors-only ‘letters from the editor of the Independent’ public. This article was initially sent to subscribers on 24 January 2021 (#38). For more like this delivered directly to your inbox every week, donate here.

Recently, a reader told me they felt the newsletter had become too negative lately. They’re not wrong; the last few dispatches have not exactly been bursting with sunshine. The counterpoint is that I write mainly about politics in Newfoundland and Labrador, and my genuine assessment of the political situation here is that things are, on the whole, trending badly. And since my primary obligation to readers (and myself) is to write honestly, looking at the big picture often compels me to be a bit of a Buzzkill Brown.

Consider the first week of the campaign. So far it’s been dominated largely by petty partisan Twitter beef and varying levels of sookery from parties and their (ex-)candidates. The mysterious workings of the Premier’s Economic Recovery Team remain a central issue and the Liberals largely refuse to talk about it. The Tories are happy to lean into this with their “release the Greene report” petition, despite the fact that the report will not physically exist until the end of February. Presumably they know this, but are content with poisoning the well of public reason because it helps give them an edge against the government. (Plus, the petitions are a great exercise in data mining.) The real race is to the bottom—and everybody’s winning.

We are clearly in the middle of a vicious cycle. Everyone knows the PERT is handling discussions around the major issues facing the province—particularly its mounting public debt and deeply-troubled finances. But we get no real information about the PERT, which leads to a lot of (deliberate or otherwise) misunderstanding about the PERT, which leads to scolding from the Liberals, which leads to further (deliberate or otherwise) misunderstanding about the PERT, and so on, ad infinitum. Nature abhors a vacuum and when the attention economy is starved of real information it will begin to produce and consume bullshit. A frank conversation about the frank conversations happening around the province’s future would clear a lot of this up, but that seems to be off the table. For a campaign that is allegedly premised on the question of which party you trust more, nobody really seems interested in doing the work to build it.

But! My reader raises a fair point. Endlessly fixating only on problems is demoralizing—and demobilizing, which is the absolute worst emotional state to cultivate during such an important election. Also, it’s a bit like shooting fish in a barrel. So as a challenge to myself, I am deliberately looking for things about the campaign that make me feel good instead of bad.

There is some genuinely exciting stuff happening.

While the circumstances of this snap election raise serious questions about the overall health of the province’s democracy, there are a number of exceptional candidates standing for election to the House of Assembly. It’s significant that women and non-binary candidates make up more of the overall slates than ever before—17% of Alliance candidates, 22.5% of PC candidates, 37.5% of Liberal candidates, and 51.5% of NDP candidates, respectively. We haven’t arrived at total gender parity, but things seem to be trending in the right direction. Of course, there is no action without reaction, and it’s definitely disheartening to hear about many of these candidates facing sexism and discrimination straight out of the gate. But the backlash so far seems to be backfiring in that it has generated solidarity among women both on and off the campaign trail. By working together across party lines and shining media spotlight on the obstacles women face in public life, those barriers can be exposed and eroded. It’s still an uphill climb, but Newfoundland and Labrador seems well on its way towards a feminist future.

Speaking of the future: it is not transpiring overnight, but we can observe a generational seachange washing over public life. Millennial and Gen Z Newfoundlanders and Labradorians are invested in shaping a future here on their own terms and with their own voices represented at the table. We can see this happening not only on the candidate lists but also in more positions of power within the parties themselves. Youth in itself is not a virtue and certainly no guarantee of enlightened attitudes or material progress, but it is an unequivocally good sign to see fresh blood flowing through old institutions. We don’t have to consign the province to a Children of Men timeline just yet, and that on its own is a victory.

It’s tempting to see the campaign so far as largely substanceless. This may be true on the part of the major parties in the trenches, but we are seeing some fairly robust policy discussions happening among civilians. The Newfoundland and Labrador Medical Association definitely hasn’t been afraid to push for conversations about the future of healthcare in the province—specifically, action for the nearly one-fifth of residents without a family doctor. Municipalities Newfoundland and Labrador is also doing some impressive policy advocacy work of its own, which will hopefully compel some aspiring MHAs to address all the loose ends surrounding the most important order of local government. And even the tireless advocacy of private citizens like Kristi Allan, keeping vigil outside the Waterford Hospital for weeks, are driving long-overdue conversations about resource requirements for long-term mental healthcare. If provincial politicians so far seem loath to seriously talk about issues facing the province, civil society is both willing and able to pick up the slack. Our democratic institutions may be deeply diseased, but our collective democratic impulses seem more vibrant than ever.

Finally, I think Labrador is a real bright spot in this campaign. The Big Land is probably the most exciting region in the province right now. (You can also make a pretty compelling argument that its Indigenous governments are better organized and managed than our provincial settler-state.) It has explosive economic potential and this is reflected in its new significance in provincial politics. In many ways the 2019 provincial election was a story about how the Liberals took Labrador for granted and paid dearly. There are some signs this may be repeated again in 2021. Labrador is critically important to the balance of power in the House of Assembly; Labradorians are increasingly conscious of this importance and are flexing their muscles accordingly. Lela Evans and Jordan Brown are both remarkable MHAs and major players in their respective parties, and the PC and NDP campaigns have so far featured their Labrador constituents prominently. Lake Melville in particular is probably the most interesting district in the province right now. It is the only contest featuring two independents—incumbent Perry Trimper and Andrew Abbass—and between the jigs and the reels there is a distinct chance for a political upset that sends either PC Shannon Tobin or NDP Amy Norman to the legislature. It’s very cool stuff. I am genuinely fascinated by politics in Labrador and following the campaign there is totally energizing. Here’s hoping the voters there decide to tell us imperious southerners to go shove it.

OK! That is enough optimism out of me. Do not fear: your regularly scheduled doomer dispatches will resume shortly. God knows there is no shortage of material. But this was a nice exercise in brushing my brain against the grain. When you’re thick in the relentless grey fog surrounding the Confederation Building, it’s always worthwhile to search out those silver linings.

Photo by Suganth on Unsplash.

NL Election 2021 District Focus: Mount Scio
Candidates Sarah Stoodley, Sheilagh O'Leary, Andrea Newbury, and Damian Follett talked to us about they would represent Mount Scio in the House of Assembly. 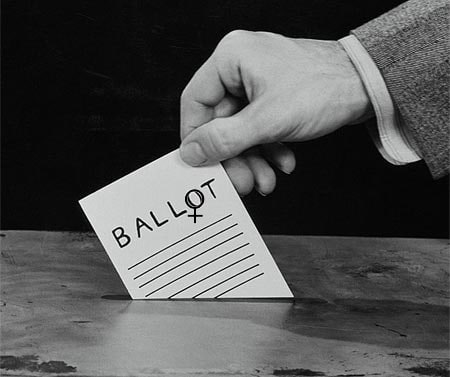 Women and the 2021 NL General Election
With more women listed on the ballot than ever before, candidates and advocates highlight their experiences—and barriers to political participation.