Some Thoughts on Budget Day, Before the Lockup

All mysteries will be revealed in Monday’s lockup.

Every Monday, we are making our donors-only ‘letters from the editor of the Independent’ public. This article was initially sent to donors on 30 May 2021 (#46). For more like this delivered directly to your inbox every week, donate here.

If there’s one thing I’ve learned this year, it’s that you’re better off smashing your crystal ball when it comes to Newfoundland and Labrador than trying to scry anything among its drifting shadows. So I’m not going to make too many predictions about what we might expect to find in the 2021 budget coming up. The Liberal government has assured us that they are committed to doing extremely real and serious consultations around the recommendations of the Greene Report, and that any similarities between the PERT and the contents of this budget are purely coincidental. Because I am a card-carrying masochist who loves to suffer, I’m going to take them at their word. I honestly expect another ‘hold the line’ document more than any real foretaste of a ‘big reset’, but I have been known to be wrong before. All mysteries will be revealed in Monday’s lockup.

But it’s not a bad idea to think about the state of play going into this.

So, where are we? The Greene Report, a kind of nightmare exercise in 90s nostalgia, has been setting the terms of discussion of how to take the province back to the future with the ‘one weird trick’ of privatizing public assets and gutting the last vestiges of post-war social democracy. The Premier has freely admitted he’s on a “crusade” where “everything is on the table.” The government is actively encouraging scab labour while paramedics are taking job action and there are open musings about if and/or when Hydro-Quebec is going to snap up the Churchill River at a coming estate sale for the late great planet Newf. Hard not to feel like we’re being positioned on the edge of a great big funnel directly above a meat grinder. They’re pitting everyone against everyone else. It’s the politics of resentment all the way down. Hold onto your butts.

Anyways: they are clearing the decks as part of our debt negotiations with Ottawa, and this is where the Dame’s austerity manifesto comes in. All this is an exercise in political theatre. The provincial fiscal crisis is fundamentally a political problem. It will be settled politically with the federal government. All the hand-wringing about banks and creditors ‘foreclosing’ on the province falls somewhere between misunderstanding of how subnational state finances work or active misdirection. It’s cover for class war. The banks can’t repossess the province; Ottawa guarantees the debt and everything falls on them. This isn’t to say whatever solution they impose on us won’t be roughly as draconian as what the banks would ask directly—it’ll probably line up pretty close, considering the actual arrangements of power in this country. (Consider the federal government’s stance on clawbacks for executives abusing the Canada Emergency Wage Subsidy to pad their own pockets—compared to how they treat CERB recipients—as a masterclass in “when they tell you who they are, believe them”!)

It is genuinely hard to tell how much of this is ‘pure ideology’—how much our rulers really believe this shit, how high they really are on their own supply. When the Premier is invoking the language of a zealous crusader, you have to wonder whether or not Reason has left the building. Certainly we are also dealing with path dependency—a kind of institutionalized sunk-cost—where inertia makes it impossible to switch tracks even when you know you’re careening for a brick wall.

The way the PERT bills doubling down on oil production as part of a ‘green transition’ 30 years out from a self-imposed ‘net zero’ deadline is a good example of the ‘indeterminacy’ here between ideology and path dependency. As Tom Baird points out in his latest piece on the Offshore Oil Exploration (Dis)Incentive Program, the province’s approach to subsidizing exploration doesn’t actually make a ton of sense as an industrial development policy. It makes more sense when considered as a kind of (genuine or cynical) virtue-signaling by a provincial state whose policy capacity is deeply degraded and otherwise captured by various industrial lobbyists.

It’s a chicken and egg problem. Is the provincial state neutered because there is a dominant ideology subordinating it to industrial interests, or is it subordinated to industrial interests because its capacity to operate as a state has been neutered? Is ideology downstream of path dependency, or is it the other way around? (I suppose the properly dialectical answer here is “both.”) Either way, ‘watch this space’ to see how the province handles Suncor threatening to throw in the towel over Terra Nova. NOIA’s commitment to a “positive vibes only” development policy—even after very clear signals that external (and internal) pressures are forcing major fossil fuel companies to take imminent and drastic climate action—suggests our local ruling class is still firmly fixed in the ‘denial’ stage of grief.

In truth there is no clean separation between ideology and material conditions but I am inclined to find the real “tell” for all this in the language the Premier is using. What is a Crusade if not the ideological ‘Act’ par excellence? ‘Seek ye first the kingdom of God’ indeed.

I asked him at a press conference some weeks ago about the PERT’s finding that “[g]overnment no longer has adequate analytical and policy capacity. PERT has been told that this capacity was greatly impacted by previous cuts to core government. The lack of both evaluation and analytical capacity is a serious shortcoming in many government departments.” (pg. 65). When I asked whether it might be wise to address the “government can’t do its literal job of evaluating and enforcing policy” problem before embarking on a program of cutting even more of its core functioning, Furey responded that, sure, that sounds nice, but  “we may as well be talking about unicorns.”

Very reassuring to have the literal Premier indicate that a provincial state with a basic capacity to evaluate the policies it is charged with implementing belongs in the category of mythological creatures! I am lifted on the wings of angels. Forgive them Father for they know not what they do. It’s category errors all the way down. This budget, and everything that follows it, is going to freaking rock.

Anyways: I am not making any predictions, just sketching out the landscape as it appears on the eve of the 2021 budget. Given the lurch the province finds itself in and the ‘consultation’ process designed to manufacture consent around the contents of the Greene Report, it would be surprising if there is anything especially scandalous prepared for May 31. The real decisions are being made in the backroom with the federal government. With the spectre of a federal election—and first power from Muskrat Falls, finally, maybe—looming, there is a powerful incentive to get some kind of deal knocked in place sooner rather than later. The great Furey family gambit only works with a Liberal government in Ottawa ready to broker whatever grand bargain they want to strike for solving the “Newfoundland problem.”

We’ll see what kind of overture the province makes towards this on Monday. 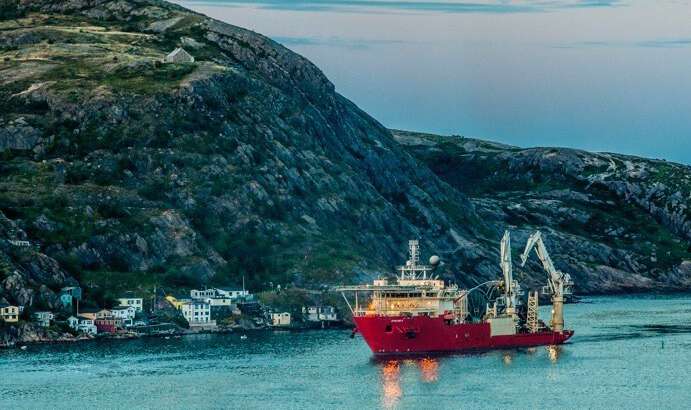 NL Budget 2021: Keep the CHANGE
The 2021 budget highlights a modestly improved fiscal situation and lays the groundwork for implementing recommendations from the PERT.