Giggling on hearing the phrase ‘honourable member’ is unbecoming to a federal politician. Get a grip, people.

Proper dress for an MP on Parliament Hill is business attire. No denim. Gentlemen – no red or blue ties. Ladies – no fascinators. Please.  I know – Princess Beatrice’s was totally awesome. That was a wedding. This is government.

Do memorize the name of your district. If you’re being interviewed by the media and you say, “… as the Member of Parliament for … for … aah …” and then you pull the little piece of paper out of your pocket, the media will jump on that. You know what they’re like.

The people in your electoral district are commonly referred to as “constituents.” It does not become the high office to which you have been elected to call them “my peeps.”

Those of you who represent Francophone districts will have to begin learning French immediately. And work hard at it. There is no alternative. Even the brilliant and savvy John Crosbie couldn’t get away with saying, “I don’t speak Chinese either.”

The other day I heard an argument in the halls over whether, when we go to Rideau Hall to be sworn in by the Governor General, she is to be addressed as “Your Majesty” or “Your Highness.” Both are incorrect. You are to address the Governor General as “Your Excellency.” And she – Michaëlle Jean – was replaced by David Johnston. Seven months ago.

I want to dispel the rumour that
the Black Rod is a euphemism
for The Leader’s walking cane.

There is much confusion about the institutions and offices of Parliament. You will all learn about this in MP Boot Camp. For now, I want to dispel the rumour that the Black Rod is a euphemism for The Leader’s walking cane. Black Rod – more properly the Usher of the Black Rod – is in fact an office held by a person, and, apparently surprising to some of you, he is Caucasian. And no, his name is not Rod. It’s Kevin MacLeod.

Behaviour in the House of Commons

Seating in the House is assigned. You must sit at your assigned desk. Please don’t show up early to try and get a seat at the front. Or the back.

Don’t wear earbuds. Especially during Question Period. Even if you’re listening one more time to the podcast of the Leader’s Debate. Yes, He was amazing. Not the point.

It is suggested you turn off cell phones, Blackberries, and all your iGear before taking your seat. It’s just like at the movies.

Do not pass each other notes. You wouldn’t want the Speaker to say, “Perhaps you’d like to share what’s in that note with the rest of us.”

Under no circumstances are you to text or surf the Web while sitting in the House. I say again – the proceedings are televised. Working at something with both your hands under your desk, in the general vicinity of your crotch – not a good idea

Do not pass each other notes. You wouldn’t want the Speaker to say, “Perhaps you’d like to share what’s in that note with the rest of us.”

Familiarize yourselves with the rules of conduct in the House of Commons. If you wish to speak, for example, you must stand and wait for the chair to recognize you. Raising your arm, saying, “Ooh. Ooh. Sir??” and snapping your fingers will not be tolerated. You must address the chair by saying, “Mister Speaker.” Not one or the other of those words. Both.

I am getting reports of verbal abuse directed at the Parliamentary Pages. This will not be tolerated and is not in your own best interests. You should be nice to them; they can be helpful to new MPs. They’re more experienced than many of you. And some are even older than many of you.

I have The Leader’s concurrence in ordering that henceforth, under no circumstances whatsoever is any member of the caucus to go to Las Vegas. Ever again. For any reason. At all. Ever.

Two nights ago, someone spray-painted “Adolph Harpler” on the door to the PMO. I just hope it wasn’t one of us. I’m just saying – that would not be good.

In response to the petition, we are looking into getting a coffee kiosk set up in the Opposition Offices area. I’m sorry to disappoint you, but it’ll have to be Tim’s. I know – you can finally afford Starbucks, but The Party considers Starbucks elitist. Tim’s is the coffee of The People. Suck it up.

Please stop asking if there will be mid-terms and what the marking scheme is. You may rest assured that for the next four years, within our caucus at least, marking will definitely be on the curve.

Contrary to the expectations of some, being enrolled in Political Science studies at the time of your election will not result in preferential treatment.

Taking part in caucus discussion is encouraged but not absolutely required. Please stop asking if you’ll be marked on class participation.

… indiscriminate shagging going on all over the hill … has to stop at once.

Many of you apparently can’t wait to “christen” the Parliament Buildings, in that same way the randy tool shop owners we all read about on TheIndependent.ca site were always “christening” places. There are reports of indiscriminate shagging going on all over the hill. Inside and out. This has to stop at once. You might at least wait until you are assigned an office with a door that locks. The cleaning staff has been complaining. Oh, and don’t be at that in the bell chamber atop the Peace Tower. If the carillon starts up, a bigger bell than you were expecting may be rung.

Stornoway is the official PRIVATE residence of the Leader of the Opposition. Some of you have apparently said to The Leader that once they’re moved in, you might drop in on him and “Liv” and just, you know, hang. The Leader has asked me to convey as gently as possible that such drop-ins will certainly be a hash-tag fail.

Now that we are the Official Opposition, we will receive funding for a number of support staff, including research staff. Please note that this staff is not to be assigned research relating to term papers and theses. No exceptions.

Please don’t all go out and
each get a Viper like Danny’s.

Notwithstanding all of the above, you will still, indeed, be paid $157,731 per year. That rumour is true. And yes, that’s just your base salary. Please don’t all go out and each get a Viper like Danny’s. It does not fit The Party’s image as being “of the people.” Get a hybrid. The Toyota ones are apparently wicked. The Vespa is also on the list of approved NDP vehicles. Skateboards are not.

On a personal note

I would strongly urge all Party members to cultivate the use of a broader range of verbs in oral and written communication, with a view to projecting a greater degree of erudition. (Look it up). I’m thinking of verbs like ‘said, asked, thought, replied, responded, concluded, assumed, deduced, alleged, inferred, implied, whispered, shouted, demanded, and so on. “I’m like,” “He’s like,” “She’s like” – they just won’t cut it.

Don’t get me started on “whatevs.”

Wisdom comes with age and experience. I want to share something with you all. Before I became a politician, we had a saying on the loading dock – “Engage brain before operating mouth.” Words to live by. Always think before you speak, especially when talking to the media.

Moose season
AHL hockey could be back at Mile One Centre this fall. Is Danny Williams the man with the (hockey) plan? 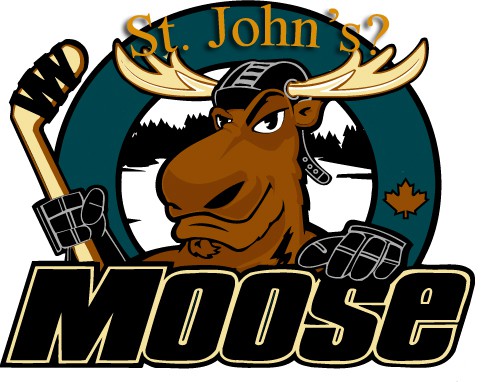 St. John’s in the running for AHL team
2011-2012 could mark the return of hockey to Mile One Centre.