Budget 2015 is bad for the economy

The PC’s austerity budget ignores the fiscal realities of a resource-based economy.

For some time now, the Newfoundland and Labrador Federation of Labour (NLFL) has been talking to its members, to government and to the public about the kind of economy that we would like to see in this province—one which closes the income gap, and one which would create a stronger, more equal economy for our citizens.

Included in that message are three key themes: 1) Austerity budgets do not work; 2) spending is not the problem; 3) tax cuts are not the answer.

The business community in this province has been equally vocal, touting an overinflated public sector and too much spending as the problem. With lower oil prices and a bigger provincial deficit, their solution is to cut the size of the public sector (meaning fewer and less quality public services), no increase to taxes (especially corporate taxes) and to look at alternate forms of service delivery — a.k.a. privatization of public services — through public-private partnerships (P3s).

In true PC fashion, the government succumbed to the pressure of the business community and released a provincial budget cutting the public sector, with no real revenue increases and promises of privatizing long term care in the health care sector. They also announced that government would be bringing in an external consultant to take a look at why spending is higher in Newfoundland and Labrador than in most other provinces.

No need for the consultant, premier! Reports put out by the Canadian Centre for Policy Alternatives in 2013 and 2014 address this issue very clearly.

Newfoundland and Labrador is unique in many ways, a number of which make it more expensive to deliver public services here. Here’s a few:

1. A highly rural population. The population living outside of metropolitan areas in Newfoundland and Labrador was 51.7 per cent in 2013. By contrast Ontario was 11.3 per cent and Alberta 19.4.

2. Difficult geography. The highly rural population is located in remote regions that are often difficult to access.

3. Aging Population and changing demographics. The Newfoundland and Labrador population decreased from the mid-1990s to the mid-2000s, mostly in the younger age group. It has left a much higher aging population with higher costs for health care and other services.

4. Higher than average growth in the cost of living. The cost of living is growing faster on average in Newfoundland and Labrador than in other provinces, a characteristic of uncontrolled, boom-and-bust natural resource-based economies.

5. High unemployment and poverty rates. In 2014, Newfoundland and Labrador had the highest unemployment rate of all provinces and lagged the national average for eight out of 11 indicators of poverty. That means a higher demand for social services.

6. Massive social and physical deficits from decades of underinvestment in lean times. NL entered the boom with large and costly deficits that needed to be addressed across a range of public services and infrastructure from our long years as a have not province.

One has to ask then — what is the consultant really about?

It appears to be an effort to justify further ideologically-driven public sector cuts and privatization.

Look at the root causes; don’t fixate on knee-jerk responses

Instead of obsessing about spending cuts, the government might want to look at the drivers of these costs and consider the areas where they can be addressed. These include employment and poverty. Instead of looking at why the costs are high, why doesn’t the government ask instead: why is unemployment still so high despite years of a booming economy and growing GDP?

The Newfoundland and Labrador Employers Council and the St. John’s Board of Trade discussions have largely focused on per-person spending compared to other provinces. They have not considered affordability.

Talking about spending without talking about revenues and spending needs is meaningless. Newfoundland and Labrador’s expenditures as a share of the economy (GDP) have been falling; in fact, they were approximately 30 per cent of the provincial economy (GDP) through the 1980s and 1990s.

Program expenditures fell to a low of 17 per cent in 2007/08, and as of 2014 accounted for approximately 18 per cent of the provincial economy. That will increase, but only slightly, with the recent decrease in oil prices. As far as spending goes, Newfoundland and Labrador remains middle of the road.

If spending affordability is a concern at lower oil prices, there is also the option of increasing revenues. The government has not yet come close to tapping the revenue room on hand as documented in the report released by the Canadian Center for Policy Alternatives in 2014, Newfoundland and Labrador: Options for a Strong Economy.

Oil and gas are not big employers. In fact, the energy extraction sector creates the lowest number of jobs per dollar invested compared with any sector. Thus, the oil wealth is not being shared with most of the citizens of Newfoundland and Labrador through job creation. As the government continues shrinking the public service, it begs the question of how the province is sharing the wealth. Despite economic growth, Newfoundland and Labrador still has the lowest median income in the nation.

The International Monetary Fund, Conference Board of Canada, TD Bank, among others, have raised concerns that inequality can be bad, not just for quality of life but for the economy — it can actually stifle economic growth. Newfoundland and Labrador is leading the country in pre-tax market income inequality, making redistribution through progressive taxes and government spending particularly critical — especially now. Managing unemployment, poverty and income inequality should trump public sector cuts.

Budget 2015 took important steps towards reinstating progressive taxes on high earners with two new tax brackets at the top and an increase in rates at the higher end.

However, these changes were small and were offset by revenue changes that were regressive in the areas of the HST increase and user fees. And the rate for the top bracket has not been reinstated to the level it was before the cuts in 2007. It is still the lowest in Atlantic Canada, and sits well below most other provinces.

The government’s rate changes to the top income brackets were a step in the right direction, but government needs to look at maximizing revenues for a fairer, stronger and more stable economy.

Public spending and public sector employment are thus critical to stabilizing the economy and they act as a buffer on price fluctuations. Keeping taxes high and maintaining a strong public sector should be a key priority for government in a resource economy like Newfoundland and Labrador.

Tax cuts, especially those implemented by the PC government in 2007 and 2010, and austerity budgets have undermined the ability of the Government of Newfoundland and Labrador to invest in infrastructure and public services.

Keeping taxes high and maintaining a strong public sector should be a key priority for government in a resource economy like Newfoundland and Labrador.

So the government is turning to privatization as a ‘solution.’ The current PCs have pursued the privatization of adult basic education, group homes, food services and security at the Health Sciences Centre. Most recently, they announced they will use a P3 model to build new long-term care facilities across the province.

Traditionally, the private sector has played a role in the building of public infrastructure, while governments financed the project with their revenues and the services remained within the public sector. But P3s are very different. In a typical P3 deal, a consortium of for-profit corporations (and increasingly, non-profit corporations) wins a contract to finance, design, build, own and operate the infrastructure and services. The contract commits the government to lease the infrastructure and services from the corporate consortium over a long period of time — anywhere from 20 to 40 years. Usually, when the lease payments are finished, the run-down asset becomes the responsibility of the government.

There is substantial evidence that shows privatization and P3s result in more secrecy, higher costs, lower quality of services and poorer working conditions.

Evidence is also very clear that P3s do not lower or avoid public debt — they only defer it over many years through lease payments, and this costs a lot more in the long run. In fact, the Ontario Auditor General recently released a damning report about P3s. It concludes that the P3 projects cost over $8 billion more than if they had been fully financed and operated by the public sector. British Colombia estimates its current contractual obligations to its P3 partners to be more than $50 billion.

Good public jobs don’t turn into good private jobs when public assets and services are privatized. Instead, they turn into low-wage, insecure jobs in which the primary motivation isn’t the public good but rather making profit for owners and investors.

Wherever profit is the motive, then something gives: working conditions, the delivery of the service itself, or both. P3s are not the answer. 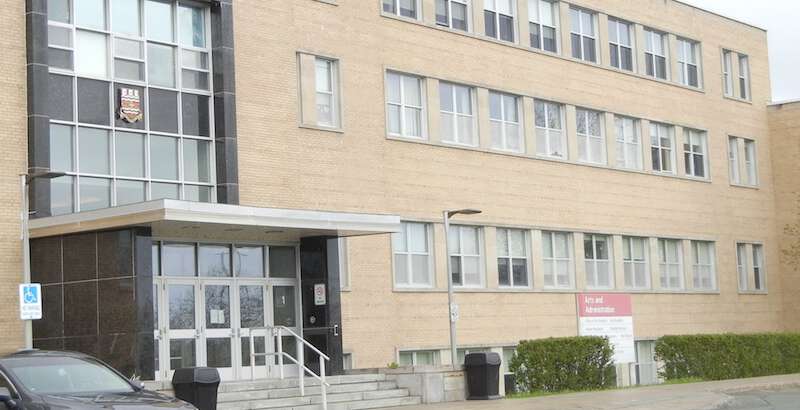 MUN’s purpose, direction questioned as fee hikes loom
Between the provincial government's April 30 funding cuts to Memorial University and a July 10 MUN Board of Regents vote that could see significant tuition… 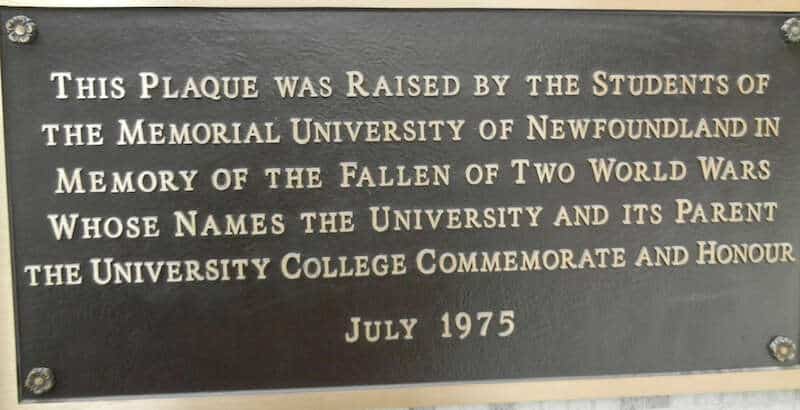 Sacrifice and the public university
When people talk about shared sacrifice, it's rarely anything of the sort.