As Nancy unpacks her own suitcases, she muses on the unsettling nature of settling in somewhere new.

It all looks so familiar – packing my life into two suitcases, having “goodbye” suppers, showing up bleary eyed in an airport (or two), and wondering what I’m doing there. Yes, I have moved once again in hopes of gaining some space on my career ladder of choice. And just as it’s been every time since the first, the unfamiliar is somehow the only thing that remains familiar. In the first few weeks when there are only new faces, a confused sense of the city, and a laundry list of concerns to sort out before the first paycheck rolls in, it can all get a little overwhelming. My label as Ex-pat has been firmly reattached to my chest, and once again I’m presented with the same challenge: I must make this work. But how do I do that when I’m so far away from everything I know?

Nobody to call your own

For any of you readers who have started a new job in a new part of the world, a couple of things will happen – no matter what. You will absolutely feel lonely during the transition period. Sometimes that period will only last a couple of weeks. If it’s a particularly big change it may last slightly longer. It truly is inescapable altogether, however. Even if you are the type of person who enjoys alone time, who likes to wander around by yourself, likes to be independent (I am one of these people, I should add), you will still suffer from the ache. It most likely won’t last long, especially because you have to spend so much time with workmates or running around to sign this and stamp that. But when you get back to your lodgings at the end of the day, it can be a little too quiet. If you are lucky enough to be travelling with your partner or family, it still gets very lonely in an office where everyone is busy doing something and you’re the only one who doesn’t have a place yet. Of course, people remember what it was like when they first started but that’s only really enough for a pity look now and then as you constantly apologize for being in the way.

If you’re really fortunate, as I am, you won’t be the only newbie there. Thankfully, I’ve started this new job with another new teacher and we’ve managed to commiserate together at the end of each day in order to stave off loneliness. It really is the little things that make life easier, and this is a great example. While alone in a new city, of course you can get yourself a taxi to the nearest downtown-esque area. Yes, you can sit at a table in a restaurant and order food. To be sure, you’re perfectly capable of snapping a couple of tourist-y photos to send home for the loved ones to ‘ohh’ and ‘ahh’ over. This is all true. However, adding one more person makes each of those things much more enjoyable (assuming you get along). If you’re female, having another person in the taxi with you automatically makes you feel better. There have been one too many horror stories of things going terribly wrong for women not to have to constantly listen to that voice in our collective heads telling us to be careful. So, it makes for one less thing to worry about in a new part of the world if you at least have someone to glance over at who is just as bemused as you.

The folks back home

When you have all these plates in the air, (i.e. new job, new city, no idea how to get from one place to another, etc.) it can sometimes make you forget about the family and friends back home. Not forget, I suppose, but just not take into account the impact it will have on them. Yes, they have each other and you’re the one who is drifting around in the foggy abyss, but it is a challenge for everyone to manage the stress. Thankfully we have modern comforts that allow us to see and talk to each other without having to be in the same country, but it’s no real replacement. Sometimes you just want a hug at the end of a really exasperating day and you can’t get it. Some of the people I work with have children in other countries and I really don’t know how they manage. How do they manage to keep the loneliness out and not let the stress of it turn them into some kind of monster? I will admit, shamefully, that I forget the impact my absence has on those back home. During those tearful conversations about how hard everything is, when the person on the other end mentions a problem it’s so easy to get defensive. How dare they complain when you are struggling so much? Yes. Shameful, like I said.

At the end of each work day when you’re tired of asking (seemingly) inane questions, you get on the public transit system, get to your empty apartment, sink into a chair and think, “What am I doing?” Well, you need to have a good enough reason to suffer through it, don’t you? Working in another country is wildly common these days. We tend to move in pursuit of careers and other similar opportunities. The jobs we need are not always in our own backyard, so we have to go visit someone else’s backyard for a while. In getting through that initial transition stage, it’s easy to lose sight of the goal and to forget why you agreed to this in the first place. It’s easy to take it out on those who love you most, as well. While the initial upheaval may feel like a very dark cloud, it’s helpful to search for signs of a silver lining. Making a choice like this was for something better so that you can get to where you really want to be – somewhere that isn’t so far away. 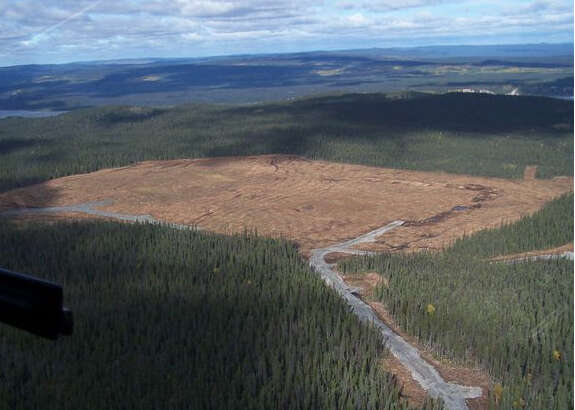 Wood ya believe…
Muskrat Falls does not give me wood.

Food sovereignty and other priorities
While many are benefiting from the province's move toward a full-on energy economy, there is little hope for future generations, who will wonder why we…