How to win over a gullible crowd: Stan Marshall and Muskrat Falls

Back in the days before most Newfoundlanders and Labradorians had college educations, televisions, or Internet, there were certain assumptions which were made by the elites who governed them.

These included the following:

1) You can win over a gullible crowd by using the following: a lot of big words; a lot of numbers; photos of mechanical contraptions

2) If you show your audience that you’re trying to explain a complex idea to them in simple terms, they will love and adore you for it

3) If you convince people that you’re working hard at something, they’ll let you get on with whatever it is that you’re doing, even if they don’t understand it and even if it doesn’t really make sense

4) If you’re implicated in something unsavoury, the best way out of it is to shake your head, pretend that the sophisticated machinations of others are beyond your limited comprehension, and express in a plaintive voice (or an indignant one, as the case may warrant) that such things are beyond you and your only goal is to “Get ‘er done”

5) If everything has flubbed up, admit it but show how much you’ve done to make it better, because then they will be delighted with you and forget about the fact things were flubbed up

6) The best way to avoid accountability is to throw a temper tantrum. Most Newfoundlanders are either too polite to condemn someone who’s yelling at them, or too sincere to believe they’re not at fault when someone is yelling at them

At his public talk ‘Understanding Muskrat Falls’ on Thursday, Stan Marshall deployed all of these devices. The talk was, in essence, a glorified junior high-level presentation on how a hydro project is built. Anyone who came expecting a degree of sophistication or intellectual acuity was sorely disappointed.

But no one was really interested in the project, anyhow. The real draw was Stan Marshall. What is this man like?

Stan Marshall is the product of a world that is impressed by giant concrete structures and towering transmission lines. He gazes with pride and awe upon photos of a generating facility – “an electrical forest” as he fondly calls it – and recites with all the fondness of a gleeful child statistics on the hundreds of thousands of square metres of concrete poured.

He’s a product of Newfoundland’s ill-fated industrial revolution, enthralled that we can move a river; that we can flood plains; that we can build a concrete giant where before there was only a vast clearing.

When, in the years following Confederation, the province’s leaders were gulled by industrialists who thought they could make the province a towering global leader in chocolate production, in rubber boot manufacturing, that they could light up the night sky with hydroponics and grow the world’s biggest cucumbers; they swayed those poor, child-like elites with their visions. We look back on them now with a mixture of horror, embarrassment and bewilderment, but to hear Stan Marshall talk is to understand precisely how and why generations of politicians were gulled or lulled by recitations of concrete poured, electrical lines laid, kilowatt hours generated. Do these things still enchant us? To judge by the public outrage against Muskrat Falls, they do not. To judge by the successive provincial goverments’ ongoing commitment to the project, and Stan Marshall’s talk, they still do.

He avoided any reference to Labrador, Indigenous rights, democratic accountability, sustainable energy, fiscal autonomy, colonialism. Is it because he doesn’t understand such things—the conversations which drive today’s world? Or is it because he doesn’t need to; Labradorians and Indigenous peoples have few votes and little opportunity to stop the project other than through direct action, and the RCMP have shown themselves willing to act as Marshall’s goon squad when necessary.

But who is Stan Marshall?

Let us return to his talk, broadcast for all to see on the internet. The crescendo of Marshall’s talk was to turn on his audience and yell at them for unleashing an inquiry on him. The goal now is to ‘get er done’ and distractions are worse than enlightenment, he suggests. When he’s not yelling at them, he begs the audience’s sympathy. He tries to tap into that innate anger at ‘big government’ – he’s forced to deal with seven boards, with environmental regulation, with oversight committees. “This is the most overgoverned project in the history of the province!” he wails, seeking our pity and our sympathy. We ought also, he suggests, be sympathetic toward the contractors. They’re taking hundreds of millions of dollars in losses. We think that we are the losers, facing energy bills we can never pay; we think Indigenous and Labrador communities are the losers, losing sleep nightly over flood fears and methylmercury dangers and the loss of their cultures and sacred sites to boot. But no, the true suffering is inflicted on Marshall, who must meet with seven boards, and on the contractors, including the Italian ones, who incur hundreds of millions of dollars in lost profits.

Marshall seeks our pity. He demands it.

He also wants our respect. He recites his statistics – nothing so sophisticated as inequality gaps, or energy autonomy, or democratic accountability, or fiscal growth. No, his statistics are miles of cable laid; square metres of concrete poured. He gazes into the crowd, seeking validation. His delight shines on his cheeks. Engineering works miracles. In Labrador, he says, it’s zero degrees Fahrenheit outside, but 10 degrees Celsius inside. Will wonders never cease? What will Marshall say when he discovers it’s possible for a robot on Mars to send back selfies to Earth?

He turns back to the screen, for more show-and-tell. Before and after shots, this time, of the generating stations. Upriver and downriver shots of the North Spur.

Ah, the North Spur. That geological entity which “had to be stabilized. In its natural state, it was unstable,” Marshall explains. Of course – unstable only when resource-extracting engineers decide to divert a river. Truly, a “natural state”.

What is Muskrat Falls? For Marshall, it is not people, or cultures, or vibrant community spaces. It’s lines on a survey map. Circles drawn about “assets”. It’s boomways and spillways and cofferdams and concrete poured.

Ah, Stanley. You and Joey Smallwood would have gotten along famously. After Muskrat Falls, you could have constructed the first space elevator (the better for transporting Sprung cucumbers and rubber boots to the moon station, of course).

You can tell when a man is used to having fawning aides around him. He learns to say anything, whatever he thinks, and ceases to think whether it makes sense. He ends every statement with a smirk, looking around for the one who will laugh in support. Because someone always will.

He was introduced, perhaps, by one such man – the economist Wade Locke, forever sought after for comment by provincial media, forever mistaken in his prognostications. But what style, those prognostications!

Who are these people, exactly? Who are these men who stand before us wearing rumpled suits, speaking as though the weight of the world is on their shoulders? These men who expect us to be humbled by their scientific words, and awed by their recitations of hundreds of thousands of square metres of poured concrete? These men who tick their heads in solidarity, hang their heads in sympathy, puff their arms in outrage, and tell us we don’t see the big picture? These men whose big picture is in fact the smallest slice of the problem, who berate us for failing to see through their small, short-sighted lenses?

Who are these pouty little emperors, with their new clothes so new that the tags are still awkwardly sticking out? These emperors so used to a world of money that it ceases to have meaning for them? What does someone worth millions understand about “keeping costs down”? They don’t earn money like the rest of us, sweating out their labour as the minutes pass and the dollars – single dollars – accrue. These emperors walk through spaces where millions and billions are lost and gained and lost again. They earn money almost as an afterthought; it clings to them, slipping into their pockets while they barely notice. It’s our money, but because we are nice and polite and inured by generations of being lulled and gulled, we let them have it. That is the privilege of their positions, and if it means they must occasionally flap their arms like a penguin, throw a tantrum at the taxpayers, and suffer the indignity of someone questioning their new clothes, so be it. There is little that a combination of bluster and bravado will not overcome, and there will always be the comforting beauty of the electrical forest, the sound solace of square miles of concrete poured.

The talk is over, and amid dissatisfied whispers, a weak round of polite applause. We may not understand Muskrat Falls. But we come a little bit closer to understanding the men behind it. 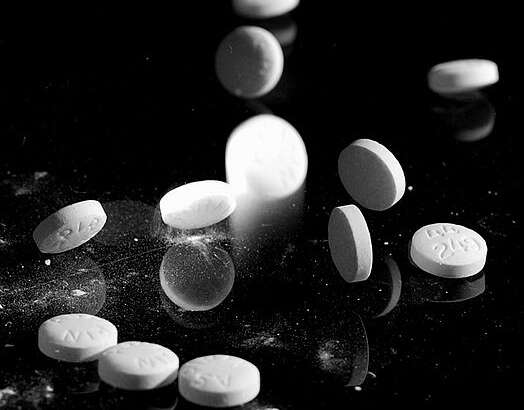 FANE: It’s time to talk about ecology in Newfoundland and Labrador