Oh God! That bread should be so dear,
And flesh and blood so cheap!
–Thomas Hood, “The Song of the Shirt.”

Canadians are fortunate to live in one of the world’s better countries, but we delude ourselves when we claim to be living in the best—or even one of the best.

Not when more than a million Canadian children—15.1 percent or one in seven of them—are living in poverty, many thousands bereft of adequate nutrition and health care.

Not when the OECD ranks Canada 15th—third last—among the 17 leading industrialized countries in the extent of its child poverty. (The OECD gives Canada a C grade, not much lower than the D grade given the last nation on the list, the United States.)

Not when children in millions of Canadian households are living in sub-standard, crowded, poorly furnished housing conditions.

Not when 21 percent of single Canadian mothers have to raise their children while living in poverty.

Not when Canada still lacks the national, accessible, affordable, high-quality child care system that prevails in most European countries. (UNICEF ranks Canada dead last among 25 countries for the inadequacy and inaccessibility of its child care programs.)

I’ve cited these dismal facts and figures before, and probably will again, if only because so many Canadians with good jobs, good salaries, and good prospects tend to shut their minds to the drastic living conditions that debilitate so many of their fellow citizens.

It’s as if they have become inured to child poverty as one of the unfortunate but unavoidable effects of global capitalism. So the fact that nine billionaires have more combined wealth than the poorest four billion people in the world is shrugged off. And in Canada so is the fact that two Canadian billionaires—David Thompson and Galen Weston—hold more money between them than the 11 million poorest people in the country.

Between March 2016 and March 2017, according to Oxfam Canada, the wealth of Canada’s billionaires soared by a staggering $28 billion—enough, says Oxfam, to pay for universal child care and raise all 4.9 million lowest-income Canadians out of poverty.

Most of that huge bounty for the rich, however, will never be taxed. It will be stashed in offshore tax havens along with the rest of the $10-to-$15 billion that goes untaxed in Canada every year. This gives the governments we elect the convenient excuse that they don’t have enough tax revenue to launch a serious campaign to reduce child poverty.

The cost of keeping children poor

About 15 years ago, the Center for American Progress, a progressive think-tank in Washington, did a study on the economic costs of child poverty in the United States. Its researchers calculated that Americans who were poor as children—more than 40 million at that time—were much more likely than other citizens to be less productive in the work force, to need more medical care, and to engage in criminal activities.

At that time, when I wrote about this U.S. study, I was careful about applying its findings to Canada. I warned that, just because our population was roughly one-tenth that of the U.S., we could not assume that the overall economic costs of child poverty in this country amounted to one-tenth of the U.S. figure, or about $50 billion a year. Our rate of poverty was not as high; not as many of our kids would become criminals; and the cost of treating the sick under our public health care system was lower than in the primarily for-profit U.S. system.

Even with these differences, however, I thought it was safe to estimate that the costs of tolerating child poverty in Canada amounted to at least $30 billion a year.

Now comes a more recent study on child poverty in the United States, this one by Mark R. Rank, who specializes in poverty, social welfare, economic inequality, and social policy. He and his colleague, Michael McLaughlin, reached the conclusion that childhood poverty cost the United States a great deal more than the CAP had estimated earlier—a massive $1.03 trillion a year.

Their study was released around the same time that President Trump and Republicans in Congress were claiming that spending on social welfare was wasteful and far too generous, and that food stamps, Medicaid, and other social programs should be severely cut back.

“But the reality is much different from what this political rhetoric says,” Rank argued in an op-ed in the New York Times. “The United States has the weakest safety net among the Western industrialized countries, devoting far fewer resources to welfare programs than do other wealthy countries. As a result, America’s rate of poverty consistently ranks at or near the top in international comparisons.

“Rather than slashing anti-poverty programs, the fiscally prudent question to ask is: How much does this high poverty cost our nation in dollars and cents?”

Noting that impoverished children grow up with fewer work skills, frequent health problems, and a propensity to engage in crime, Rank pointed out that these costs are not borne just by the children themselves, but ultimately by the wider society as well.

His analysis was that, for every dollar spent on reducing childhood poverty in the U.S., the country would save at least $7 with respect to the economic costs incurred from prolonging child poverty.

“In making an investment up front to alleviate poverty,” he argued, “the evidence suggests we will be repaid many times over in lowering the enormous costs associated with a host of interrelated problems.”

The same huge financial benefit would be reaped in Canada from an equivalent investment in curbing poverty here. Based on the variance in populations and socioeconomic issues, it’s clear that, if it would save more than a trillion dollars in the U.S., it would save as much as $100 billion annually in Canadian dollars.

Unfortunately, given the deeply entrenched neoliberalism rampant in both the United States and Canada, it’s highly unlikely that Rank’s strong anti-poverty case will fare any better with politicians on either side of the border than did similar previous studies.

The prospect of saving billions in the future by spending more to alleviate child poverty today doesn’t appeal to conservative corporate CEOs or their political minions. They are fixated on maximizing profits in the next quarter, not in 10 or 20 years from now.

The same avarice-fueled capitalist myopia that keeps them plundering non-renewable resources, polluting the environment, and propagating inequality also compels them to keep on keeping children poor. The less spent on helping the poor, the higher their profits. It’s that blatant.

Blinded by greed, committed to turning their millions to billions, their billions to trillions, these modern-day robber barons remain indifferent to the poverty, misery, deprivation and distress they inflict on billions of other people.

Tragically, their most traumatized victims are the young, the helpless, and the innocent—those most in need of adult love and care.

Indian Road Trip: The summer movie you haven’t seen but totally will, once it’s finished 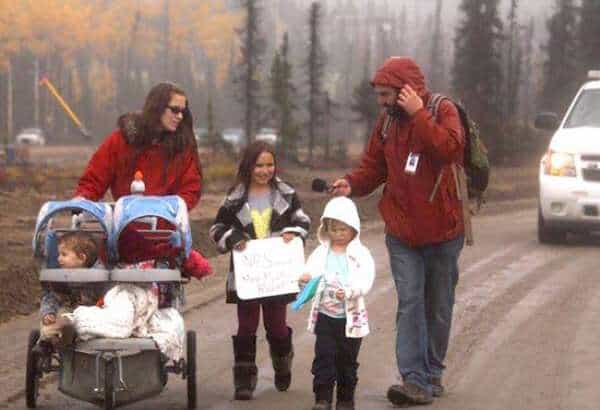