The stories maps tell: A librarian and his travels through space and time

I didn’t always think of maps as a way to tell stories. To me, maps were tools that documented spatial relationships. And yet it’s been a while since I thought of maps that way. Over the next few months in this column, I want to take you on a journey through the kinds of stories that maps can tell.

Over the years I have been asked “what do you do as a map librarian”? When I take a few minutes to explain the work I do, I often see that I haven’t found the right words. My listener’s eyes might glaze over or they might respond with a polite “oh, interesting.” After one of my spiels, my aunt once said: “I’ll just keep telling people you work in a library.”

What I need when I tell people what I do is a map. I need a map I can roll right out on the table or the floor or to hang on the wall. And I need a story to tell about it. That’s what makes the difference. That’s what I’ll be doing in this column: I’ll be showing you the maps that I see every day in my work, so we can explore together the stories those maps carry with them.

The ‘upside-down’ map of Newfoundland

For example, one of my favorite maps is known as the Mason Map of Newfoundland. It is also known as the “upside-down” map of Newfoundland because south is at the top of the map, not the “normal” north. Why? The map is believed to have been drawn by Captain John Mason, the second governor of Cuper’s Cove (Cupids) replacing John Guy. The date given to the map is approximate, c1620, but it was not published until 1625 when it appeared in William Vaughn’s work Cambrensium Caroleia and the following year in The Golden Fleece. Again,why? The map is important in Newfoundland’s cartographic history because it is the first map that shows the island and very little else. Up to that point, maps of Newfoundland showed the island in relation to the east coast of North America or the larger area of the North Atlantic. So why does the Mason Map only show the island? One of my future columns will be looking deeper into the story of Mason’s Map.

Map accuracy, as we think of it today, was firmly established during the First World War. By 1914, there were a number of relatively accurate maps, but using them to predict distance, and time, could not be relied upon (more on this in a later column). Maps have been used for centuries and for a wide variety of reasons: land ownership, navigation, political states, military affairs, and river systems, just to name a few. The one thing they all have in common is that “they all tell a story.” This is what fascinates and intrigues me still today.

No matter who my audience is when I speak about maps, it is the story-telling component that I stress. Whether the talk deals with maps and Shakespeare, or Renaissance literature, or journalism, or military history, or medieval history, or urban history, or genealogy – and I can go on – I ask the audience to consider the following questions: Who is the creator of the map? Who is the map’s audience? Why was it made? When was it made? What is on the map? What is off the map? What biases do the readers bring to the map? What is the map’s purpose? Does the map tell a story on its own? Do you need text to help with the map’s context? The answers to these and other questions are the foundation of what could be a wonderful story and piece of history.

This is why I love working with maps and helping people learn to dig a bit deeper when they look at maps. A quotation found on the c1275 Hereford mappa mundi, one of my favourite maps ever produced (more on this later) is “…who shall hear, or read, or see it….” When you look at a map, what do you hear, read, or see? Yes, maps are captivating and stimulating. They can be stand-alone in what they tell or are part of the greater conversation that has been going on since the beginning of time.

Over the next few months, I’ll be writing about various maps and their stories. I want to introduce you to this wonderful world of information and knowledge through the many symbols and graphics that are part of the maps. Symbolism, projection, and scale are just some of the topics that will be covered by looking at various maps including a number of Newfoundland maps. Along with Mason’s Map, I’ll be looking at James Cook’s maps of the island from the 18th century, Cormack’s map of the mid-19th century, and James P. Howley’s map of 1907. I’ll also look at medieval mappa mundi (map of the world) and their place in the history of cartography. I’ll also be writing about an intriguing little atlas entitled the Mazawattee Atlas of the World. Mazzawattee was the first major global tea business and they produced a number of things to market their tea, one of them being an atlas.

My history with maps

But why do I do what I do? I have been working with maps in an academic environment for over 25 years. I received my introduction and training in map librarianship while working in the William C. Wonders Map Collection at the University of Alberta in the early 1990s. It was working in this environment that my passion for and about maps was piqued and began to grow immediately. In fact it was because I was working in this atmosphere that I decided to enter the master’s program in Library and Information Studies at the University of Alberta to get my degree in Librarianship and pursue a career in map librarianship. I completed the library program in 1999 and my professional break came when I was hired on a one-year contract to be the acting map librarian at Memorial University in 2001. After working various contracts from 2001 to 2005, I was hired as the Map Librarian at Memorial in 2005.

While working in the Wonder’s Collection, my mentor was the curator, Ron Whistance-Smith. We had many conversations about the fascinating and intriguing documents we worked with. It was during this time that I began to see maps not only in the geographical light of spatial relationships, but also as a very powerful medium that tells a story.

I can’t wait to share some of those stories with you.

Note: The map reproduction shown above is called “La Nvova Francia” and was created in 1556 by Giovanni Battista Famusio. It is a woodcut relief that includes an armorial shield in the upper right. The map shows people hunting, fishing and dancing throughout. It is part of the Digital Archives Initiative and accessed through MUN collections. 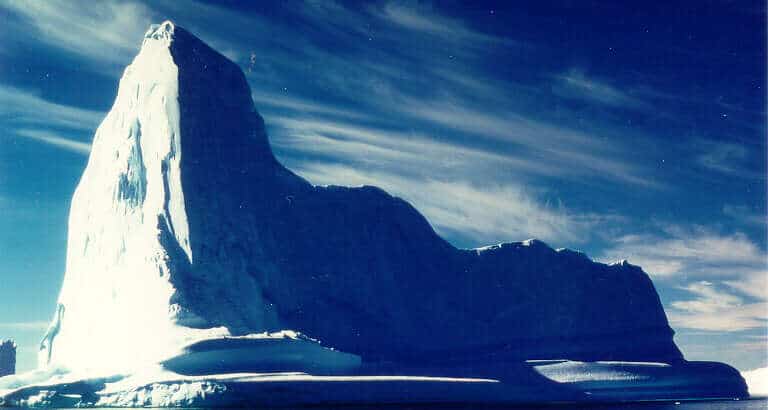 What’s a budget for, anyway?