An “innocent” Nigel Wright does not stem our multiplying villainies

There is much reason to be cynical of our political class, and the systems meant to check and balance them.

There is much reason to be cynical of our political class, and the systems meant to check and balance them. There is ample evidence in the public domain to feel assured in knowing that our political leaders are held to a very different set of rules than the average Canadian.

If we look over the last two years the list is staggering, and enough to jade even the most bright-eyed optimist. The list includes, but is surely not limited to; resignations from a spate of officials from around Quebec, resignations of multiple mayors of our second largest city, drug abusing-prostitute using-gang influencing antics of our largest city’s mayor, concealing a billion-dollar-boondoggle from voters in our largest province, bribery of a senator from the highest ranked staffer in the PMO, and embezzlement from Senators of all shapes and sizes.

The truly condemning thing about all of this is that no single person, party, or institution can be blamed. No, the erosion of our democracy has happened from a web of collusion that has left few if any political institution untouched. It seems having power has meant playing this game – the chaste nature of what few pure political actors we have is likely a symptom of a lack of power, which they may never experience because of that good and honest nature.

It is possible that the citizen is to blame for constantly empowering the wrong people; but more likely is that our ship of state has been boarded by charming and polished brigadiers, and we must now struggle to repel them. Political episodes where our Auditors General are empowered in a blaze of temporal glory (dolling out token charges if any) are at best failing, and are at worst just another stage piece in the grand deception of the public.

Our best efforts, and our most honest words, have yet to shake off the rot of collusion and power. Nigel Wright, Stephen Harper’s former Chief of Staff, having no charges laid against him is no measure of his virtue or sense; it is the clearest piece of evidence yet that our multiplying villainies of the political class will only continue unmolested. 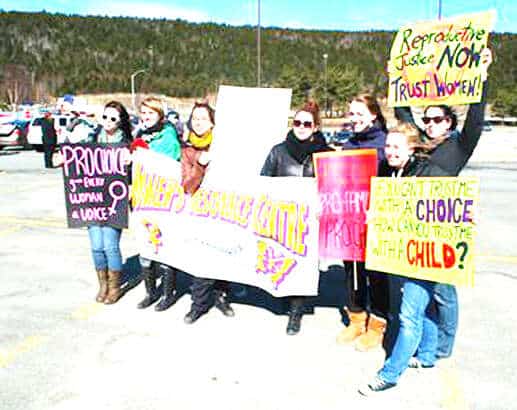 Renovating the abortion debate
Getting rid of what isn’t working, welcoming what might.

Frank Coleman and reproductive rights: step up or step out
The PCs have put this province's failing grade on abortion access on the agenda. Time to hear what they intend to do about it.