It’s hard to imagine how the Liberals can justify in any way the continued construction of Muskrat Falls, with this project’s impact on the environmental front for Labradoreans, at least Central Labradoreans, and the financial effects on both the territory of Labrador and the Island.

Letting this go on is not the answer to any sort of solution. In fact, it only exacerbates the budget woes of the Newfoundland Government. Keeping a few thousand people working to impoverish the rest of the population is very poor judgement. Right now it’s hard enough to justify maintaining present levels of service jobs and programmes.

There is no financial justification for Muskrat Falls, only continued expenditures for the sake of not having the courage to put this whole project on hold. If there was no justification for it when it began — and there wasn’t — there is even less as the expense grows beyond the original price of it. This project’s continuation is pure abuse and neglect of the financial security of all Newfoundlanders and Labradoreans. It’s another Newfoundland Government sink hole project.

Why is the premier even considering letting this fiasco continue?

Why is the premier even considering letting this fiasco continue?

Muskrat Falls is one of the main reasons the budget is in such a mess, and the last administration lost the election partly due to the fact the PCs would not fire Nalcor CEO Ed Martin and not put this crushing centre piece of financial ruin on hold.

Now it has the new premier openly stating there is no solution to this mess. Letting this project go on is not leadership — it is hand-wringing at its most demeaning.

The ship is sinking. Stop the hand-wringing and start bailing. Stop this miserable project. The workers on that site are collecting very expensive welfare. Nothing more. It is not fair to the rest of us. Never mind the methyl-mercury and the dangers of the North Spur. The time for excuses is gone.

The time for action is now. Stop it.

This letter was originally published on Facebook on Jan. 5, 2016 and has been edited and republished with the author’s permission.

Oil prices will rise as they have before
In response to Shannon Reardon's May 7 column, "Our squandered pride and prosperity". 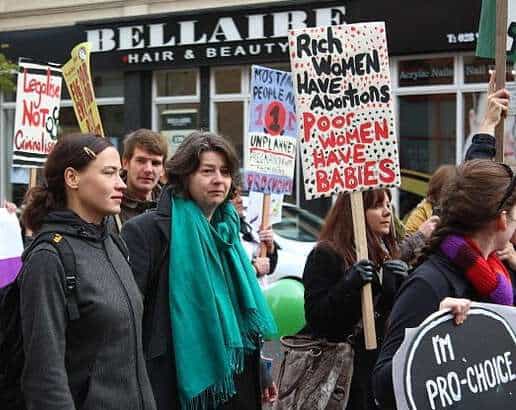 Time-travelling: Abortion in Northern Ireland
Women in England, Scotland and Wales have had safe, publicly-funded abortion services for nearly 50 years now. Northern Ireland is also part of the United…