“The recent deregulation of firearms at MUN has normalized the excessive use of police force.”

On Tuesday (Feb. 18), a RNC officer fired his weapon at Memorial University because he felt threatened by a car thief. Much of the discussion in the local media has centred on the suspect’s prior convictions and not why a police officer used his gun.

While the RCMP is now investigating the incident, more questions need to be raised by the general public and university community about the use of firearms on campus.

On Nov. 12, 2013, MUN Senate amended regulations to allow armed RNC on campus and in the classroom with written permission. I was one of four senators to vote against the measure.

The argument at the time was that the officers pursuing studies at MUN were still on duty and required their firearms. One senator noted that in the last nine years since RNC officers attended class on campus, there had not been an incident.

Of course, last Tuesday’s sting outside of Field House was police business and we are still awaiting the details surrounding the incident. However, I would argue that the recent deregulation of firearms at MUN has normalized the excessive use of police force.

Guns don’t belong in schools. As a student, I feel uncomfortable knowing there are armed officers who are so willing to escalate the level of violence. 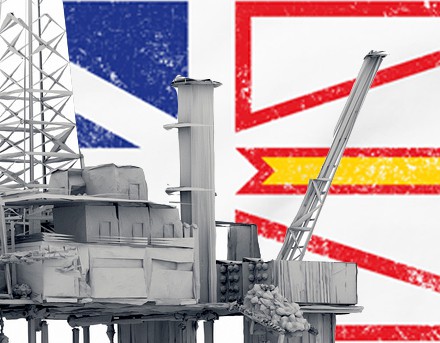 Series finale for Republic of Oil?
Why Newfoundland and Labrador's oil reserves may be left untapped