“How much do we have to give up before we say that’s enough?”

Today as I was driving over to the main gate of Muskrat Falls I met a flatbed truck with a blue car on the flatbed. My heat sank as I realized they were taking away the car from the protest.

I went on over anyway only to see the RCMP with their lights flashing and some transport flatbed trucks setting up to block the turn-off to the gates. I parked across the road and watched for a while. I could see that the tent door was open and the tent was empty.

The activity by Astaldi workers was authoritative and it sickened me to watch, but I did. It was like watching the movie Avatar, which exemplifies human greed and the willingness and intent to destroy the environment and the spirit of the land and its inhabitants to conquer and claim for their purposes.

I was witness to years and years of colonial history in action. The methods never changed, just the means. Big heavy transport trucks and armed enforcement represent the same methods used against Indigenous people — the people who are indigenous to this land, the minority and the misrepresented. It reminded me of the historical use of alcohol, power and force to gain authority and claim land and resources for someone’s king or country, and to destroy or dilute cultures and people.

Purposeful action was used to weaken and divide the original human habitants of the lands. Similar methods were used to relocate people, to put people on reserves and to claim the resources of the land, separate families and turn people against each other. The exact same thing is happening today and money is one of the greatest weapons used in the destruction and breakdown.

Three nights ago, on June 12, I was in a comfortable warm peaceful tent with two Innu and a young Inuk man when two armed police officers and a sheriff came demanding that Jerome Jack Jr. step outside to be served papers. Now, I ask you, how intimidating and authoritative is that? All that was being done by the two Innu men was occupation of, really, their traditional land.

Maybe I am overly passionate about what is happening in the destruction and taking of our land and waters, and I say ‘taking’ because there is little in return. The biggest return is the divisiveness of Labradorians.

We talk about how the land is healing, how traditional food is essential, how we are who we are because of the land and what it offers, but we are not prepared to stand up and hold our ground. It’s an easy talk, especially when what is happening is somewhere else and not directly impacting the maps that are assigned to us by governments and government clauses, which, supposedly, we totally understand and agree to.

I understand from my experience today the intimidation and helplessness people must have felt. I am not sure I have ever felt so weak and so alone. It was like looking around into a world of emptiness on a tiny piece of sinking ground.

How much do we have to give up before we say that’s enough? Soon enough there
will be a little patch of land that will be designated for healing, and I suppose we will be divided about that.

I don’t know if the talk about the importance of the land is lip service or if some think it’s important but let someone else take the heat to try and protect and preserve it, or if those who may be in a position to take a strong stand are tied by the political power of the dominating governments and don’t want to make waves. Whatever it is, we are losing, and losing big time.

The merchant days are over
"We need to stand together and show that we are more than the quaint people hanging clothes in tourist commercials." 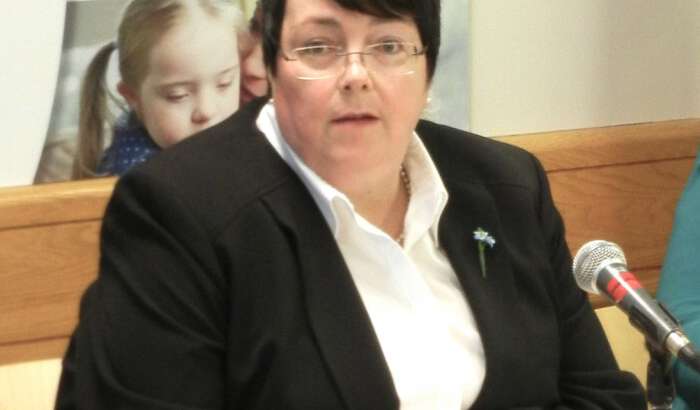 Plan B: Borrow to build, borrow to survive
The Government of Newfoundland and Labrador should immediately tap the international bond markets and borrow $3 billion.