“When we are dismissing him because of his background, perhaps we should reflect on how well we have been served in the past when we were ruled by the fish merchants, lawyers and teachers.”

The evidence of Newfoundland and Labrador becoming a “police state” is flimsy at best and appears to be based on elitism and bias against police officers. In the interests of full disclosure, I point out the following: I am married to a police officer; I worked extensively with police officers as a Crown Attorney for more than a decade; and I also served as counsel to the Chief of Police for five years. So perhaps it is me who suffers from bias. All the same, I like to think I’ve learned some things about police officers.

For those who are inclined to think that police officers tend to jump on board with the ridiculous “tough on crime” type agenda of the Harper Conservatives, or that police offices are routinely trampling on people’s human and civil rights, I offer the following five examples of progressive and forward thinking initiatives that the police have supported.

Firstly, when the Government decided to implement a restorative justice program in 2008 (Adult Alternative Measures), the police were on board and fully supportive.

Secondly, and also in 2008, the RNC bought into the Family Violence Intervention Court and played an important role in its success.

Thirdly, it was the same story with Mental Health Court. Front line police officers understood long before the politicians and bureaucrats that people suffering from mental illness who come in conflict with the law need more that the traditional justice system offers.

Fourthly, the RNC was one of the few institutions in this Province that sought and obtained the permission of the Human Rights Commission to direct recruiting drives at women. Then police Chief Joe Browne understood that when the people who become police officers are more representative of the populations they police, they are more effective. Within a short few years, the RNC’s determined efforts quadrupled the number of women police officers.

The final forward thinking initiative of the RNC was this year’s inspiring welcome to the LGBTQ community during Pride Week. What other organization in this Province opened its arms to the LBGTQ community?

Furthermore, in response to the implication that Paul Davis will be imposing curfews, unlawful arrests and random searches (for that is what happens in a police state) I point to the fact that police officers have more than a passing familiarity with the Charter of Rights and Freedoms. They know more about civil rights than most lawyers – very few of whom actually practice criminal law.

And the idea that the change of name of from “Department of Justice” to “Department of Public Safety” is somehow going to erode civil rights and liberties is utterly and completely ridiculous. The Department does the same work with the same people that it always did, with a few additional divisions.

When people say that Paul Davis does not have the necessary background to run a Province, I cannot help but think that no one batted an eye when Danny Williams waltzed into the Premier’s Office having never held a cabinet post. Paul Davis has held several cabinet portfolios. More importantly, he has a better sense from 25 years as a front line police officer of the struggles facing everyday citizens than any of his predecessors.

So, when we are dismissing him because of his background, perhaps we should reflect on how well we have been served in the past when we were ruled by the fish merchants, lawyers and teachers. And perhaps we can open our minds to think about who politicians are as people, as opposed to what they did before they sought office. 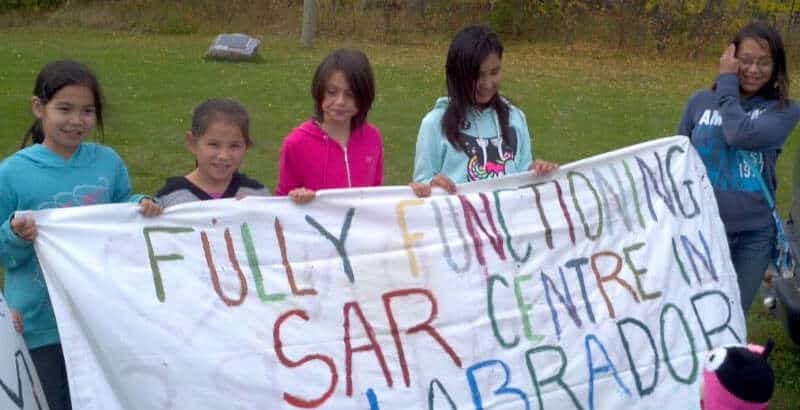 Big Brother is watching — but why? And should we care?
Revelations of federal government surveillance of protests and public lectures may hint at the Harper government's sense of "vulnerability”, says MUN grad student

Home is where the heart is
...Even when worlds apart...