We remember the last oil boom, right? Couple years ago? And the bust that followed? Wealthy people got considerably wealthier while the rest of us strained to see the benefits promised us. What weren’t hard to see were the deep cuts to the public sector after all those revenues (on which the government decided to be fully dependent) suddenly vanished.

And the public continues to pay the price.

It’s 2018. We’ve known for many years that the future of human beings depends on cutting dependence on fossil fuels. Scientists the world over have insisted this is the case. In a 2012 report, the World Bank stated that “we’re on track for a 4 degree Celsius warmer world by century’s end marked by extreme heat waves, declining global food stocks, loss of ecosystems and biodiversity, and life-threatening sea level rise.” The Tyndall Centre for Climate Research says this rise in 4 degrees Celsius warming “is incompatible with any reasonable characterization of an organized, equitable, and civilized global community.”

Needless to say, fossil fuel extraction, production and consumption is responsible for a very major share of these coming consequences. By now I think it’s safe to say the scare tactics inherent in these words I’m writing, so often employed by environmentalists, have failed to generate any meaningful change or action toward breaking our dependence on fossil fuels. But I hope you’ll excuse me, because when your provincial government gleefully touts its intentions to double its contribution to the single greatest threat to our collective future, these science-based predictions bear repeating.

As though the news wasn’t jarring enough, Dwight Ball, in an act of lip service that could in fact be outright trolling, said the following: “The move, the transition from where we are today with oil and gas, to green energy will take quite some time. So while that transition is occurring and taking place, the world will still need oil and gas.”

It’s like saying, “now we know the goal is to eventually get sober, but until we do, let’s spend the next couple decades drinking ourselves into the ground.” If you’re taking us in exactly the opposite direction of where we need to go, at least own it. I’d have preferred “shag the future, rev your engines!”

I know, I hear you. We’re engulfed in an economic hole so deep we have no choice. Well, for the reasons outlined above, I suggest that, based on future risk—and don’t economists just love that risk talk—by saying we have no choice we shortchange the options. But that’s not the same risk economists refer to—risk to profit and surpluses. It’s risk to future life. I don’t have much of a handle on what our options are but damnit if there aren’t people who do. Besides, one day the oil really will run out, and actively kicking the can down the road until then makes this inevitability all the more difficult to face when it comes.

And no, it won’t be the people currently in charge who will have to face it, either. It will be their children and grandchildren. Seems to me that nothing could more powerfully boost the morale of this province than to choose a different legacy. I don’t have the answers, and none of this is easy, but the fact that these questions are ignored by those in power is deeply troubling.

Greg Hewlett is a writer and musician currently living in Toronto; another ex-pat dreaming of NL.

‘What we can learn for the future’: David Vardy on the Muskrat Falls inquiry 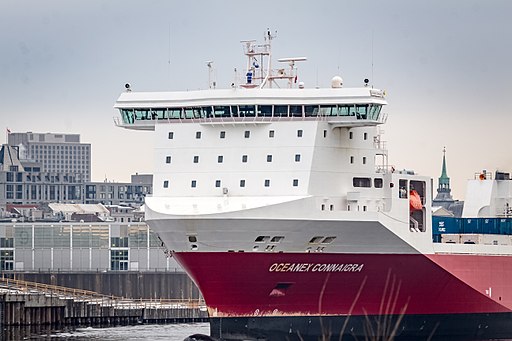 The price of everything in the province hinges on this case
Oceanex vs. Marine Atlantic is about more than just shipping rights. It’s about whether this province will survive.