“We do not need more forms of unsafe extreme energy extraction such as hydraulic fracturing, or ineffective distractions such as carbon capture and storage. What we need are real climate and economic solutions, green economies, and renewable energy.”

To: the Right Honourable Prime Minister Justin Trudeau, Elizabeth May, and the Office of the Premier of Newfoundland and Labrador

We the Grenfell Campus Student Union (GCSU), representing over 1,000 post-secondary students at Grenfell Campus of Memorial University of Newfoundland and Labrador, wish to express to you our concerns on the matter of climate change, and the long-term energy future of our nation.

In order to limit global warming to within the 2 degree ‘safe’ limit it is now well known that we have to leave the vast majority of the world’s fossil fuel reserves underground. We desperately need a comprehensive strategy to move Canada towards renewable energy, and a phasing out of fossil fuels, both for the sake of our environment and for the sake of our economies.

Most importantly Canada must show its commitment at the upcoming COP21 talks in Paris to remain within the 2 degree limit, by developing a comprehensive plan to do so.

We firmly acknowledge the challenge the government faces to reduce the use of fossil fuels. However, our union recognizes that our current society can no longer depend upon fossil fuels for sustained economic growth or secure livelihoods.

We live in a province that is heavily dependent upon the fossil fuel industry, where nearly one-third of our GDP comes from oil and gas. We firmly acknowledge the challenge the government faces to reduce the use of fossil fuels. However, our union recognizes that our current society can no longer depend upon fossil fuels for sustained economic growth or secure livelihoods. We therefore urgently request that comprehensive steps be taken to move Canada forward. We wish to make it understood that there are concerned voices in this province with regard to our future.

We are looking to the leadership of our government to make concrete commitments following the framework laid out by the G7 to decarbonize the economy within the century; indeed we need to reach the target of decarbonization as soon as possible. We are looking for the establishment of a level playing field for renewable energy sources by transferring government subsidies from fossil fuels to renewables. We are looking for a concrete plan to eliminate our economy’s dependency on one of the most environmentally damaging projects on earth: the oil sands. We are looking for a plan to establish environmental justice for all by removing the inequitable burden of climate change impacts, and environmental degradation placed on oppressed and marginalized peoples.

We are a province that is directly in the path of climate change impacts. Already we have seen more severe weather, compromised sea ice (a vital means of transport for many communities), and temperatures in Labrador that are rising at twice the global rate. Ocean warming and acidification pose direct risks to the health of our marine ecosystems, and increased flooding is projected to lead to costs in N.L. above the national average. Climate change also poses a risk to sustainable industries in the province such as tourism and fisheries. As with the rest of the world, in our province it is those with the least ability to adapt who will be impacted the most by climate change.

Climate change does not respect national boarders, and worldwide effects—ranging from the increased spread of disease to the expected mass displacement of tens of millions of people as a result of sea level rise—will affect all of us. We do not need more forms of unsafe extreme energy extraction such as hydraulic fracturing, or ineffective distractions such as carbon capture and storage. What we need are real climate and economic solutions, green economies, and renewable energy.

We urge you to act quickly to show Canada’s commitment to remaining within the 2 degree safe limit, and to develop a comprehensive plan for a shift to a renewable economy while leaving our nation’s unburnable fossil fuel reserves in the ground.

We will be here to help work for the scientifically-grounded commitments we are asking you to make, and we wish to collaborate with you towards a sustainable future for Canada.

A Tribute to Ron Hynes
"I couldn’t believe that, here was Ron Hynes changing my guitar strings in my house, right before my eyes!" 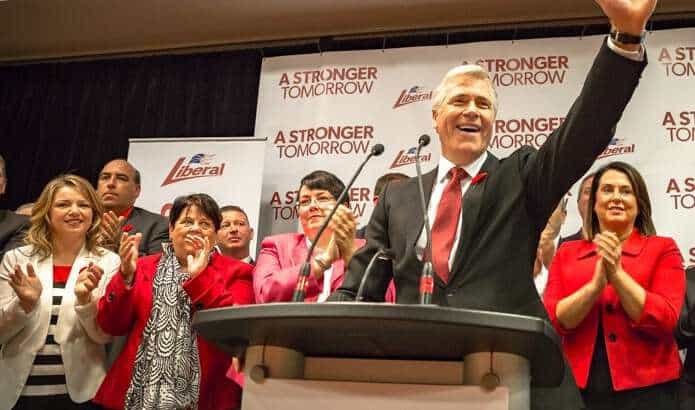 Wait now, I thought it was 2015?
We've achieved gender parity in our federal cabinet, but will we see the same in N.L. following next week's provincial election?