Open letter to the People of Newfoundland and Labrador

“Thomas Jefferson once said, ‘When injustice becomes law, resistance becomes duty.’ Every act of resistance counts against this province-killing budget and this government’s destructive policies and ignorant behaviour.”

I am writing to acknowledge the protest incidents in the gallery of the House of Assembly on Tuesday, May 10.

While the practice of ignorant and rambunctious behaviour by MHAs and the Speaker of the House may be considered “standard” for legislatures across the country or around the world, and the people who witness it every day (media, politicians, etc.) have been forced to grow callous and perhaps somehow morally adapt to this behaviour to be able to function on some basic level, it certainly doesn’t mean that we, the people of Newfoundland and Labrador, have to tolerate such a political system. If Mt. Scio MHA Dale Kirby, for instance, has such a problem with how protesters are setting an example for our children, then perhaps he should take a long hard look at the way the current Liberal dictatorship, including the Speaker of the House, conducts itself in our provincial legislature.

On Tuesday, around 2 p.m. during the afternoon session, St. John’s East–Quidi Vidi MHA Lorraine Michael presented a petition about library closures. She was talking about how the government is attacking residents of the province with this budget. Meanwhile, members of the Liberal Party either walked away or were milling about on their phones and iPads and having conversations with each other. Finance Minister Cathy Bennett and the Speaker, Tom Osborne, appeared to be having their own conversation. Nobody was listening to the speaking member at all. This is standard behaviour, though it is rarely, if ever, shown on the public television feed. You can hear it though.

The Speaker of the House advised, “Visitors to the gallery are welcome to observe the proceedings of the House, but they are not to–”

“They should be listening!” called the visitor again.

“Do you think their behaviour is respectful?” I then called out, commenting on what was happening on the actual floor of the legislature.

“These are petitions that we are signing,” said the first visitor.

“These people are trying to devastate our province and they’re not even listening,” I said.

“I would ask that the visitors in the gallery that are disrupting the proceedings to leave,” replied the Speaker.

At this point the first visitor was on his way out, and I was leaving behind him when a security guard put his hand on my shoulder, and I unexpectedly said more loudly than I wish I had, “This is f—ing bullshit anyway.” I also called out “shame” as I was leaving.

I’m fully aware of the potential negative public reaction to profanity. It was certainly never my intention to say anything at all in the House that day, and I certainly do not condone the use of profanity in protest — however, I do not apologize for what was said.

Perhaps, as one person related, there has never been a more appropriate use for the word “bullshit”. Unfortunately, it is all too easy to become hotheaded when we are up against an elitist, self-serving government that is hell-bent on destroying the economy and devastating our population.

In the House, they appear to be unaware of the effects of regressive taxation. They laugh and they cheer for policies that will force people into irreversible poverty, force people into uncompensated resettlement. They laugh and they cheer for the closures of libraries (community centres in many cases) and the reduction of health care. They are all laughing at us. It’s as if they are saying our lives do not matter. They are saying that our concerns are “bologna” and “nonsense”. Has there ever been a more disrespectful bunch of MHAs in our history since Confederation?

If profanity in the House of Assembly is the biggest concern of the Liberal MHAs or the Speaker, then I’m afraid they’ve not been listening to anyone at all, all along. People will cruelly and unnecessarily suffer because of this budget.

If profanity in the House of Assembly is the biggest concern of the Liberal MHAs or the Speaker, then I’m afraid they’ve not been listening to anyone at all, all along. People will cruelly and unnecessarily suffer because of this budget. It cannot be described more simply. What is it that they don’t understand about that? They cannot understand if they do not listen, and if they do not listen, they cannot lead.

There was a separate incident in the House of Assembly later that day, during the evening session, where another visitor to the gallery got fed up with officials who were not listening to a speech by St. John’s Centre MHA Gerry Rogers. The Liberal MHAs were on their cell phones and iPads, roaming about, having conversations with each other, as per usual it would seem. None were listening. The activist got up and shouted, “Listen!” before exiting the gallery.

Each individual act of protest chips away at the very old and stale foundation of our divisive parliamentary system. Thomas Jefferson once said, “When injustice becomes law, resistance becomes duty.” Every act of resistance counts against this province-killing budget and this government’s destructive policies and ignorant behaviour.

Tens of thousands of signatures on petitions have been ignored by our Liberal Government. Go to the gallery and see for yourself — they are disrespectful and completely ignorant when the third party NDP members are speaking, and they only listen to the PC opposition enough to be able to throw the mistakes of the past government back at them, playing the blame game and ignoring the real issues. Likely tens of thousands of emails and phone calls have gone unheeded. They are wantonly governing how they like, regardless of what the opposition and third party, academics, and the majority of the people of Newfoundland and Labrador tell them. They are not listening.

If the governing Liberal Party believes that we are going to take this budget—which is an attack on all Newfoundlanders and Labradorians—without a good hard fight to the finish, then they will, most assuredly, be proven wrong. If they refuse to listen, then we will make them hear us. We don’t want this budget, we don’t want this dictatorship, and we will never accept either.

No matter how futile it may seem, keep writing and phoning all the Liberal MHAs. Protest outside their constituency offices. Protest in the streets. Protest at Government House and the Confederation Building. Protest in the gallery of the House of Assembly during session. Prepare what you are going to say, and plan to say it. Plan to be heard, and plan to see them looking at you like deer caught in the brightest of headlights. Choose your words wisely, and make them listen. Make them hear you. This budget negatively affects all of us.

I am calling on all the people of this province to rise up and join this movement of solidarity. Come out and stand up for yourselves. Stand up for your friends, your neighbours, and your families. You matter. You absolutely matter. Even just one single person fighting against this oppression is not entirely powerless.

There is one particular local activist who gave the Speaker of the House of Assembly a good tune-up today with a letter she wrote, and already Tom Osborne has been noticed chastising certain MHAs for heckling in the House. One person can make a difference. Together, we can change the entire system. We don’t have to stand for divisive party politics anymore. The system is outmoded by decades, centuries even. There are better, more cooperative alternatives, and we must work together to defeat this budget, bring down this dictatorial regime, and start building a better future for all Newfoundlanders and Labradorians.

Read The Independent’s ongoing coverage of austerity and Budget 2016:

Latest anti-austerity protests “only the beginning”
Saturday’s "NL Rising" protest in St. John’s was more than just a warning from the unions. It was a show of solidarity with an explicit… 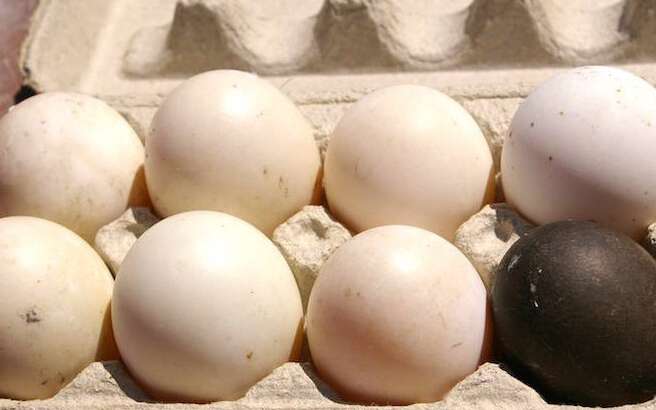 Hate the budget? Time to get some chickens
The recent provincial budget reaches deep into the pockets of every citizen of our province. One way to combat ‘the age of austerity’ is to…