Rape culture in our city: An open letter to St. John’s

Dear St. John’s police, RNC, media, and most of the general public,

Seven days ago several media outlets reported claims of gang rape in St. John’s. Every headline that I could find online included the term “sex worker” (see here, here, here, and here). Here’s a real news flash: the profession of those who are sexually assaulted is irrelevant to the act of sexual assault. Yes, the fact that sex workers reported the crimes leads to the natural and logical conclusion that sex workers are a particularly vulnerable group in this particular case. That is why SHOP, the Safer Harbour Outreach Program, has issued a warning to sex workers in St. John’s to be extra careful as they go about their business. That is the purpose of SHOP — to pass on information to sex workers that is particularly relevant to their lives and their work.

But for those of us who are not sex workers, does it really matter that we know the exact profession of those who were assaulted (ok, let’s call it what it is: gang raped and sodomized)? If hairdressers had been the ones reporting the crimes would the headlines have read, “Hairdressers given warning among gang rape reports”? Probably not.

Including socially controversial terms, such as “sex worker,” in a headline is a dirty media tactic. It is dirty because it directs readers to contemplate their moral stance on sex work, instead of their moral stance on rape and the appropriate police response to the rape of any person. The discussion becomes an ethical debate around sex work, and whether it is a ‘good’ or ‘right’ decision given the inherent risks, instead of an ethical debate around how St. John’s should respond when its residents are being gang raped. More appropriate and journalistically responsible headlines for this story would have been “Employed people in St. John’s are being gang raped,” “Group of 12 to 20 men sexually assaulting people in St. John’s,” or “Several reports of gang rape in St. John’s: Everyone be careful.”

The second deplorable aspect of this story has been the fact that these men have not been found and/or identified. There are a few facts that should make this case relatively easy to solve: The alleged sexual assaults were committed in hotel rooms by large groups of men suspected to work for a construction company, according to SHOP, which Tweeted the “major sexual assault warning” on Oct. 2. I’m no police investigator, but here’s how this investigation should be going down:

1- Find out who rented the hotel rooms. This information will either be in a log book or a computer system at the hotel.

2- Track down the hotel renter.

3- Force him to name his other rapist buddies.

5- Develop a workshop on ethics, gender equality, violence, and sexual consent and deliver it to all construction companies in the province.

The way these alleged incidents have been reported and the way it appears to be handled (or ignored, as the case may be) reveals a sick and dark side of the police and other local authorities, the local media, and the people of St. John’s.

All of us, myself included, are more or less going about our daily lives knowing that somewhere in our city there are up to 20 men (the guys re-shingling your roof? the guys working on a new office building downtown?) who are willing to force a person into a hotel room and abuse their body.

What’s the only thing worse? There are adults, teenagers, and children taking note of the fact that if they get a bunch of buddies together and rape a sex worker, no one will care. As a city, we have collectively said “Gang rape? Yeah, go for it.” This is called rape culture. It’s right here, right now, and I’m terrified. 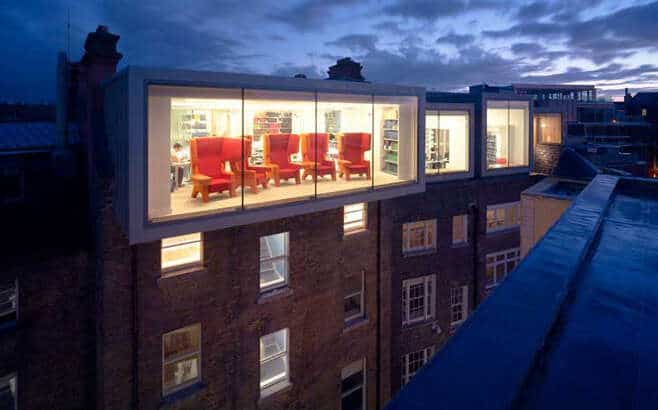 Old dog, new tricks; or ‘Irish Modern’
The courage and creativity of Ireland’s young architects set a standard this province should aspire to.

Keep up the good work
In response to two columns offering two very different but thoughtful perspectives on the Judy Manning appointment...