“When it comes to politics, we need more Lorraine Michaels, in the House of Assembly and on Parliament Hill in Ottawa.”

Lorraine Michael was a great leader for the Newfoundland & Labrador New Democratic Party. She lead the NDP to new heights when the party won five seats in the last provincial election. I am sad she resigned her leadership position. I just hope she continues running in her district of Signal Hill-Quidi Vidi in the next election.

Lorraine Michael’s recognition of my 2012 Renaissance Great Comeback Award for Atlantic Canadain November 2012, along with my recent 2013 Governor-General’s Caring Canadian Award, the CMHA National Consumer Involvement Award and the various ‘volunteer of the year’ awards, are special highlights in my life as a community activist, volunteer, disability and mental health advocate, poverty advocate, and pharmacare advocate.

I would like to thank not only Lorraine Michael, but everyone who has helped me and supported me, while I am volunteering over the years. When it comes to politics, we need more Lorraine Michaels, in the House of Assembly and on Parliament Hill in Ottawa. I believe we all can make a positive difference in people’s lives, our overall public healthcare system, and all of society!

MS. MICHAEL: Thank you, Mr. Speaker. I rise to salute a man who is a tireless advocate of better support for those living with mental health illnesses, and who has been outspoken on the need to include assistive supplies under our provincial pharmacare program.

Edward Sawdon takes every opportunity to educate the public about the realities faced by people living with physical disabilities and mental illness. He uses his own experiences to advocate for improvements to the provincial and national health care systems.

Edward serves on the Board of Directors of the Canadian Mental Health Association of Newfoundland and Labrador and the Pottle Centre, as well as being a member of several other related groups.

For his tireless advocacy work, Edward has received several Volunteer of the Year awards.

He was most recently the winner of the 2012 Renaissance Great Comeback Award for Atlantic Canada, ConvaTec Canada, which recognizes people who have made significant achievements in their lives following ostomy surgery, have made a meaningful contribution to the community or to others around them, and who have contributed to eliminating prejudicial misconceptions relating to people with ostomies.

I ask all hon. members, Mr. Speaker, to join me in congratulating Edward Sawdon for receiving the Great Comeback Award.

Lorraine, thank you for helping all Newfoundlanders & Labradoreans!

When one door closes…
The dropping price of oil reveals more than just the dangers of relying on oil revenue. It also reveals the dangers of letting high income… 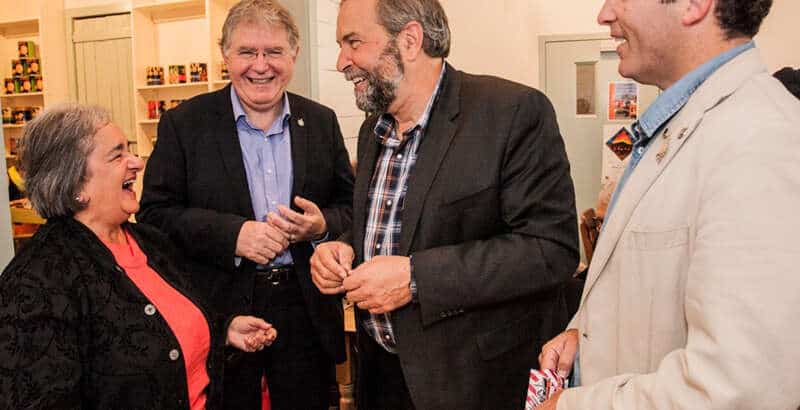 Orange you glad change comes better late than never?
It's been deferred for months but a straggling NDP finally gets a chance for renewal. But will it be enough?