The signs of change

“The renewable energy revolution is occurring faster than anyone predicted.”

The world, including Newfoundland and Labrador, is currently witnessing the slow painful death of the industrial revolution. Indeed, last month, Energy UK, the biggest energy lobbying group has changed its position on green energy and will start campaigning for low-carbon alternatives. Its members realize that their future is in the new forms of energy rather than the old.

Late last month, Saudi Arabia’s oil minister Ali al-Naimi told a crowd of oil executives in Texas that high-cost producers don’t have much of a future. Prior to that, in January 2015, researchers from the University College London’s Institute for Sustainable Resources published an article in science magazine Nature suggesting that if the world wants to keep the limit on global warming to 2 degrees Celcius, we need to keep a third of all oil reserves, half of gas reserves and over 80 percent of current coal reserves in the ground or unused.

In February 2016, again, an analysis done by Clean Energy Canada reported that “a third of a trillion dollars…was invested [in renewable power] around the world last year,” and that the cost of producing clean energy keeps dropping, with the fuel — sun, wind and water — being free.

In other words, the renewable energy revolution is occurring faster than anyone predicted. It is believed that, with a mixture of good will, leadership and common vision, Canada, including N.L., has the potential to meet 100 percent of its energy needs via wind, solar, geothermal, biomass, tidal, etc.

As we know, the New Brunswick Commission on Hydraulic Fracturing tabled its report last month. In addition to the usual findings regarding the absence of social license, a legal obligation to consult with First Nations and impacts of fracking on human health, the environment and water, one can read a link to climate change with a realization that the world “shifted” at the December 2015 climate change conference, COP21, in Paris.

Observations in the report, like “[w]e need to invest in these cleaner sources of energy that will create good jobs,” “New Brunswick needs to be part of this larger story,” and “our desire to begin the transition to a new economic and environmental reality,” bring hope that this new economy is emerging among and close to us.

We owe it to the next generations to think and act differently. 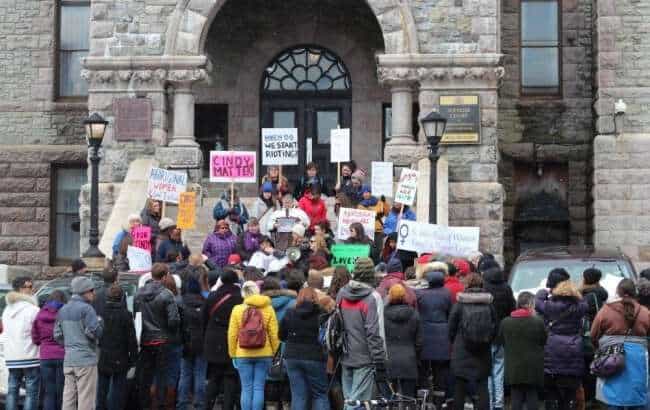 Reclaiming Newfoundland and Labrador Feminism
"Feminism is not something we wear, it is what we do -- and we do it everyday." 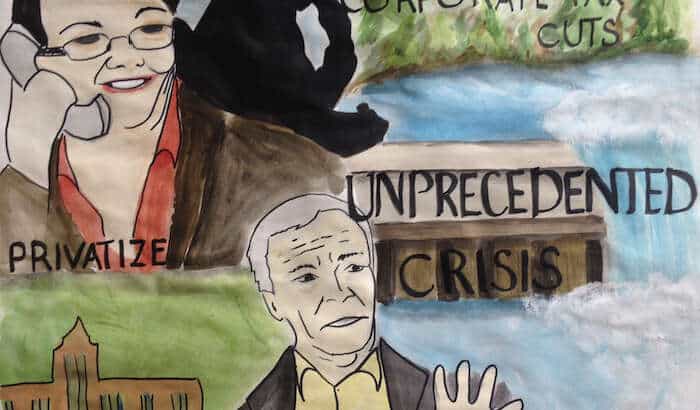 Not “Our” Crisis
An anti-austerity manifesto for N.L.