Trudeau showed up “dressed in a suit of armour”

During the federal election campaign the Liberals were patient and stayed out of the gutter, and delivered a positive message — which is what Canadians wanted.

The outcome of Monday’s federal election was one for the ages. While observers could easily envision a minority government based on the wisdom of the polls, I think it is safe to say that most Canadians were surprised to see a majority government elected, and not only a majority but a sizeable one at that.

The campaign kept reminding me of 1993 when the anti-Mulroney sentiment spilled over into Kim Campbell’s election campaign and the Progressive Conservative party was reduced to two seats in the House. The right wing in Canada found its representation through the Reform Party under Preston Manning, pretty much western-based.

While no one expected a result like 1993, one could sense enough dissatisfaction with the Conservatives that it was clear Prime Minister Stephen Harper’s days were numbered. But if you look at the electoral map as a result of Monday’s vote, what’s left of the Conservatives looks a lot like that old western Reform base — so in that sense it is not dissimilar to 1993.

Clearly Conservatives have a lot of re-building to do.

The statement that has been made to Stephen Harper and others of like mind, is that Canada is not the right wing, Republican-like country that he tried to make it out to be. The Tories have to accept that their goal of making the Conservative party the natural governing party in this country has failed.

Canadians have shown strength and open-mindedness and that, in fact, the days of a natural governing party are in the past. Any party can come to power, and when they do, they have to be disciplined and responsive to the electorate. But once in power, any party can lose their way and become corrupt. When that happens Canadians “throw the bums out”. Like we did on Monday when we saw a great win for democracy.

Stephen Harper ran a negative campaign. His followers did not have the courage to speak truth to power and challenge him to say that his approach was leading them into the wilderness. The Liberal campaign on the other hand patiently and consistently took the high road, staying out of the gutter, staying positive — and you see the result. Canadians wanted the reassurance given by the positive message that Justin Trudeau delivered.

But of all the shenanigans brought on by the Tories in this campaign, none was more telling than the irony contained in Harper spokesperson Kory Teneycke’s comment before the first debate, that Trudeau will exceed expectations if he shows up at the debate “with his pants on”.

The irony is this: Trudeau not only had his pants on but was fully dressed in a suit of armour and ready for battle. Tenecyke’s boss, however, became the Emperor without any clothes, period.

Animals can love too
Love is not just a human characteristic; all animals are capable of it. Here are a few examples from our homestead of the relationships and… 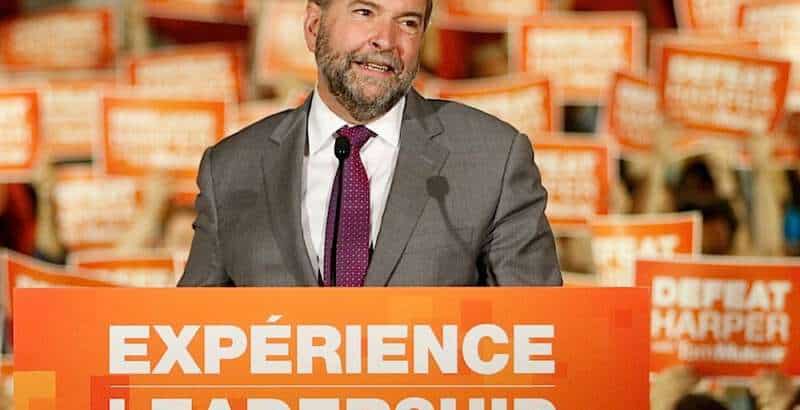 Why the NDP lost the election
It wasn't the Liberals' and New Democrats' apparent ideological shifts that resulted in #elxn42's red wave, but a return to the left could turn things…