Whether preserved through traditions or perpetuated by pop culture, sexism and the objectification of women are wrong, and their acceptance is holding us back.

There have been several student society frosh-week scandals in the news in recent weeks. Saint Mary’s University and University of British Columbia both got dragged through the coals for inappropriate chants glorifying non-consensual sex with underage girls, and at home the Memorial University of Newfoundland (MUN) engineering student society got publicly chastised for a racy D-Day mug design. The common theme among these scandals: sexism and the objectification of women.

Engineering students are known for being a bit reckless and crass with a heavy-drinking culture and wild antics. This notion is not entirely false. D-Day is a tradition started in 1973 by a guy named Dick (thus Dick’s Day). It’s a day where instead of going to classes, engineering students get in buses and go to a random, secret location to spend the day drinking beer out of (among other things) plastic beer mugs. These mugs are collectors’ items for MUN engineering students because along with the semester and year (and NEVER with the MUN logo), they also have a clever, often controversial and typically hilarious cartoon. The cartoon is pretty much always based on the theme of alcohol-consumption with an engineering twist, usually boasting about how much we can drink (or making fun of the Business faculty…or both). As a former president of the engineering student society I had a lot of fun coming up with ideas for these mugs and seeing the reaction they got on the day.

For those of you who haven’t seen the Fall 2013 mug yet it pictures a cartoon image of a scantily-clad girl in a sexually suggestive pose with the caption “If she’s thirsty…give her the D (DAY)”. This phrase is a play on an internet meme, which itself resulted from a comment posted on a pornographic website. The ‘d’ stands for dick – both in the meme and in D-Day (Dick’s Day, remember?). Since then there has been media coverage featuring comments from the Dean of Engineering and the President of Women in Science and Engineering (WISE) along with responses, both outraged and supportive, from students and the general public.

Like the worst kind of reprimand from a parent, I wasn’t angry about this mug – I was disappointed (okay, maybe also a little angry). I felt like the current student society just didn’t get it. In an industry where women have fought for so long to defy gender stereotypes and objectification to prove that we are intelligent and capable, this mug was reinforcing all of these negative preconceptions.

Engineering is a faculty where we have to actively campaign to get women to register. Organizations like WISE run ads and offer scholarships to get women to consider engineering as a career and still we stand at only about 22% of overall enrollment in Canada. In spite of this, within the engineering faculty – in my experience at least – girls are extremely well integrated. I would definitely say that I felt like and was treated as an equal, and I was always shown the utmost respect by my professors and classmates. But sadly this is not the reality everywhere, as we still face discrimination and bias in the workplace, and in society in general. For instance, women are paid on average almost 30% less than men for the same work in Canada, and that gap is even bigger for the engineering profession.

Comedy can be controversial. Shows like Family Guy and South Park make jokes about date rape and sexism all the time, but we still watch them. In fact it would be difficult to find any demographic group or cultural faux pas that hasn’t been tested in this medium. The issue here is the context. We’ve sexualised an event where women had successfully been integrated as equals. There is no doubt when looking at this cartoon that the girl is to be viewed as a sexual object.

It might seem like a harmless joke to some, but it is ostracizing a portion of the engineering population that is already in line for a career of falling victim to societal prejudices and glass ceilings.

The phrase “give her the d” may be a pop-culture phenomenon right now, but it is degrading, as most things you’d find originating from a porn site would be. If they really wanted to use the ‘d’ line, they could have done it in a way that didn’t alienate one of the sexes, or in a way that was completely non-sexual. A bit of creativity can go a long way! It is a bit of a stretch to interpret this cartoon as an invitation to have sex with a drunk girl, or even to get her drunk and then rape her, but it could be argued to be. It might seem like a harmless joke to some, but it is ostracizing a portion of the engineering population that is already in line for a career of falling victim to societal prejudices and glass ceilings.

What bothers me the most is hearing women, mostly students, saying that they don’t see anything wrong with this mug. We have put so much effort into trying to empower women and to break the cycle of objectification only to have this image distributed in a place where we are meant to feel like we’re among equals. By accepting images such as this as being “ok” in our inner circles we are giving up a lot of what we’ve been fighting for all these years. The catch phrase quoted on this mug evokes “throw a dog a bone” connotations and disrespectfully identifies a woman’s body as her prime merit. I am sick of hearing “you don’t look like an engineer” when people ask about my profession, and I certainly do not take it as a compliment. I believe in sexual expression and freedom for both sexes, but we are more than just tits and ass, and we deserve respect.

I know that the student society didn’t mean to make waves with this; it was a result of poor judgement and bad timing. But it’s important to learn from these types of blunders. The student society has a responsibility as representatives of the student body and of the university to make wise, informed decisions. They do so many positive things in the community: fundraisers for charity, running sporting events, organizing volunteer groups, providing support and information to the student body, interfacing with other societies from across Canada, and more. It is really a shame that this is taking away from all the great things they do. My suggestion: a public apology and making up for this blunder by putting off an event (fundraiser, forum, etc.) that will focus on empowering women, either in the field or in general.

Student societies are important, because university isn’t just about getting an education: it’s a formative time in one’s life and social aspects are vital in creating well-rounded individuals. It’s also a critical time to instil values and behaviours that will define the future. I am confident that we’re well on our way to ditching the chauvinistic views toward women in engineering, which is probably why this society didn’t necessarily see the harm in making this kind of joke. However, we’re not there yet and we can’t afford to lose any ground.

Delia Warren is currently working as a structural engineer in Paris, France. While completing her degree at Memorial University, she was Engineering Student Society ‘B’ president and active in many facets of university life. She has participated in a total of 9 D-Day events. 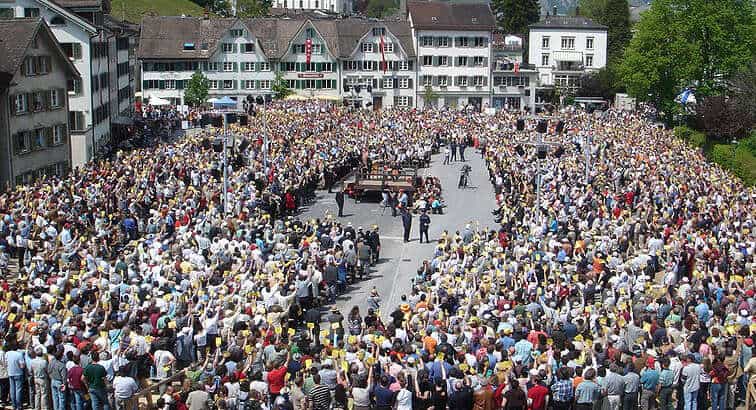 Demo-X St. John’s: an experiment in democracy
Democracy is practiced in many ways. If ours isn't working, why not learn about some others?

Quick guide to where the St. John’s election candidates stand
Using data from the Indy's questionnaire, we highlight candidates' positions on polarizing issues.