Pretty in Pink (or blue, or purple, or black, or aquamarine)

As a parent, what I most want for my children is for them to be free to explore who they are.

I want them to be themselves, without limitations, to be able to explore their identity and self-expression and creativity however they choose to.

I want them to be able to have all the tools they might desire to be able to explore their creative selves, whether they want to paint only with pink, or to wear a tutu with army boots, or use play-dough to build cities, or to run around in the grass all summer long.

Every child is different, and in a world that is increasingly filled with advertising, iPhone apps, YouTube ads, merchandising snuck into Netflix television shows, and simple peer pressure to fit in, it’s a challenge both to allow our children the opportunities to simply be themselves, and also to navigate the pressure from other people who might judge our children.

Because it starts early.

My tiny boy, when just a newborn, was already being gifted with blue blankets, trucks and cars. As a toddler, we had people remark, “Boys are just different than girls,” and, “He’s going to break some girl’s heart someday” (as if that’s a good thing), or, “He’s so boyish!”. And as much as he loves tractors and trains right now, he also loves animals, playing dress-up with his big sisters, wearing a doll in a sling like his mama. Right now he is asking about pink all the time, and while some may comment how easygoing we are to let him be interested in pink or in in rainbows, he’s barely two years old and just trying to figure out his colours.

I just want him to be free to explore who he is. And while I might want to non-gender my tiny person as much as possible, I would also be pigeonholing him if I decided to not allow him to play with toys that I deemed too “boyish” in my desire to avoid gendering.

At two, he doesn’t make a distinction between a so-called boy’s toy and a so-called girl’s toy. He is simply exploring play and creativity in the various manners that interest him. He has a pink and purple tea set and a toy kitchen—toys which some might designate to be girls’ toys—which he likes to take his tractors and animals to dinner at. He’s just learning, he’s exploring, and I want him to have every opportunity to do so.

Similarly, my step-daughter is exploring her creative expression. She’s fantastic to watch. She’s creative and artistic and loves to perform shows and dances and create talk shows.

She is growing up in an Internet age, where she can choose whatever show she might like to watch on Netflix (many of them depicting a very carefully crafted reflection of childhood and adolescence in the U.S.), she can download various apps, and she’s from a YouTube generation.

At nine years old, she knows how to navigate the internet to find what she wants. And what she watches and is influenced by is heavily factored into her creative play. She dislikes pink because she’s decided that it is too girly and represents a certain type of girl — and that is not the type of girl she wants to be. At this point in her young life, she is crafting herself as a sporty girl who likes to be active, likes to move, and wants to wear Adidas and hoodies and avoids lace and pink and flowers and sparkles.

Just seven years older than my toddler, she is crafting herself and is aware of how certain things might reflect her appearance to the world. She is exploring self-expression. It’s amazing to watch, and yet she is unaware of how mass media might have influenced her ideas about expression and appearance. The girly girl or the sporty girl are carefully crafted ideas that have been depicted to her somewhere (on Hannah Montana? Sabrina the Teenage Witch? iCarly?), but at this age they resonate with her and she is crafting herself in a specific manner because of them.

And we can tell her that she can be whoever she chooses. We can support her in her decision-making and choices. And if we were to tell her to be another way because we don’t approve of the societal implications, we’d be boxing her in. In exactly the way we don’t want her to be boxed in.

Whatever the reasons for which she is choosing the sporty girl over the girly girl persona at this time in her life, it’s her choice to make. Just like our little person is free to play with tea sets and tractors as much as he wants. It’s their way of discovering themselves — and like many stages, it might or might not pass.

It’s a point that Robin McGrath seems to have missed in her opinion piece “Pathetic in Pink”, published in the Northeast Avalon Times earlier this month. While she waxes on about her dislike of little girls in pink, wearing princess clothes and wearing fairy wings (what’s so wrong about believing in fairies and magic anyway?), she misses the bigger point.

Whatever McGrath’s dislike for pink princess culture, it’s a culture that has been imbued with meaning by society. And those inscribed meanings are not necessarily understood by four-year-old (or nine-year old) girls and boys. Who is to say that pink is girly, or blue is boyish, or purple is too girly, or black is for boys?

If my children want to wear pink and blue and purple and black and turquoise and aquamarine and magenta and emerald, all the power to them. Their meanings should be what our children choose to inscribe them with, not what society tells us they should mean.

McGrath’s dislike of princesses—both real and imaginary—and her superimposing that hatred on children, is unfair to say the least. Children are simply exploring their entire selves—and every part of their selves—and they do so through all forms of play and imagination.

The child that wants to wear pink and dress up as a princess with fairy wings might also be the child who is building Lego dragons and hammering fences with their dad or mom. Who is to say that any of these things have to be singular and distinct? Why can’t a child like princesses and Transformers? Why can’t a child have a tea party and build a fence? In her apparent desire to get rid of pink and princesses and tutus and fairies, and her fear that little girls are boxing themselves in, McGrath is doing the same thing she objects to — she is also boxing in children who like these things. She misses the bigger picture entirely of why and how we inscribe such meaning to these symbols, and how we can give our children a healthy childhood where they are free to explore every aspect of themselves, without judgement or oppression.

There is too much oppression in this world already. Too much judgement. The last thing I want is for my children to be judged at such an early age the way McGrath is judging them.

I choose to let my children explore themselves in every way possible. The tea sets and tractors, the tracksuits and dances — everything is a phase that might end tomorrow. Tomorrow is a new day, filled with a new idea to explore, a new person to be.

All I want is for my children to always be free to be who they want to be, however they choose to depict themselves. 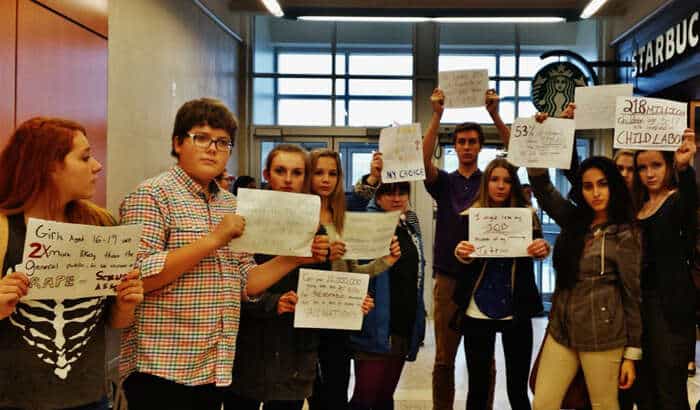 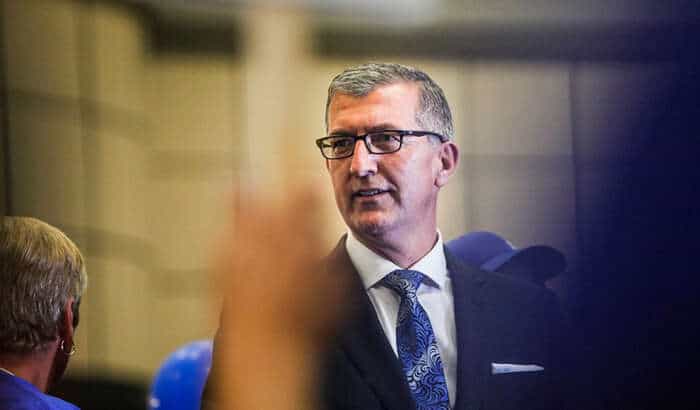 God guard thee, Newfoundland
What the rushed passage of controversial Bill 42 reveals about our leading political parties, their understanding of legislative reform and their propensity for anti-democratic decision-making