The path to sustainable civilization begins with the realization of an ancient Truth: we are Nature.

Diversity is the spice of life

Once we start tapping renewable energy, we become aware of the many aspects of the source of that power. Wind energy is amazing in Newfoundland, for example, and we notice how it tends to drop off in the evening and resume in early morning. With the 1,000-watt wind turbine at the Tree Of Life Sustainability Project we time our power tool usage around windy days because the system can support our needs then. On the other hand, if it goes calm then we can expect to run out of lights at night after two or three hours because we do not have a substantial battery bank.

It is quite something to connect a running table saw running to the turning blades of a wind turbine. On the other hand, when we were tried out solar panels, it became painfully apparent how many successive cloudy days there are in winter here in the central Avalon. We gave up on solar panels, although they could have some value in summer, notably to generate solar hot water.

In the second part of this series I introduced the term ‘permaculture’. An extension of this concept is that we synchronize to what Nature offers in our particular ‘place’. It differs with every site, and differences lead to diversity, and diversity is healthy.

Have you ever noticed how, in suburban developments, contractors remove every living thing from a site before starting construction on a house? No blade of grass, tree or smidgeon of soil can remain, as if all this biota is somehow in the way or completely useless. People subsequently pay substantial sums of money to truck in topsoil, buy trees and sod and seed the lawn. These things called ‘lawns’ are a quintessential example of a monoculture. All “weeds” must go. And just think: the dandelion is one of the best medicinal and neutraceutical plants on the planet. Something is badly amiss here, and it is the growing dissonance with Nature that prevails in much of our western culture. The American environmental sage and poet Gary Snyder likens what is happening globally to the environment – that is, the nonhuman realm of watersheds and ecosystems – to a war against Nature.

The materialistic view conceives of humans as living in peace and prosperity in a technological wonderland where the basic natural laws can be ultimately engineered. Today we interact almost exclusively with other humans and with our own human-made technologies. Notice how most people now are staring into a smart phone and/or have iPods plugged into their ears?

In The Spell of the Sensuous David Abram notes that in doing this we cut ourselves off from the deep meanings of Nature, severing our language from that which supports and sustains us. To return to our senses is to renew our bond with wider life. Permaculture is attuning to the diversity of Nature around us and working with, rather than against, those processes. Hence, when growing vegetables we should seek to plant among other species rather than creating a monoculture. In natural farming even tilling the soil is seen as unnecessary, and planting here and there among other vegetation reduces the damage from pests.

What are we called to do?

Environmental Scientists such as Dr. David Suzuki point to the absurdity of an economic system that treats the environment as an externality, and has as its only measure of success ‘economic growth’, which implies taking even more from Nature than what is already being bought and sold.  Heavens forbid that we should have a year when our Gross Domestic Product (GDP) is the same or even less than the year before because we might then be heading into a recession. What is missing from this capitalist culture mindset is that the environment has limits. We come to understand such limits and how to synergize with them by fully occupying a ‘Place’ in Nature – and this is the root of culture.

It is at the scale of our direct sensory interactions with the land that we can appropriately respond to the needs of the living world. Therefore, we begin by learning how to inhabit a ‘place’. These are the openings we experience in moving our lifestyle off-the-grid, because we have to come to understand all the natural nuances about the parcel of land, i.e., the ‘place’ we have chosen to occupy. These include considerations of what best alternative energy potential occurs there, what the forest cover includes (for building materials), the fertility of the soil, the location of springs and flowing water, et cetera.

Nature is not served by rigid laws but by rhythmical reciprocal processes. It is vital for our survival that whatever methods we adopt for our future technology should always emulate the natural movement of energy, and Nature’s systems of motion, growth and development.

Viktor Schauberger patented a number of alternative energy devices that tapped ‘free energy’, and his work continues to inspire other researchers in the energy evolution. Schauberger’s work has been extensively researched and translated by Callum Coats, who notes that the existence of a higher (dialectric) Truth appears to have eluded general scientific thinking, which conceives of reality more in terms of laws than mutually interactive reciprocities. The manifestation of all natural forces is the result of the interaction between two opposites. Hence, in Living Energies, Coats spends considerable effort describing the patents of Schauberger that demonstrated levitation, a reciprocal of gravitation. Such forces are free and all around us. A tornado accelerates inwardly (centripetally) without needing explosive energy as is required for outwardly accelerating (centrifugal) technologies that our culture is currently dependent on.

Masanobu Fukuoka, the Japanese elder of natural farming, stated: “Simply serve Nature and all is well.”

In our western culture everything is coming through the lens of “science” as if the natural element under consideration does not exist or is somehow illusionary if science has not proven its existence. For example, science still denies the existence of life energy. In 1954, of course, Dr. Wilhelm Reich was imprisoned, and all his scientific materials were destroyed by U.S. court order for his ground-breaking research on Orgone, the term he coined for life energy.

In One Straw Revolution, Fukuoka espouses that to believe that by research and invention humanity can create something better than Nature is an illusion. He claims humanity is struggling for no other reason than to come to know the vast incomprehensibility of Nature. By living simply in Nature one can contemplate the ‘Great Way’ – that is, the path of spiritual awareness which involves attentiveness to, and care for, the ordinary activities of daily life.

This is such a diametrically opposite direction from the present focus of our society, yet there are areas of the world where the aspiration to live with Nature is more real. In parts of Russia, some areas are provided to people by the government where the Dachniks spend time tending their gardens at their dacha, or place in the country. This is, in fact, an example of a government policy to encourage and support people to become self sufficient by providing each family with two hectares of land. This link to Nature has far-reaching appeal to people as evidenced by the best-selling Ringing Cedar Series.

In One Straw Revolution Fukuoka emphasizes that people must first become natural people, living with, rather than separate from, Nature. This is because people complacently view the world as a place where “progress” grows out of turmoil and confusion. Purposeless and destructive development invites confusion of thought, invites nothing less than the degeneration and collapse of humankind. He notes that it is not clearly understood what the non-moving source of all this activity is – what Nature is – so our work starts with finding a ‘place’ in Nature where we can begin our true work: the contemplation of the amazing infinite intricacies of Nature.

Fukuoka is saying that we are all inextricably part of Nature, a ‘Oneness’ with all, and that the human world was simple before science began attempting to explain everything by separating the whole into endless numbers of objects. Humans have trapped themselves in the endless hell of the intellect. We sit and meditate in Nature in order to ‘still the mind’, because what is between us and enlightenment is the rational (scientific) mind. 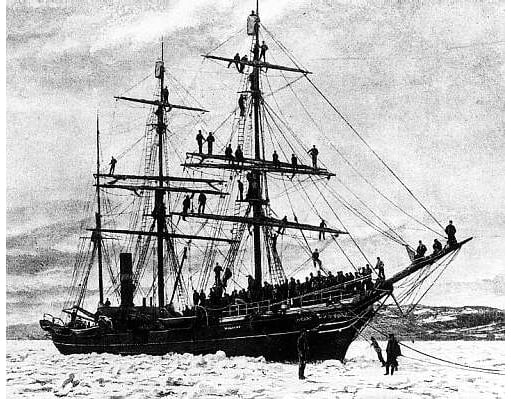 Sealing my fate
I used to think I knew where I stood on the seal hunt. Now I'm not so sure.

The Allure of exploitation – and what to do about it
Enough talk: bars and clubs need to take greater responsibility for the messages they send