1943 science was apparently a lot more evolved than history lets on.

One would think setting a hero in the most epic conflict in history would be a recipe for success. In fact, the draw of a hero like Captain America probably comes from being set in a conflict so many of us find fascinating. That’s why it was so hard to believe that Captain America: The First Avenger could fall so flat.

Marvel Studios has done well in setting up The Avengers, the upcoming blockbuster that brings most of their bankable properties together in hopes of creating the greatest superhero flick ever made.

Precursors like Iron Man and Thor gave people good action with a bit of wit and solid footing in the comics that have produced the characters. With The First Avenger, which is actually the last film to introduce a character in The Avengers, it seems like anyone with their fingers in the pie really lost that plot.

The film introduces you to Steve Rogers (Chris Evans), a plucky little mite who just wants to fight for his country in Europe. He gets repeatedly turned away due to lack of desirable physical attributes, despite attempting recruiting stations all over the American northeast.

This is where the problems start.

Evans stands over six feet tall, and weighed about 220 for this role, one defined as “the perfect soldier.” They needed to digitally alter him by trimming parts of his body in the editing suite to make him appear scrawny and weak. The result is an awkward-looking half-man who just looks…strange.

Normally this wouldn’t really be a problem for me, but the character of Rogers is utterly insufferable. He’s too good. I get it, you want Captain America to be someone people can be proud of, but Rogers is so good it’s just ridiculous.

He stands up to loudmouth jocks and takes a beating for it, he jumps on a test grenade when all the bigger men run for cover, he goofily shouts “I can do this!” when they want to stop the Super Soldier program out of fear they’ll kill him. He’s everyone’s annoying little brother rolled into one horrendous caricature.

The film moves on to the war, where Captain America – now with all his overwhelming good backed up by his serum-induced abilities – goes from mascot to hero by saving a crew of POWs. The government sees what they have in him (how they didn’t think a musclebound superman with the speed of a cheetah and strength of a bear would help in combat, I don’t know), and offer him a mission. He is to take down Red Skull (Hugo Weaving), the leader of Nazi weapons division HYDRA, who has gone rogue and is attempting to take over the world on his own.

Rogers accepts. A bunch of stuff happens, and nothing really interesting comes before the end credits.

Speaking broadly, the movie is just a disappointing experience. The over-the-top corniness of Rogers was irreparable, while seeing laser fights between soldiers who looked like Tron leftovers – in 1940s Europe, no less – really hurt the cause too. Certain fantastic elements have to exist in a film like this regardless of the year in which it’s set, but it’s ugly when they’re so far out in left field.

The ending didn’t help either, as there was no explanation as to how we got to that point and it just left viewers with a moronic final scene. It was like Marvel was paying for film by the inch, and ran out of budget before they could film something reasonable.

Overall, Captain America is pretty forgettable. It’s watchable at its best, but the movie just can’t overcome its own foolishness most of the time. There’s a scene after the credits worth staying for if you’re looking forward to The Avengers, which I still am, but certainly not because of this effort. 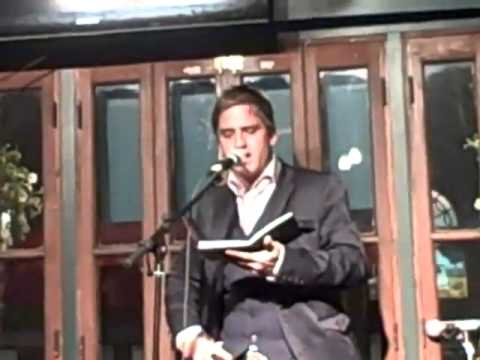