At the end of their first full-length record, on a tune called “A Short History of America,” Long Distance Runners bawl over gang vocals: “I know where I come from / I was born to rock n’ roll.” The line is a mantra, a thematic reduction of what had just been demonstrated in 11 disparate yet comparable songs; this band was meant to be making music.

The foursome – Chris Picco, Adam Cardwell, Matt Hender, and Dicky Strickland – have had a busy two years since their unlikely formation. Tracks comes on the heels of a self-titled EP in 2010 that ended up being nominated for an ECMA last month in Moncton, and a tour of Eastern Canada that just wrapped up. With a video shoot and a St. John’s CD release show this weekend, it’s been a test of stamina – but if there’s one thing a long distance runner has, it’s endurance.

“Anyone who’s doing it knows how tough it is, just to keep a band together. You definitely need a lot of endurance,” explained Picco, the group’s vocalist and principle lyricist, who sat down to chat with the Indy last week.

“I’ve gone through a lot the last couple years, doing these records. I got married, my mother died, I had a baby, I produced a few records […] all in the last year and a half.”

Instead of exhaustion, the Long Distance Runners have turned life circumstances into creative energy. Tracks is a layered collection of rock tunes that veer in their influences – expect alt-country interspersed with ballads and straight-up indie rock – but are ultimately grounded in unified frameworks where no one member outshines another, but rather feeds off of each other and builds momentum.

“Some people might find it difficult to figure out exactly what it is, but I think that’s a good thing. There is a cohesiveness – I mean, you’ve got the same songwriter writing all the lyrics, there are common themes going through, and they all came from a similar period. They might have different styles, but it’s always the same band.”

“I’m glad that it’s not all the same,” Picco quickly adds. “You put out a record some days, and you hear the first 5 songs, and then that’s the whole record. We’re not about that – we’ve got different styles we like to work in.”

“Even on this tour, a regular comment after a show would be, ‘You guys sound like a band,’” the musician explained. It seems a simple thing, but when you consider that the Long Distance Runners didn’t know each other (let alone play music together) before collaborating, the all-together band sound is something of their Holy Grail.

The same can be said of the songwriting process. Although Picco is responsible for the bare bones of the songs, the finished cuts are all collaborative efforts, with some of the best work happening at the spur of the moment in the studio.

“The first EP, we said we’d do these 5 songs, record these, and we knew what we wanted to do on them. This album was a little more spontaneous. Songs like ‘Election Day,’ ‘Treading Water,’ ‘The Island’ – those songs, the band had never played them before. So we have a mix of songs that were thought out and rehearsed, and other songs that were more spontaneous and came to shape in the studio.”

From a listener’s perspective, Tracks stands apart from other local rock records because of its sophisticated production and sense of completeness in forging an identity. The influences of classic rock are prevalent – particularly in the 70s-esque harmonies and guitar riffs, most noticeable on “Sally Ann” – but forays in different directions are never made just for the hell of it or to be quirky for quirky’s sake.

Rather, there’s always a point, and Long Distance Runners are capable of making it because they understand what they’re doing and how to establish a mood by way of musical arrangements. If they want to make you dance, then you’ve got “Treading Water” or “He Doesn’t Stare into the Sun No More.” If they want a folksy sing-a-long, there’s “Knuckles,” and for a stuck-in-your-head pop jingle, there’s “Credits Roll.”

I say “if they want,” but that’s not really fair. It never feels like the band wrote songs specifically to fill a gap – each song has a specific role that could not work otherwise, and is presented the way it is simply because it is.

But don’t take my word for it – let the music do the talking.

“It’s not a political song, it’s just the title comes from a moment where I was watching something on TV – the Conservatives coming into power. It’s not about Stephen Harper, it’s not about my political beliefs, it’s about taking sides.”

Tracks was officially released online and in stores in April, but the St. John’s release show is this Friday at the Rock House. After that, the name of the game is playing and promoting this excellent record – with two tours under their belt already, the band is optimistic they can spread their music farther across the country, and hopefully into the United States and Europe in the not-so-distant future, with a return visit to the studio also in the works.
This is the race that the Long Distance Runners have been preparing for, and now is not the time to feel out of breath. 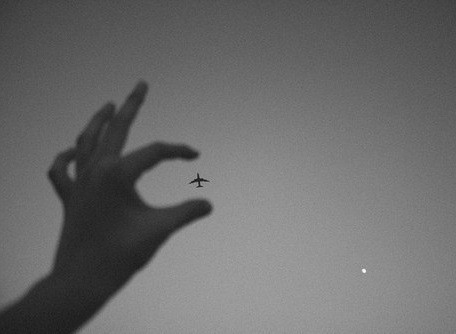 Try as you might, you can’t budgit
One Labradorian pokes holes in the provincial government's Northern Strategic Plan as falling short of providing adequate investments to promote growth in Labrador. Not only…