Ballads is Matthew Byrne’s debut solo album, although he is no stranger to traditional music, coming from arguably one of the most musical families in Newfoundland. Byrne has collected 10 great story songs and performed them beautifully, taking full advantage of his skills as a singer and guitarist.

His guitar playing is complex enough to be melodic and rhythmic but never overdone — perfect accompaniment to songs like “The Banks of Newfoundland” and “Three Score and Ten” (one of my favourites). The instrumental work throughout the album (credited to a variety of local musicians including Billy Sutton, Fred Jorgensen and Fergus O’Byrne) is excellently arranged. The stories that form the heart of a ballad are constantly at risk of being overwhelmed by the accompanying music, but here it is always complementary.

Byrne chose to sing several tracks unaccompanied, and he’s up to the task of holding listeners’ attention without the help of instruments. My only complaint is that he sometimes speaks rather than sings the final lines of the unaccompanied songs, on “Young Riley” and “Loss of the Schooner Maggie,” for example. While I understand that this is reminiscent of the traditional singers Byrne is invoking, it breaks the melody and mood of the songs and ends their stories with a jolt rather than a solid conclusion. The ending to the unaccompanied “Jack Ashton” is much more gratifying.

The stories collected on Ballads are from many different time periods and locations, and the liner notes briefly explain the journey each song has taken to end up in Byrne’s repertoire. There is a bit of a folklorist or archivist in him, something which Byrne points out in the liner notes, mentioning that the album is “rooted in a strong family tradition of singing and song-finding.” It makes these songs traditional, not only in the familiar sense, but also in the sense that he is carrying on a family tradition as well as a wider cultural music tradition, and each song is all the more meaningful for it.

The notion of “traditional” music is a tricky one, and one that in Newfoundland has often tied exclusively to ideas of fiddles and bodhrans and pubs with names that are almost embarrassingly Irish. There’s nothing necessarily wrong with that image, but musicians like Matthew Byrne should remind us that tourist brochure definitions do not always encompass all the things that “traditional” can be.

Traditional music can preserve and interpret history and identity through stories, and if you’re looking for a collection of songs by a young musician who is perfecting his craft of telling a good story through music, this album is a great one. And if you get the chance to see Matthew performing either solo or with The Dardanelles, I urge you to take it. 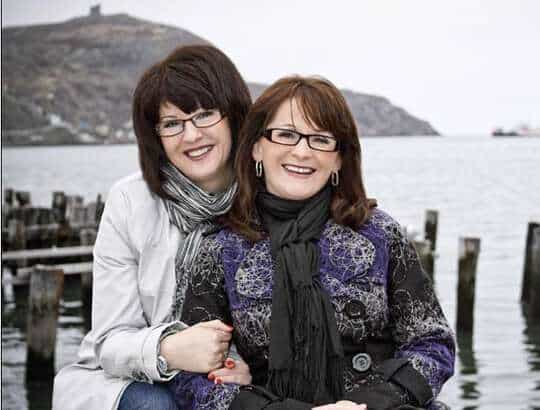