Patrick Watson | Adventures in Your Own Backyard

Patrick Watson, the Canadian band named after their lead singer, love pretty sounds. The group’s fourth album comes on the heels of two consecutive Polaris Prize nods – Close to Paradise actually took the award in 2007 – and so there’s considerable hype amongst those with one ear to the ground. Of course, one ear to the ground means you’ve got another pointed towards the sky, which is fitting since Adventures in Your Own Backyard is so damn angelic.

The record is a textured attempt to create a mood, rather than fragmented singles somehow constituting a whole. Adventures opens with the orchestral “Lighthouse,” complemented by an uncomplicated piano melody where each keystroke sounds like a little dribble of spring rain. Watson’s falsetto is the centerpiece, but the instrumental flourishes – relatively simplistic, given an experimental back catalogue – all play their own part and have moments of sharp focus.

As much as I want to love this album, something fundamental is missing. Each individual piece is a beautiful melding of chamber music and airy pop, and the songs move through emotional cycles like it isn’t even a thing, but the listener is never really given that moment of clarity or catharsis where all the distinct parts meld into something cohesive. You can listen to the dozen tracks through and be absolutely enchanted, but be at a loss to say what’s going on, or even where the line is between songs. Pushing stop is like abruptly waking up from a dream, with only stray melody lines echoing in your foggy mind.

To that end, the album is something of an introspective experience that requires concentration, or at least the right frame of mind. It’s deeply romantic, or at least sensual, and though it offers melodramatic moments (like the sparse instrumental “Swimming Pools”), it never leads your emotions in a negative direction.

Adventures is rife with details and aesthetic prowess, and fans are rewarded for their anticipation, but it’s like a really nice painting that you’ve got no suitable place to hang: it would be difficult to integrate any single track into my music library out of context. The only possible exception of being a stand alone track is “Into Giants,” a folky frolic with great drum work by Robbie Kuster that guides the song into a swelling hook. The rest of the album could only truly be explored on a misty evening with a bottle of wine.

Maybe, though, that’s precisely the point: without getting to the core of yourself, how can you possibly have adventures in your own backyard? 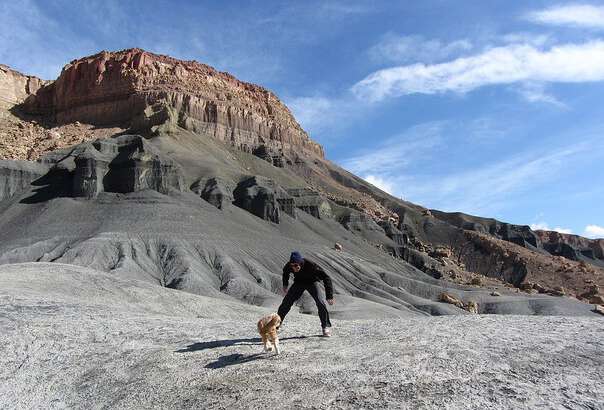 Coming and going: Thoughts on what’s growing
Our columnist shares some parting thoughts