Far from her Happy Valley-Goose Bay home, Marilyn Churley found herself pregnant in the 60s with little support and few options. ‘Shameless’ tells the story of her reunion with her son more than 20 years later and her fight for adoption disclosure as a politician in Ontario. This Sunday she launches her book in St. John’s.

Canada in the late 1960s was, in many ways, a different country than it now is. This is especially true for women who, like Marilyn Churley, found themselves caught between a counter-culture fighting for equality between men and women, in which sexual liberation played no small part, and a mainstream culture that at best ignored, and at worst criminalized, female sexuality.

In her book Shameless: The Fight for Adoption Disclosure and the Search for my Son, Churley uses her own traumatic story of being young, far from her home in Happy Valley-Goose Bay and pregnant at a time when “many women…would have rather died than find themselves pregnant out of wedlock,” to expose the cruel system that saw thousands of Canadian women coerced into giving up their babies between WWII and the 1970s.

Churley appropriately frames the story as a human rights issue, both for the birth mothers—who often did not even get to hold their newborn children and were left to wonder for years if their babies were safe and cared for—and for the adoptees who had no access to their personal histories or to critical health records that could have given them access to early intervention and treatment of genetically-inherited illnesses.

More than 20 years after giving up her son for adoption Churley, then an Ontario cabinet minister, found herself empowered to change adoption disclosure laws, allowing birth mothers and adoptees to be reunited, and for adoptees to have access to their personal historical and health information.

While Shameless is certainly an empowering read — showcasing the ability that passion, determination and endurance have to affect real change — it also serves as a stark reminder that political change is a slow-moving river. Although adoption disclosure had widespread support from both the public and multi-party MPPs in Ontario, opponents used filibusters and failed to bring Churley’s private member bills to Third Reading and final vote. It took over a decade and five separate bills for the change to come into effect in 2009. Today, because of Churley’s dedication to the cause, and to indefatigable groups like Parent Finders Inc., Canadian Council of Natural Mothers, and Coalition for Open Adoption Records, birth mothers and adoptees have access to their own private information and health records and are able, if they both so choose, to reunite once the adoptee is 18.

While a great accomplishment, Churley notes that there is still ground to cover — a small minority of adoptees and birth mothers do not have access to each others’ information because of information disclosure vetoes. Further, an estimated 20,000 First Nations children were taken from their families and adopted by predominantly white families in Canada and the United States between the ‘60s and mid-80s — a program under which accurate records were not maintained. Children adopted under this misguided program were robbed of family, culture, Indian status and, now, the ability to reconnect with their heritage and biological families. Finally, the increased use of reproductive technologies to conceive creates some unique issues surrounding donor anonymity.

In Newfoundland and Labrador, adoption records were opened in 2003 and allowed access to biological siblings in 2013. For adoption information, visit the Service NL web site.

Marilyn Churley will be in St. John’s for the Newfoundland launch of ‘Shameless: The Fight for Adoption Disclosure and the Search for my Son’ at The Ship Pub on Sunday, March 22 at 8 p.m. For more information, click here. 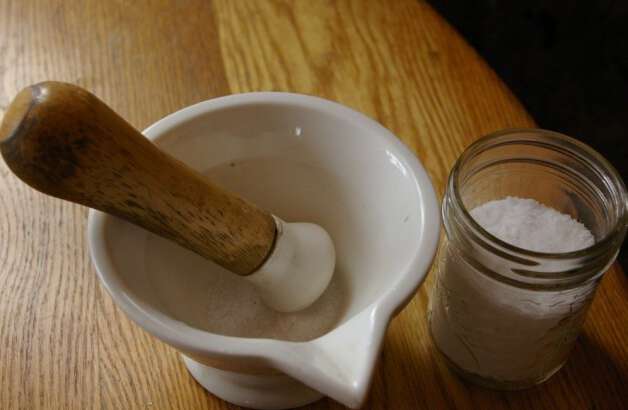 How to make your own sea salt
Salt making has a long history, both globally and locally, and has, at times, been worth more than gold. Yet, today, we import a majority…