Sean Panting | Man of the Year

Long before he became Jake Doyle’s lawyer, Sean Panting was a guitar-wielding staple on the local music scene. As a solo singer-songwriter and one of the major forces behind alternative rock trio Drive in the ’90s, Panting has established his own identity on a separate branch of one of the most notable musical family trees in the province. Man of the Year, his fifth solo endeavour and first release since 2005, meanders between contemporary alternative grooves and acoustic rhythms for an album that has breaths of fresh air, but too much restraint.

The eponymous opening track plays no tricks with its lyrical structure or instrumental build-up, making it a good enough pop rock song, but nothing that you haven’t heard before. It’s the less-is-more numbers that are more impressive, like the lullaby-esque “I Get Tired of Putting out Fires” or the concise “Panic Steers”. To his credit, Panting treats the verses of his songs as more than simply the means of getting to a chorus; instead, the melodies are enticing and as memorable as the refrains, and that’s a nice treat.

“I Picked Hell” pops up midway through the album, and it’s the loudest, most fun cut off Man of the Year. “There may be a throne in heaven / But I picked Hell for the company” he bawls in the sing-along chorus, echoing Billy Joel’s claim that sinners are much more fun. Throughout the album, Panting sounds similar to Kalem Mahoney from The Monday Nights, donning a plainspoken voice that hits the right notes but doesn’t goof around with them, and that’s the problem: from the ballads to the most amped-up numbers, he takes it all too seriously, instead of showing release or having as much fun as he could or should.

It’s like following a carefully drawn out map instead of intuition – true enough, sometimes the latter gets you lost, but when it leads you in the right way… it leads you the right way. Panting has inherent musical prowess, that’s obvious, and the grunge-influenced “Cubicle Creature” closes with two minutes of electric guitar escapism, but so much of the album is held back with bated breath that these little moments are too little, too late.

The ebb and flow of Man of the Year is there, but the subdued moments aren’t as sentimental as they ought, and the rock ’n’ roll falters when it ought to peak. That doesn’t make Sean Panting’s latest album unlikeable, but for such a long-awaited release, it isn’t as innovative or as genuine as one would hope. It may not be album of the year, but when Panting encourages you to “love me now, love me now / Or leave me,” on the opening number, you’re not going anywhere. 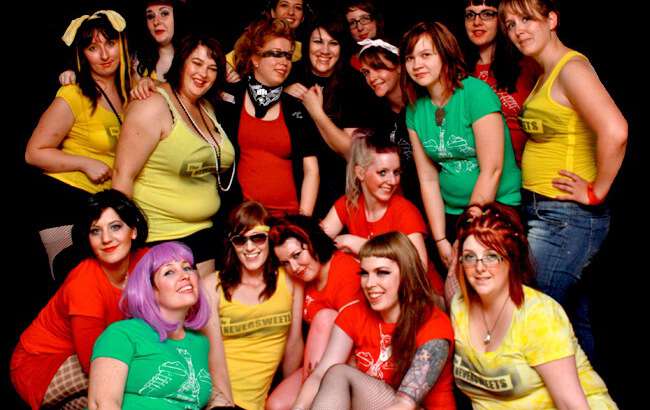 Rogers shutting down 40% of its video stores