Shawn Hook | Cosmonaut and the Girl

If Shawn Hook played at Club One, I probably wouldn’t be too bothered. If he was included on the bill of a festival I was going to anyway, I’d probably be decently excited. The Canadian electro-pop newcomer has that kind of live, summertime energy that isn’t headliner material – yet – but is more fluid than dime-a-dozen radio mediocrity.

Cosmonaut and the Girl is Hook’s first major label release, though he’s already got a few credits to his name since learning the piano at age four. The album opens with “Planet Earth,” a dreamy, Moby-esque track that launches like a rocket into a falsetto-fuelled chorus. It’s nothing ground-breaking, but it is layered and calculated, and deals with something loftier and more intelligent than grinding at a club.

The electronic production underlying the songs – largely inspired by producer Jon Levine of the Philosopher Kings, who has also worked with Nelly Furtado and Fefe Dobson – actually works quite well in crafting a larger-than-life sound that doesn’t feel artificial or machine-driven. The closing track, “One Life,” could be almost folksy if it was stripped down; that said, an alternate acoustic version of the lead single, “Every Red Light” is presented on the album, and it doesn’t have the same effect as the regular cut.

What you’ve got in Cosmonaut is a sound that, without eclipsing Hook’s vocal range, almost has the vision to be a full, separate entity. For a debut to be able to stand apart says something – namely, that a sublime sound could be within reach. “Two Hearts Set on Fire” is the surprising standout track in this regard.

“So close I can taste it / I’ve waited all my life / And I don’t want to waste it / I’ve chased this all my life” – so goes the jolting chorus of “So Close,” and even though it’s something we’ve heard a hundred times before, it’s got a freshness that reaffirms what pop music can do.

I don’t want to be hyperbolic – I’ve already said Cosmonaut isn’t a musical saviour. But it is good and genuine, and while Shawn Hook isn’t Cohen put to pop club beats, it is more than your standard fare – once he figures out how to transcend the mainstream, this one to watch just might soar above our heads. 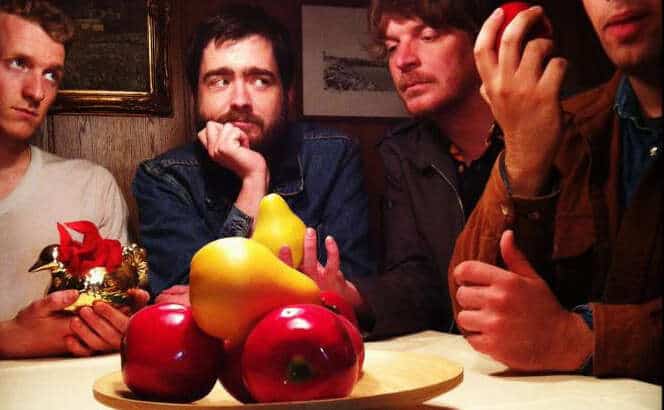 St. John’s band to attempt world record
Whilst on tour in Europe, The Burning Hell are endeavouring to play 10 shows in 10 countries in 24 hours...kids you not!