The Domestics | State and Arrow

The opening chords conjure images of the classic western movie, Clint Eastwood squinting in the sun, the imminent showdown. That reverb-drenched guitar is the beginning of “Train”, the first track of State & Arrow, a 6-song EP that is the debut release from The Domestics, made up of husband-and-wife team Sandy May and Ian Cornelissen. (They’re domestic – get it?)

The classic country-rock sound continues throughout the album, pedal steel and twangy distorted guitars setting the tone throughout. While the songs tend to sound a little familiar, that’s not necessarily a bad thing – kind of like you’re discovering a cool band from the 60s or 70s that you’ve missed until now.

Both Sandy and Ian could probably have been a little more daring in their singing. On “No Two Sunsets” for example, it feels like the vocals are trying a bit too hard for a specific country feel and would probably have been stronger if they sounded more natural. But both voices are heartfelt and honest and they generally suit these straightforward, sentimental tunes. They sound awesome together on “Autumn ’03,” which is one of the things that makes the song one of the EP’s best tracks, together with the steady drumbeat and the gritty guitar. I wish they’d shared vocal duties more often as their voices complement each other well. They should work together.

All in all this is an enjoyable collection of well-written and well-performed songs, and I think it’s the first release from a musical act still finding their feet, developing their songs and their sounds. I get the feeling they’d be good live, and I’m looking forward to a full-length release from them to see how their songwriting and musicianship develops.

The Domestics are at www.thedomesticsmusic.com. Check out the posters they’ve put online too.

Jones not stepping away from Provincial Liberals 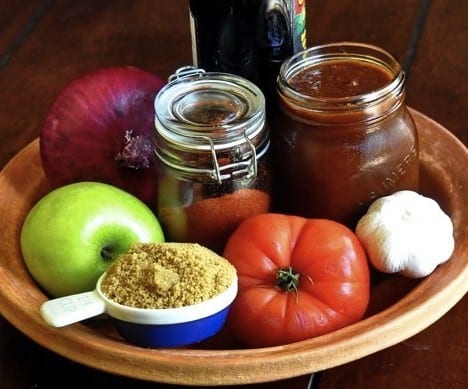 Accidental Indian Barbeque Chicken
An incredible flavor collision, which has quickly become a summertime favorite at my house.