The Woman in Black

Post-grad life is scary as hell, even for wizards

If you only know one thing about The Woman in Black, aside from the fact that it’s a Gothic thriller that somehow involves a woman in black, it’s that the film is Harry Potter star Daniel Radcliffe’s first major flick since he played the title role in the highest-grossing film series of all time. Lacking his spectacles and his wand, he’s as [metaphorically] revealed as he [literally] was on stage during Equus, and that means there’s a lot of pressure for The Woman in Black to be good.

If you happen to know one other thing, it’s probably that The Woman in Black isn’t just “some” ghost story. True, it’s got a lot of the generic elements: the rural, desolate English countryside, a creepy haunted house, dishevelled villagers, and the ghost of a woman in a mourning shawl, but the story wasn’t just slapped together. It started as a novel in the 80s that eventually spawned a made-for-TV movie, radio adaptations, and, most famously, a stage play that happens to be the second-longest show on London’s West End theatrical circuit. I’ve seen the show, and can attest to the fact that, 23 years later, it’s still selling out the Fortune Theatre, and still scaring the hell out of everyone.

So, there’s a bit more pressure.

The Woman in Black is a delightfully frightening tale from the turn of the century, when everything from architecture to children’s toys were way creepier than they are now. Radcliffe plays Arthur Kipps, a lawyer and widower in the throes of desperation. That’s what drives him to leave the city to settle the estate of Alice Drablow, a woman who lived in the decrepit Eel Marsh House, a secluded mansion on the fog-soaked fringes of a tiny community. Grim-faced children watch him with a sense of foreboding and townsfolk urge him to turn back, but he’s determined to finish the job. Even as he unearths the skeletons in Alice Drablow’s closet, sees the veiled spectre of a woman watch him before disappearing into the mist, and deals with an unnatural endemic of children dying, he’s determined to remain in the house – even when the lights go out and the tide washes over the causeway, his only link to the outside world.

The scares in the film are visceral and atmospheric – forget psychological complexity, this is a movie that wants to scare the bejesus out of you by setting up suspense early on and keeping you hooked. A shadow behind Radcliffe’s head turns into the eponymous woman and a reflection in the window transforms for a split second; pretty soon, you’re expecting every blackened corner and every mirror (and there are a lot of both) to give you a jolt. Some of them do, and some of them don’t, so unless you don’t find pasty Victorian widows standing in graveyards frightening, you can’t very well relax. Just like Hitchcock realized that the key to suspense is exploiting the unseen, so too did the producers of The Woman in Black pace the film to evenly distribute unease and establish slow reveals, launching into sporadic emotional crescendos that never bring you fully back to your seat.

That’s the blessing and the curse of The Woman in Black: it’s a thrilling experience, awkwardly chuckling after you just stifled a scream, but it’s got little re-watch value. The settings and locations are all enticing in their macabre way, and Radcliffe gives a believable post-Harry Potter performance, but the story that holds everything together is fairly mundane and the interactions between characters have about as much life as the woman in black’s ghost. Once you know all the hoops and loops of a rollercoaster, it’s not so fun anymore – the same can be said of The Woman in Black.

That, and the ending of the film, which is relatively short to begin with, feels long – it’s more dragged out and sluggish than the rest of it, and the final two minutes could have been hacked away for a more grisly, unsettling conclusion. It’s a stumble that veers away from the tone of the movie, but that doesn’t mean the whole thing is ruined because of it.

The Woman in Black film doesn’t leave the same lingering chills as the stage production, but it’s more authentic, intelligent, and memorable than most of the scare-a-minute films of recent years, like Paranormal Activity and Insidious. Whereas those movies go out of their way to force scares on the audience, The Woman in Black relies on a much more seamless method that isn’t overblown or overproduced – it’s a fun, straight up ghost story that looks and feels the part, and doesn’t try to overreach its bounds. It’s also one that will have you peeking slowly around corners, just in case.

Anatomy of a boom (Part 1)
Between 2005 and 2009 assessed incomes in Newfoundland and Labrador increased by 49%. The boom we are experiencing is without precedent in Canadian history, but… 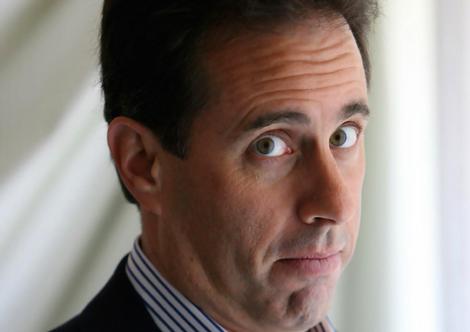 Jerry Seinfeld coming to Mile One Stadium?
Yep, it's true.