What a Time! A Forty Year Celebration by Ryan’s Fancy

For those of us who grew up stomping to The Navigators, cheering to Fine Crowd or moshing to At Ships End, it’s hard to imagine a time when Newfoundland bars were devoid of, well, Newfoundland music.

But for the members of Ryan’s Fancy — who began playing the island’s clubs 40 years ago — that’s precisely what they encountered. And, thankfully, for the stompers and moshers of today, it’s what they managed to change.

After going through a variety of incarnations, the three core members — Dermot O’Reilly, Denis Ryan and Fergus O’Byrne, Irishmen all — arrived on our shores in 1971. They were here to learn and here to play. And, somehow, the sight of three Irishmen, not afraid to scramble onstage in the city’s hip bars and play tunes from the outports, spurred a confidence in Newfoundland musical traditions that hasn’t slowed since.

Now, 40 years later, a double-CD collection: one of only two albums currently in print by the band, despite an array of LPs released over the years. It allows those who lived through that musical revolution to reminisce, and those who’ve never heard a song from the band that launched the Newfoundland music scene to discover it anew.

They were here to learn and here to play. And, somehow, the sight of three Irishmen, not afraid to scramble onstage in the city’s hip bars and play tunes from the outports, spurred a confidence in Newfoundland musical traditions that hasn’t slowed since.

The double-CD contains a range of classics, both Irish and Newfoundland. Many of these songs are well-known today, but 40 years ago Ryan’s Fancy travelled the bays and outports, collecting many of these songs and exposing city audiences to them for the first time. Star of Logy Bay, The Parting Glass, The Ryans and the Pittmans — we know all of these songs today, but they should all be heard through the powerful treatment of the band that first popularized them on a national scale.

The haunting treatment of The Dark Island, the power of the bodhran and flute on Johnny, I Hardly Knew Ye and the heart-swelling tones of Candelight and Wine all offer a journey through our musical heritage, with plenty of Irish and Maritimes tunes thrown in for good measure. With 42 tracks, this collection will have you snapping your fingers, weeping the scattered tear and foot-stomping your way down the hall to wake your roommates for an impromptu kitchen party.

More than a band

Ryan’s Fancy were not just a band — they were a cultural phenomenon. CBC invited them to host a television series, travelling around Newfoundland, performing in different locales and showcasing their adopted home to a national audience.

Although the group officially disbanded in 1983, two of the members remained firm fixtures of the local music scene (Denis moved to Nova Scotia for a career in business). Fergus became a teacher; Dermot opened a recording studio, but both continued to perform regularly (Fergus still does) until Dermot’s sad and untimely death in 2007.

The East Coast Music Association awarded them a lifetime achievement award in 2004, but even that sounds like an understatement next to their accomplishment of inspiring an entire music scene and giving it national exposure. Fans of today’s eclectic folk music won’t find electric guitars, drum kits, or heavy-metal-inspired vocals on these songs. This is music from the source: fiddles, banjos, bodhrans, tin whistles, guitars and mandolins.

But it’s not the instruments that’ll strike you: it’s the spirit and enthusiasm welling up from one of the most creative trios to perform here. The title of the double-CD sums it up, as it sums up their attitude toward the music they made famous: What A Time! 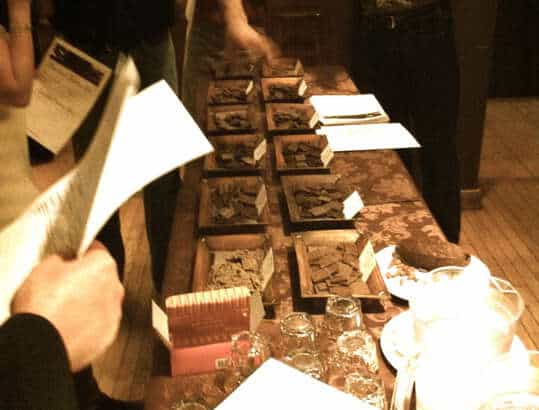