I’m beginning to think the patient is better off living in his fantasy. After I hear about New Year’s 2018 on the St. John’s waterfront, I want to join him.

Case study: Patient has recently moved from a depression over the loss of rural life to what appears to be an hallucinatory state in which rural Newfoundland and Labrador is flourishing.

Therapist’s note: I eagerly await the patient’s arrival. I know that today, he will report again on the great sadness that has gripped NL after the stunning publication of the “Obituary for Rural Newfoundland and Labrador.”

“St. John’s is crippled after the exodus of its entire baymen population. Heartbroken by this sudden announcement of death, everyone beyond the overpass has taken to their beds and turned their faces to the wall.

Chad Bungay, in what is later considered the inaugural speech of his future political career, addresses the people through a call to Open Line:

“Get up, get out of bed! Put a pot of Chinese tea on the back of the stove, get some paper and a pen and write a letter to every relative who has left NL—and to the children and the grandchildren of every person you know who has ever left the province and ask them to invest in the province. Don’t send e-mails; this is a serious matter!

Therapist’s note: now the patient is cookin’ with gas!!

To everyone’s surprise, within a month $433,562,976 is raised. (The cheques and letters of support reveal that there are over two million, two hundred and twelve thousand ‘Off-Rock Offspring’ (OROs) who donate an average of $196 each.)

Later in the week, Bungay goes to the big corporations who have taken massive profits out of Newfoundland and Labrador. In recognition of NL’s super-human fast food consumption, A&W, MacDonald’s, Mary Brown’s, Subway, and Wendy’s give $400 million and promise much more. (“It’s nothing compared to what we have taken from Newfoundland and Labrador. No one noshes like an NLer!” says Fritz Freiburger, international president of A&W.)

Bungay even goes to England and approaches the descendants of the West Country merchants. He does not accept pledges. He waits outside the doors until he has cheque in hand. In a month he has raised another $123 million for The Rise Again Bonds!

The big box stores invest $40 million. Wal Mart gives $15 million, a fraction of their quarterly earnings in the province.

Shaggy, Cirque Du Soleil, Hilary Duff, Charlie Pride, and hundreds of other performers agree to invest 5% of the many millions of dollars they have taken out of the province in the past twenty five years. (This $6.2 million is given directly to seed rural arts projects, now estimated to have generated nearly two hundred million for local economies, besides making the province attractive for the more than the 750,000 OROs who have moved to this now flourishing place in the last decade or so.) This added population earns us six more seats in the Canadian House of Commons! We’re catching up with Quebec!

The Federal Parliament (who are called into session from their beds) pledges to immediately transfer $200 million. The United Nations comes through with another few dozen million from their cultural heritage fund.

All this Bond money goes directly to Ministry of Rural and Indigenous Investment who, with Gaylene Buckle and Danny Williams at its helm, prepares the province for the sweeping changes of the next eleven years, which are usually referred to as the One Thousand, One Hundred and Eleven Points of Light.

Day 8 Out-patient Progress notes: The Assumption of the Righteous from St. John’s, or: The Mandate of Heaven Restored

Therapist’s note: the patient’s narrative is winding down. I’m beginning to think he is better off living in his fantasy. After I hear today’s story, I want to join him.

“The greatest challenge in our History is met. Rural Newfoundland and Labrador, by voting as a bloc, has utterly changed the whole province. We are taking our place as a global leader in the world’s fisheries, organic farming, wind powered electricity, environmental sustainability, and progressive social programs. The Scandinavians are studying us!

It comes from the grass roots. Rural people lead the charge, but the old guard from 2007—Danny, Lorraine, and liberal leader Gerry Reid—rise to the occasion and turn their talents to the cause.

A young girl in Lourdes on the west coast of the island claims that using a relic (an old Cable Atlantic golf jacket) belonged to Danny cures her of “the old hag.” Gerry Reid appears as a ‘fetch’ and accepts party donations in three separate coves at the same time. Lorraine Michael speaks in tongues.

But it was when 11:45 PM on December 31, 2017 when a true miracle occurred. All living members of the House of Assembly since Confederation gather at the bottom of Prescott Street on the waterfront in St. John’s. Premier Hazel Penashue-Hutton is ringing in the New Year and opening the new Sewage Treatment Plant.

Among the dignitaries are Canadian Prime Minister Alexandre Trudeau, American President Bernie Sanders, and Canadian ambassador to Luxembourg Stephen Harper—where he was found emerging nude from a forest in 2014, just as mysteriously as he had vanished. The ‘old three’ leaders from the Party-era (Danny Williams, Lorraine Michael, and Gerry Reid) are invited to turn a great steel wheel at midnight. It will shut off the grand old sewage pipeline that flows down Prescott Street and into the harbour. The treatment plant on the south side will finally begin to function, and The Bubble will be no more.

It is 20 seconds to midnight. Their hands are actually on the wheel; the three politicians begin to turn it slowly when suddenly the sky lights up. Everyone assumes it is a fireworks display. But then the clouds part and a beam of light shines down; Danny begins to rise above the ground. People are aghast. They first conclude it is a conjuring trick, but then he rises higher and his whole body begins to glows with an unbearably bright crystalline light.

The crowd intuitively understands that he is being assumed into heaven. A hush falls over the gathering. Unbelievably, Gerry Reid begins to rise above the pavement. The crowd has hardly let out its second gasp when Lorraine Michael too starts heavenward. One by one, all the rest of the assembled members begin to rise into the air. The entire Eggroll Parliament alights as an immaculate choir. All the rest of them rise and disappear.

Finally, fifteen minutes into 2018, every politician in Newfoundland and Labrador has been assumed unto the Lord. Their work is done, and we have been delivered of them.

St. John’s harbour gives one great final burp. As the last bubble bursts with a magnificent belch, Stephen Harper is seen leaping into the air trying to catch the beatific updraft. But to no avail. He is taken away in tears.

It was really miraculous that a chance encounter in a Chinese restaurant by a group of rural MHAs could revolutionize the province.

But perhaps the greatest miracle of all is that there has been no government of any sort for the last eighteen months. A lively dignified anarchy keeps the place humming.

Therapist’s note: Our sessions come to an end and I wish him well. As he leaves, the patient pulls out a partial list of what he thought might be some of the one thousand one hundred and eleven things that Rural Newfoundland and Labrador did to revive itself.

He says he is having trouble remembering them, so once again I request anyone who is living in this hallucinatory, alternate reality in which Rural NL (and thus the world) is flourishing, to please send in more of the things that Rural Newfoundland and Labrador did to revive itself.

Go back to Part 1 here. To read some selections from the 1,111 Points of Light drafted to secure Newfoundland and Labrador’s future, click here.

The Patient’s Progress, Part 3
It is October 2007. An emergency all-party government unleashes a political revolution in NL. But a sudden General Strike threatens to derail the province. 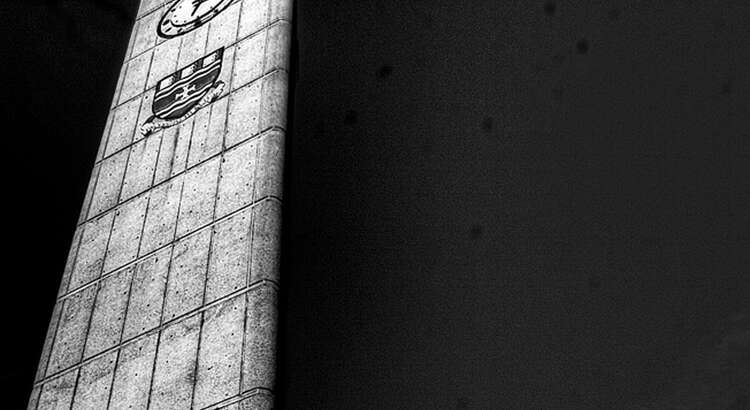 Put Education on the Ballot
We need institutions where critical inquiry can be freely pursued by scholars and cultivated among students. The future of NL depends on it.