Contractors, frenemies, and being prepared

Things to consider on your way to the polls

I have a favour to ask: please indulge me one more kick at the voting can.

I know, I’m at that “ugh, I ate too much ice-cream” phase in the election too. I only get halfway through election stories and my rhetoric meter is flashing “Danger! Maximum density reached! Shutdown imminent!”

But please, just one more spoonful?

I’m approaching voting day with the wise words of K’Naan in my head, “I Come Prepared”. Part of that prep is to fully understand, on a gut level, what contempt of parliament is. This helps.

Parliamentary privilege in your kitchen

So, I look at it like this. The parliamentary privilege our politicians enjoy is like the leeway you give your good friends in your home. Good friends will help themselves in your kitchen. They’ll notice your dog’s water bowl is empty and fill it. They know about that closet where you stuff all your crap to “organize later.” They’ll tell you your new paint looks like cotton candy’s evil twin.

But what if they breach that comfortable trust? What if they tell everyone about how things in your fridge need to be carbon dated? What if all their decorating advice was a lie just to see if you’d really do a Star Wars theme in the living room? What if your friends stole something you really loved? That’s contempt of this privilege.

Contempt of parliament – a renovation story

Here’s how I interpret contempt of parliament.

I hire a contractor to renovate my bathroom. He gives me a quote for materials and labour. We sign the quote. He goes way over budget, but refuses to give me a breakdown of costs. He then changes the wording of the quote and lies to me about doing it even though I can see the words he scribbled in.

I take him to court and even though he’s found guilty of violating our agreement, he refuses to admit wrongdoing or apologize. Why would I ever hire this guy again? Why would anyone? Why is he still working when the chances are he’ll do it again?

A choice of evils

What about those crummy friends? Even if you do forgive them, will you ever trust them? You may act like everything’s fine, but you’ve secretly crossed them off the A list.

Of course, we could choose to keep these friends/contractor. Perhaps we’d use the tragically optimistic, “I’m sure this is a one-time thing.” Other people would wonder, “why do you put up with this crap?” We might trot out the “devil you know” adage.

Why not take the Mae West approach? “Between two evils, I always pick the one I never tried before.” New, fresh evil is bound to be more interesting than the same old evil we’ve become mind-numbingly used to. Maybe the other evil will be the “light” version. Maybe it won’t be evil at all.

You could say you’re sorry

For me, coming prepared means thinking seriously about what this government has done. Contempt of Parliament used to be punishable by jail time. Technically, it still could be. Yet our government, found guilty of two instances of contempt, is carrying on as if nothing happened. Even Richard Nixon apologized.

Nixon resigned rather than face impeachment. When facing our version of impeachment, a vote of no confidence, our government blamed the opposition for calling an unnecessary election. At no point did this government try to reassure the voters or make amends for these actions.

The people I respect and admire aren’t the ones who never make mistakes, they’re the ones who mess up and then own up. Owning up takes courage. Can I tick “owning up” off my list of our government’s accomplishments? Hmmm, better move on to the next line.

While thinking about my options, I consider my contractor analogy. What would I do when it’s time to renovate the kitchen? Do I stick with the same guy and spend my time wondering if the stove will burst into flames or the sink will leak? Do I risk being burned again, or move on to someone else who may be a lot better?

It keeps me up at night. So does voter apathy. I think stuff like this contributes to an aversion to politics. I’d love to know what else does. If you choose not to vote, I’d really like to know why. Please drop me a line or two in the comments section.

And the award goes to

So far, no politician has done the noble, wonderful deed that I was dreaming about. But some surprise entries paraded through and stole the show.

The Make Me Weep with Canadian Pride awards goes to… the Vote Mobs! You really do make me well up with happiness. I love you all and your enthusiasm and engagement and joy. You’re the best thing I’ve seen in any election ever. When I’m having a bad day, I watch a Vote Mob video. Look for your awesome selves in my upcoming Heroes column.

To the voting public, I humbly ask that you watch a Vote Mob video, “come prepared” and exercise your right. 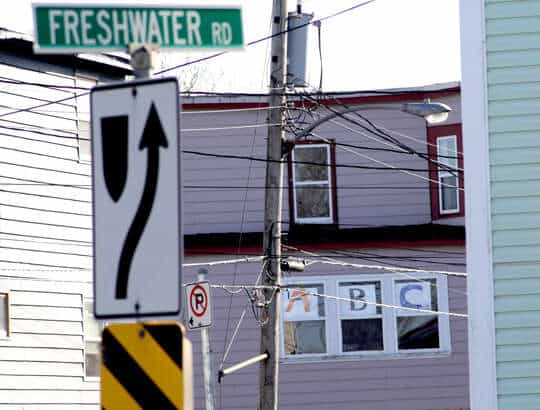 PHOTO: ABC’s not forgotten
Some are making a tradition of last election's ABC campaign 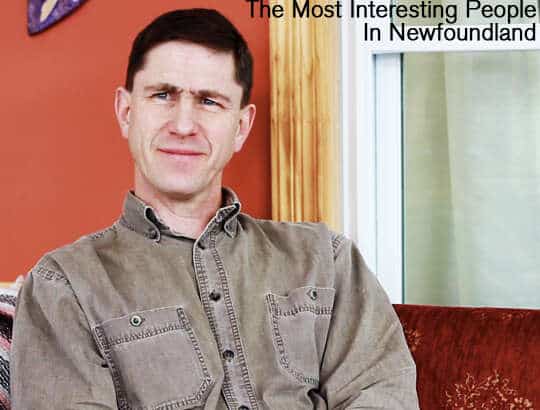 VIDEO: The most interesting people in Newfoundland | Kevin Blackmore
This week we skip the other fellas and speak with Mr. Wasisname alone