We could be heroes

… not just for one day, though

With the events of the past week or so, I’m not surprised we haven’t found life on Mars. If I was a life form on Mars and I saw humans coming, I’d close the drapes, turn off the lights and pretend I wasn’t home. I’d keep peeking out the window until I was certain the humans had lost interest and left.

I’m starting to think of us as the worst invasive species; taking over and wrecking any environment we find ourselves in. These are not the kind of thoughts that encourage a soaring spirit. But I am a survivalist, glass-half-full kind of person. So I searched for things that do make a spirit soar. There are lots of them.

I’ve given up on the idea of super heroes. They’re wonderful and all, but I’m impressed by regular everyday heroes who make regular everyday life more sublime. They’re not wearing tights or lifting buses. They’re doing the things that remind me humanity can be amazing.

The Vancouver riots showed a  low for humanity, but they also revealed some pretty courageous, good, valiant people. How about the people who tried to stop the mob? I love the woman who stood in front of a car shouting at the rioters.

There was another heroine trying to pull people away from a car about to be flipped. These women faced a mob by themselves. Anything could have happened to them. They valiantly did what was right.

The clean and the brave

The people who came out in droves the next day to help clean up after the riots make me proud. Cleaning up other people’s crap may not feel very glamorous or heroic, but it sure is in my mind. Push brooms and garbage bags may be the new X-ray vision and invisible jets for this group of awesome people.

My last heroic nominee from the Vancouver chaos is Captain Vancouver. Using new technology for the old fashioned practice of public shaming is brilliant. Lots of people/heroes are contributing their images to help Vancouver police convict looters.

As far as I can tell, the heroes greatly outnumber the villains in Vancouver.

Everyday heroes are not restricted to the west coast, though. We have lots of them right here; I immediately I think of our professional and volunteer firefighters. While they are always viewed as heroic, when you really think about what they do, it ups the ante.

I’ve done a modest amount of fire fighting training and it gave me a new appreciation for what these people face. Think of a bonfire that suddenly flares up. My first reaction is to jump away from it. Firefighters train themselves to overcome that instinct.

Imagine running into a burning house wearing extremely heavy gear and you’re hot. You don’t know your way around the house and you can’t see anything for the smoke. Your senses are limited and you have to perform quickly and think even more quickly. It’s hard and scary and beyond admirable.

Beyond rescuing people, most firefighters also give their time to community events. While this is safer and a lot more fun, being a part of community events is heroic too.

My next local hero is just doing his job, but it’s a job I don’t think many could handle. I know I couldn’t. He’s also the only investigator in his department, the RNC’s Child Exploitation Unit. Every day Constable Ed Billard fights the most despicable villains; child pornographers, their loathsome associates, and anyone who tries to lure children over the Internet.

I don’t know what I could possibly say about the person who does this job except I’m extremely grateful he’s out there defending our most vulnerable and thank you.

One hero who really made me smile was the flag man on Thorburn Rd. who danced while he directed everyone through the site. I loved that guy! He was effective too. Everyone paid attention to him and everyone really slowed down. Plus, they all had a good chuckle.

How could I ever forget the vote mobs who were so fantastic in our last election? They restored hope and excitement about the electoral process. They charged everyone up.

A number of years ago in Corner Brook, while learning to drive a standard shift I stalled out for an excruciatingly long time at an intersection on a hill. People were honking and cursing at me. I was about to put on the flashers and walk home when a hero came up to my window and coached me along. He told me to ignore the other people and “giv’er” when the light changed. It worked and I was so grateful.

We have a local hero to kittens in a woman I know through work. During her evening walk, Ashley heard something from a nearby dumpster. Her keen observation led her to save some kittens that had been left in a bag in the garbage.

I should also mention my husband, Jon Seary, who regularly does the kind of heroic things that save the day for people. My favourite is the time he noticed a cashier was not having a good morning so he zipped out and bought her a coffee. He changed the course of her day and made me very proud.

More where that came from, please

These are just the heroic acts off the top of my head. There are loads more where they came from. I bet you’ve got some of your own. If you’d like to share one, please do. I’d love to hear about all the other heroes out there.

I’d like to think heroism is contagious and the more we see it and hear about it, the more likely we are to do something similar. Mob mentality doesn’t have to be bad.

Muskrat Falls – Public Perceptions
'I can just imagine what the general public (those less inclined to dig for answers) are going through'. 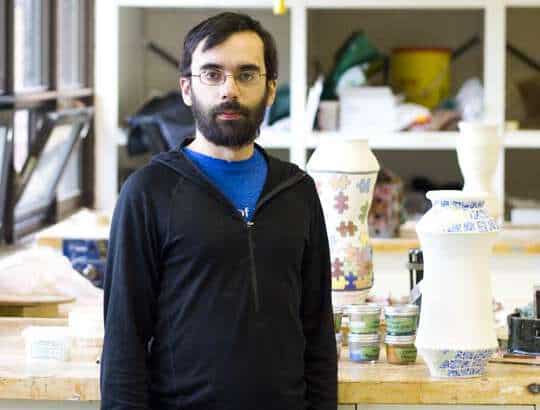