Conversion to a plant-based diet is the key to better health — for people and the planet.

“Let food be thy medicine, and medicine thy food.”
—Hippocrates

Hippocrates is widely revered as the father and founder of medicine as a rational science. His precise date of birth is unknown, but is estimated to have been around 460 BC on the Greek island of Kos in the Aegean Sea.

He is credited with freeing the archaic form of “medical care” at the time from superstition and magic, and identifying disease as the body’s reaction to external infections or internal defects. He defined the primary role of a physician as one who bolsters the body’s natural resistance to harm – what we now call the immune system.

Hippocrates was a great believer in the importance of a proper diet to the maintenance of good health. He saw that, when people ate mainly a fresh, plant-based diet they suffered far less from diseases. This was the diet he followed himself, and it’s not surprising that he lived and thrived well into his 80s.

Another of his maxims was directed to his medical colleagues, and by inference to future practitioners of medicine: “Help the sick, or at least do no harm.”

Today’s doctors take that ancient but enduring pledge when they embrace the Oath of Hippocrates, and do so with every intention of keeping it. They can’t be faulted for their strong commitment to their patients’ well-being; however, most doctors today are preoccupied with treating or trying to cure their patients after they become sick, instead of putting the highest priority on keeping them well.

Of course they do stress the dangers of smoking and overeating, and the need for annual checkups to test for warning signs of bodily malaise. Blood and urine samples are taken, blood pressure is checked, the lungs are monitored, and other body parts are inspected. These are all admittedly concerned with detection and prevention, and are to be appreciated.

What is missing for most doctors, however, is a perception of the vital role that diet plays in either maintaining or impairing health. The crucial connection between nutrition and wellness is generally not substantially covered in a medical student’s education. Today’s medical schools don’t give diet the same preponderance that Hippocrates did — if they even bother to include it in their curriculum at all.

As a consequence, it is left to a few courageous physicians, researchers, and food activists to try to re-establish the centrality of food as the best medicine, and the plant-based diet as the best food. Theirs is a formidable undertaking. Their adversaries include the powerful meat and dairy industries, the pharmaceutical companies, the big grocery chains, and the prevailing medical establishment.

The meat- and dairy-based diet is deeply entrenched, and most of the millions who are sickened by it are unaware that what they are eating has anything to do with their poor health. Why should they be? If their schools, their grocers, their governments, and even their doctors assure them that meat, fish, eggs, milk and cheese is not only good for them, but actually essential to their health, why should they ever think otherwise?

Given this dietary reassurance by the “experts,” they fail to connect their subsequent heart attacks, strokes, diabetes, cancers, or other serious diseases to the food they eat. Of course not all such ills are attributable to improper diets, but the proponents of plant-based nutrition have well-documented studies which point in that direction.

They don’t confine their research to the impact of meat and dairy consumption on people’s health. They connect this detrimental diet to pollution, to deforestation, to the slaughter of billions of animals, and even to global warming.

I’m the first to admit that I personally am not the most credible advocate of a plant-based diet, since I’ve managed to live quite well for 91 years while consuming meat and dairy products. But I think I’m very much an exception, and that my longevity is probably due more to luck and lifestyle, and maybe good genes, than to how I’ve fed myself.

In any case, a number of recent documentaries on dietary issues—namely Forks Over Knives, What the Health, Food Choices, and Cowspiracy, all available on Netflix—offer compelling and well-researched reasons for converting to a primarily vegan diet.

They were certainly persuasive enough for me to belatedly become a vegan.

Author and food and animal rights activist Gene Baur recently asked in an op-ed for AlterNet.org: “If there was one simple decision you could make to help reverse climate change, while also improving your well-being, would you do it?”

He went on to point out that we “grow up with habits that cause immense harm to ourselves and others without realizing it,” and that wee are “unwitting accomplices in our own demise as we suffer from preventable and fatal illnesses, and undermine our future on Earth.

“But it doesn’t have to be this way, and we can each be part of the solution,” he continued.

“Humans have the capacity to behave rationally, but we are also adept at rationalizing irrational behaviour – or looking the other way, which is often our inclination when we fear change.

“But ask yourself: Does it really make sense to keep eating food that makes us sick? To support a food system that is devastating the planet? Does it make sense to slaughter other animals when we can derive all our nutritional needs from the plant kingdom?

“The good news is that we can empower ourselves to live healthier lives on a healthier planet by choosing to eat plants instead of animals.”

In Newfoundland, vegans and those interested in learning more about plant-based diets will gather in the capitol city on Aug. 19 for the Second Annual St. John’s VegFest, a local manifestation of a growing North American movement and “a day to celebrate delicious food and discover the countless benefits of a wholesome plant-based lifestyle.”

Recent news reports indicate Health Canada will reflect the growing body of science around the health consequences of meat and dairy when it publishes an updated Canada Food Guide early next year.

What seemed a radical idea only a few years ago — that a healthier way of living might include a plant-based diet — is rapidly becoming a lived reality for many.

Ed Finn was editor at the CCPA Monitor for 20 years. Formerly, he was editor of the Western Star in Corner Brook, a reporter at The Montreal Gazette, and for 14 years wrote a column on labour relations for The Toronto Star. He also served for three decades as a communications officer for several labour organizations, including the Canadian Labour Congress and the Canadian Union of Public Employees. 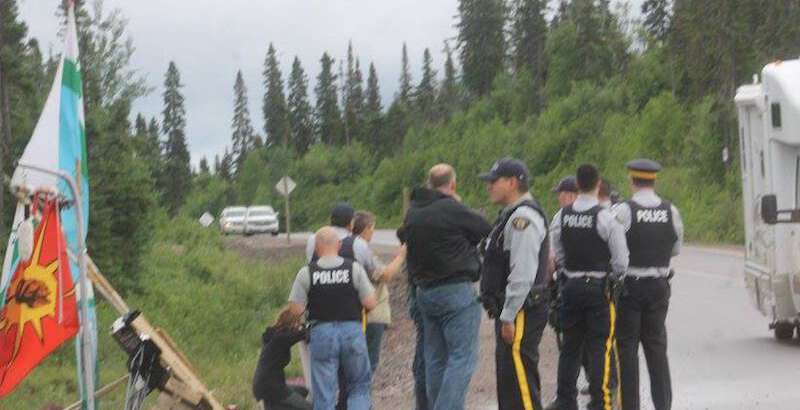 The song that never ends: About men and women in tech
The recent "Google memo" reminds us that we need to start thinking about gender in STEM differently.