The recent surge of “youth vote mobs” – inspired by Rick Mercer’s impassioned call for increased youth voter turnout – have helped bring back some of the passion and enthusiasm that’s been all too missing from Canadian elections in recent years. The recent vote mob at the St. John’s campus of Memorial University is one of the best examples of the rage that’s sweeping the country.

But the colourful, musical and generally cheerful vote mobs belie a much darker history behind the reasons youth have for political organizing.

One of the early documented cases of organized youth activism occurred in 1899, when newsboys in New York City went on strike over a matter of ten cents. The largely homeless teens who stood on streetcorners selling papers for major chains were led by a one-eyed newsboy in his early teens named Kid Blink. Over 5000 newsboys almost brought the city to its knees for two weeks. The newspaper chains sent gangs of strikebreakers to beat up the young strikers, but the child organizers held their own, inspired by Kid Blink’s speeches, as reported in the New York Tribune:

“Friens and feller workers. Dis is a time which tries de hearts of men. Dis is de time when we’se got to stick together like glue…. We know wot we wants and we’ll git it even if we is blind.”

In 1903, the fiery US labour organizer known as Mother Jones led hundreds of young children on a march from Philadelphia to New York. Due to the lack of protective labour laws, the children were employed in textile mills working 60-hour weeks. Many of them were missing fingers, limbs, and suffered other disabilities due to industrial accidents. When the mill workers went on strike for better working conditions, the children marched on a ‘children’s crusade’ to the home of the US President, to raise awareness of their situation. Many of the biggest newspapers at the time, whose owners also held stock in the striking mills, refused to cover the children’s march.

Conditions weren’t much better in Canada. A Royal Commission investigating child labour in 1889 interviewed a 14-year old working in a cigar factory, and was told the following:

While most Canadian factories no longer bury 11-year olds in deep dark holes dug in the cellar as punishment for working too slowly, youth workers remain among the most exploited groups of workers in the country. The Canadian Labour Congress (CLC) noted in a recent submission to the government that Canada is one of only 29 countries in the world that hasn’t ratified international ILO conventions for child labour (putting us in the company of Afghanistan, Iran, North Korea and Burma). In fact, some provinces have seriously reduced child labour protections in recent years (allowing children once again to work as young as 12 years of age), while youth injury rates at work are steadily rising.

Looking for a future…

Leaving aside the 12-year-olds, those in the 15-24 range face some of the highest unemployment rates in the country: at least double the national average. CUPE reports that one in every three unemployed is a youth, with even higher rates among aboriginal youth and young people of colour. Their website observes that “Take-home pay for young workers has fallen to less than 80 per cent of what it was 20 years ago, even though education levels (and corresponding student debts) have risen.” It’s no surprise that a 2003 CLC survey of non-union workers indicated that 52 per cent of young workers wanted to join a union if they could be sure their employer wouldn’t retaliate against them. Also little wonder that employers and governments don’t like the idea of those young workers getting active.

They had good reason to. A 2006 Statscan report indicated that over 60 per cent of minimum wage workers in Canada were under the age of 25.

Youth voting mobs might be bright and colourful and full of smiles, but they mask the far more grim alternative of what might happen if young voters don’t assert their rights and get active. Conservative cabinet minister John Baird was recently quoted, when asked what he thought of young voter ‘flash mobs’, as saying “I don’t like the context of either word.”

And last week, Conservatives tried to nullify hundreds of student ballots at University of Guelph – a rare on-campus ballot which student activists are trying to get more of. They might want to rethink their opposition. In Canada, flash mobs tend to dance and sing and fly bright banners in the sky. But in 2006, hundreds of thousands of rioting French students torched the streets of Paris in opposition to government efforts to remove an array of labour rights from workers under 26 years of age.

Now that’s a youth flash mob the Conservatives would probably like even less.

The winning links: Arts and Letters 2011 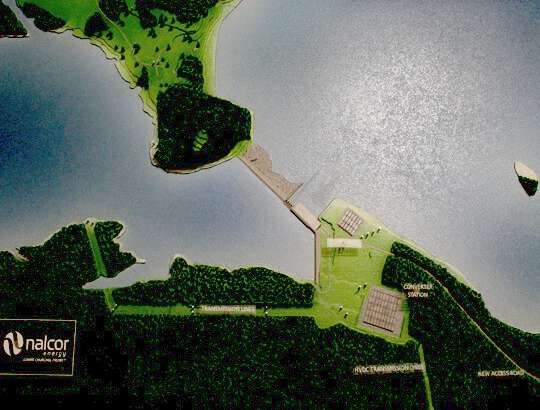