Looking for signs of green in a grey, grey world

In a special extended blog, an exploration of green on this St. Paddy’s Day

What happens when your birthday falls on St. Patrick’s Day and you’re a writer for TheIndependent.ca?

You get assigned the St. Paddy’s Day blog.

It’s possibly the toughest assignment I’ve had. In Toronto (where I am occasionally forced to reside) there’s not a whole lotta green going on. My first birthday here, I slogged through a long day at work, without a single hi-five, ugly green sweater, or flask of rum round the lunch-time water cooler. I met friends for a beer that evening…at a Mexican bar. They served green burritos. In green guacamole. With green margaritas.

“Guinness?” I whispered, hopefully. The waiter sadly shook his head, and gave me a sympathy shot of tequila.

A few too many sympathy shots later, I stood waiting for my subway home. The subway car screeched to a halt, and the doors opened. I stepped inside and was immediately handed a plastic cup of beer.

A dozen very drunk Quebeckers were sitting astride crates of four or five dozen beer, pouring plastic cups of beer and handing them around to each passenger, while singing a boisterous song in French. The locals seemed a bit freaked, but I couldn’t help but smile.

Forget green burritos and shamrock sweaters. This is what St. Paddy’s Day is all about. Tossing the rules out the window with a song and a shot. Sending a shout-out to the world that it may be an ugly grey place with too many rules and boring, dour people and economies that never really seem to work and governments that don’t really work either (and when they do we wish they wouldn’t), but you know what? Have a beer and let’s sing a song buddy, ’cause if we can’t inject a shot of green into an otherwise grey world, well what’s the good of us anyhow?

So far as attitudes go, green’s got a lot to offer. Ever wonder why the German soccer team’s ‘away colours’ are green? It’s because after World War II, when most countries still had official bans in place against playing with their former enemies, Ireland was the first non-German speaking country to reach out, challenge them to a match, and bring Germany back into the fold of international sports. The Germans were so appreciative of the gesture of reconciliation they adopted green for their away colours.

Paddy’s Day is celebrated by many ways in many places (in Chicago, it’s by dumping a hundred pounds of green dye into the river).

But while many places celebrate the day, it’s only an official holiday in Ireland, Newfoundland and Labrador, and…the tiny Caribbean island of Montserrat? Yup, that’s right. Montserrat was settled by Irish farmers fleeing anti-Catholic violence elsewhere in the Caribbean, but in 1768 the African slaves revolted on St. Patrick’s Day (figuring the Irish slaveowners would be drunk and incapacitated).

The revolt failed, but even after slavery was abolished and the Irish left, the African slave descendents kept Paddy’s Day as a national holiday, both to honour the slave revolt as well as their Irish heritage (the celebrations include eating salt cod, dancing Irish jigs to Afrobeat drums, and chasing around people dressed in Catholic bishop hats).

So the Emerald Isle doesn’t have a monopoly on the wearing of green. Not by a long shot. Green is the sacred colour of Islam (wicked choice, b’ys!), and let’s not even get *started* with the environmentalists. Why, David Suzuki and the b’ys win St. Paddy’s Purple Heart of Green a dozen times over for spreading the gospel o’ green.

And while you might think the ‘green berets’ are an elite Irish stepdance group, it’s more commonly used to refer to US Special Forces. But even that was contentious, because the design of their famous berets was actually based on the Canadian military’s beret. The army command originally banned its use, claiming it made their soldiers look too…Canadian. It took John F. Kennedy — good Irish Catholic that he was — to finally overrule them and officially allow the wearing of green berets.

And that’s what it comes down to, really. Realizing that sometimes in today’s grey world, the only way to fight back against all the worries and troubles and rules and meanies is to kick up your heels, have a shot of the pure and start dancing.

And that’s what the wearing of the green is all about. 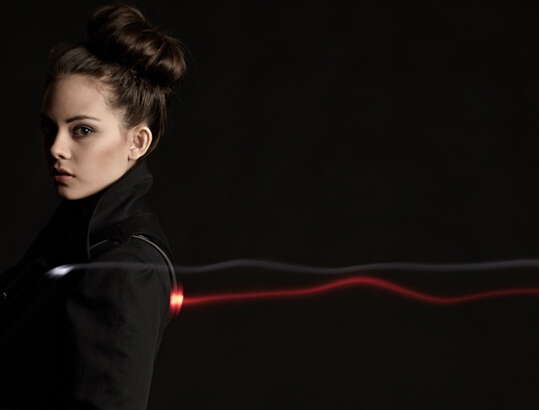 Lights, safety, fashion
Designer Angella Mackey, who hails from St. John's, tells us from Sweden about her new product: a coat with built-in LED lights

Party it up with Party Down
'The show's tone captures the disillusioned, skeptical nature of many Gen X-ers'