‘I can just imagine what the general public (those less inclined to dig for answers) are going through’.

The Muskrat Falls development has its share of supporters and detractors across Newfoundland and Labrador. At the moment the majority appears to fall into the first category but that could quickly change if the players involved aren’t more forthcoming soon.

I personally believe the project is a good one but that doesn’t mean I don’t have nagging doubts, thanks in large part to the limited amount of information publicly available. My knowledge deficet isn’t because of a lack interest either, not by a long shot. Since the initial announcement late last year I’ve been looking into this as much as humanly possible, but answers are hard to find. I can just imagine what the general public (those less inclined to dig for answers) are going through.

It could be, as the naysayers suggest, that the provincial government and NALCOR are hiding something. On the other hand it could simply be a case of extremely poor public relations on their part. Either way, the people of the province, who also happen to own the resources in question, remain at the mercy of political spin and partisan posturing and that’s never a good thing.

I sincerely hope poor communication is the cause of the current state of affairs, because that’s something that can be easily resolved. The longer things go without clearer answers being put forward the perception will grow that everything is not as rosy as some might say.

Government has said information is already out there and in fairness some is. Projections have been released showing that without Muskrat Fall our power rates will increase faster than with it. Last week it was also announced that the PUB would study the project to determine if it’s truly the lowest cost solution, but how reliable will that review be?

There are documents available on the NALCOR web site showing a large increase in power demand in upcoming years. This, according to NALCOR, means either Muskrat Falls must move ahead or the refurbishment to Holyrood, in addition to development of smaller generation projects, will have to be undertaken. That’s all well and good, but where are the details behind the pretty charts?

Why is demand expected to rise by such a large amount in the next decade and beyond? NALCOR’s historical charts show demand has remained relatively stable for the past 30 years yet the projections show a sudden skyrocket in demand around 2015 and a continued upward trajectory for years afterward. Why is demand expected rise so dramatically? Beyond the Long Harbour project what could account for it? What is the basis of the projections and will the PUB’s terms of reference extend to validating them?

Questions about future demand were posed in a recent correspondence to Newfoundland & Labrador Hydro. Answers have yet to cross my desk but I’ve been informed by a contact person at the corporation that they will be getting back to me this week. It goes without saying I’ll keep readers posted on any new information put forward.

With the checkered past this province has had on major projects like Come By Chance, Sprung Greenhouse and of course the Upper Churchill, it’s not surprising the public wants to be fully assured of complete success this time out of the gate.

There’s no doubt our past is coloring our outlook but Newfoundlanders and Labradorians aren’t the only ones with questions. Concerns over the limited amount of public information are also being expressed in Nova Scotia.

On June 8th a panel discussion on the Lower Churchill project was held in Halifax. That panel, organized by the “National Roundtable on the Environment and Economy” included executives from Emera and NALCOR, Nova Scotia’s deputy minister of energy and academics from Dalhousie University. The public and media were not permitted to attend the closed door session or listen in on the discussion.

Brennan Vogel of the Halifax-based Ecology Action Centre was a participant on the panel and later said, “It’s really hard to accept at face value that this is the best option on the table. We need to see more clarity provided by government.”

Vogel said he believes the Nova Scotia government and Emera are set on the Lower Churchill option even though it will not be the lowest cost solution for rate payers in his province. The motive, he believes, is because it will be a more profitable solution for Emera itself.

“We know Nova Scotia has a monopoly electrical utility so, in the absence of competition to result in fairer prices for Nova Scotia ratepayers, we’re perhaps being left in the dark…as to what the best options on the table are for providing stable, secure, renewable electricity,” Vogel said.

When you take the concerns of some people in Newfoundland and Labrador in conjunction with those comments out of Nova Scotia it’s fair to say that public relations on this project are sorely lacking.

Back here in Newfoundland and Labrador, the lack of solid numbers in the public domain leaves a great deal of room for speculation and our collective past ensures that much of that speculation will be for the worse.

It’s a sure bet that most Newfoundlanders and Labradorians would love nothing more than to see the Lower Churchill become a wildly successful project. It’s also a good bet that a large majority are happy the project will not be dependent on Quebec, but the removal of Quebec from the equation is not enough to sell it to the people. An alternate route has been a dream of a lot of people for a very long time but it’s doubtful anyone would be satisfied with doing so if it means the entire project becomes a boondoggle.

As time goes by less and less people are willing to simply accept the official line that it’s the best option without clear evidence to back that statement up. For NALCOR and the provincial government to expect otherwise would require them to live in a fantasy world. If that is indeed the case let’s hope their fantasy doesn’t extend to the project itself. 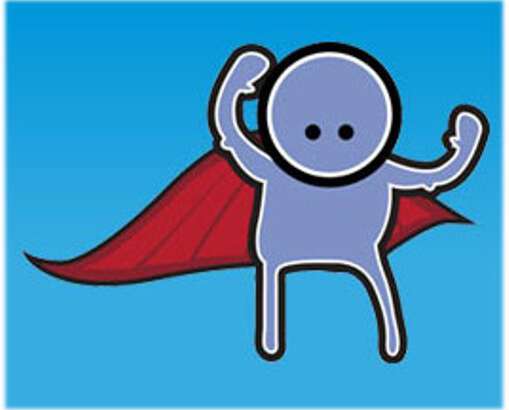 We could be heroes
... not just for one day, though