The province could no longer trust the federal government

In 2010 the government of Newfoundland & Labrador, under then premier Danny Williams, made a decision that might one day prove to be a turning point for the Atlantic fishery. It decided that the province could no longer trust the federal government, or the Department of Fisheries and Oceans (DFO), as the sole source of fisheries science data.

Thanks to an initial $14 million allocation by the province’s taxpayers, research began this year into the state of North Atlantic fish stocks.

The Centre for Fisheries Ecosystems Research (CFER) was created by the provincial government in partnership with Memorial University and the Marine Institute.  Their mandate is to study fish stocks and the environmental conditions that affect them.

Under the direction of noted marine biologist, Dr George Rose, the Centre will provide research data on groundfish, finfish, pelagics and shellfish through the use of acoustic surveys and satellite tracking.

As the first steps in this effort, the CFER has chartered an Irish research vessel, the RV Celtic Explorer, as the platform for this season’s research. The team hopes future funding will make it possible to purchase a dedicated vessel going forward.

Fisheries science is of critical importance to the province. The wide spread moratorium that followed the collapse of groundfish stocks in the early nineties left the province’s economy in tatters. Little recovery has been seen in those stocks and while the provincial economy has grown, largely through non-renewable resource revenues, many small towns directly affected by the closure continue to struggle for survival.

Ottawa and DFO are often singled out for their mismanagement of the industry and for the quality of their scientific information before and since the moratorium came into effect.

The initial closure of the fishery in 1992 led to the loss of employment and way of life for 10’s of thousands of people. This resulted in the biggest out-migration from any province in Canadian history with some estimates placing the mass exodus at more than 65,000, or about 15% of the population.

To provide some perspective on the scale of the personal and economic disaster involved consider a comparison to the province of Ontario.

Ontario has a population of 12 – 13 million people. Now imagine if you can that every single person, without exception, in the cities of Mississauga, Brampton, Hamilton and Windsor suddenly lost their jobs without warning. Every business there is shut down and every family has left those cities completely. Now imagine that those 1.8 million people don’t just move somewhere else in Ontario and continue to work, go to school or pay taxes, but instead leave the province completely.

The scale of the disaster is difficult to comprehend by most of the Canadian public.

When the moratorium was first announced by Federal Fisheries Minister, John Crosby, those who lost the livelihood their families had practiced for generations were told it was a temporary measure that would last only a few years. In the intervening 19 years since that announcement stocks have failed to recover in any significant way and DFO has provided few answers to when, if ever, the situation might improve.

While fisheries management is a federal responsibility, years of sustained budget cuts at DFO and few answers finally led to the province take action if even in this small way.

The creation of the CFER isn’t the first time Newfoundland & Labrador has been forced to unilaterally take responsibility by shouldering the costs associated with poorly managed federal programs.

A number of years back the province hired its own inland fisheries officers to ensure the protection of salmon stocks. The limited number of federal officers provided for the province had led high levels of poaching forcing the province to hire its own officers and fund local programs to protect the stocks.

Just this year Ottawa, as part of its current cost cutting measures, announced the upcoming closure of the Maritime Rescue Coordination Centre in St. John’s. That announcement led to massive protests in the province, where a high incidence of marine emergencies each year has the public worried the closure will lead to slower response times for search and rescue missions.

During a conversation with the Prime Minister recently Premier, Kathy Dunderdale, put forth the public’s concerns and offered to cost share the $1.2 million dollar budget for the Centre. Her offer was flatly refused by Prime Minister Harper.

While the future of the Rescue Coordination Centre remains up in the air (scheduled closure date is the spring 2012) the province’s inland fisheries management officers have had great success in reducing poaching activities through direct enforcement and public awareness campaigns. And now, in addition to its ongoing research efforts, the new CFER team is in the process of setting up an advisory committee to assist in prioritizing research activities for the province going forward.

While Ottawa continues to misallocate fishing quotas and turns a blind eye toward illegal fishing practices by foreign vessels it’s hoped that data gathered by the team will at least help the province in understanding the environmental impacts affecting stocks.  It’s a small step but a step none the less.

The fact that such a vibrant and sustainable fishery, the backbone of the province’s economy for 500 years, could be decimated after only 50 years of federal mismanagement is disheartening.  Perhaps just as discouraging are Ottawa’s ongoing spending cuts in the area of fisheries science, enforcement ensuring the safety of those who work on the Atlantic.

None of that appears to have dampened the determination of Newfoundlanders and Labradorians however when it comes to protecting their province.

The responsibility for managing and maintaining a number of services throughout Canada still rests with Ottawa, at least on paper, but in the case of Newfoundland & Labrador that hasn’t stopped the provincial government from taking action or provincial taxpayers from footing the bill for those federal programs.

It would seem that Ottawa’s abdication of responsibilities has left few other options for Newfoundland & Labrador if it is to have any hope at all of undoing the damage inflicted under the watchful eye of federal agencies and decision makers. 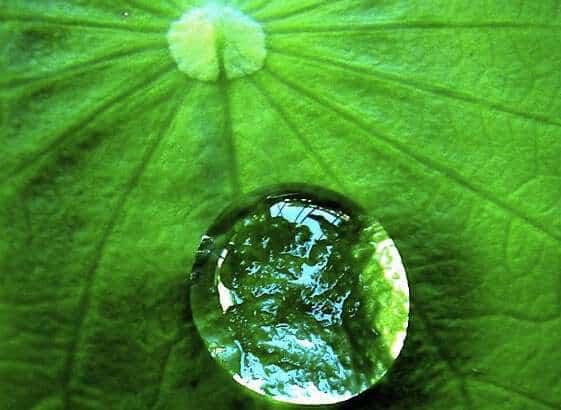