Notes from the Municipal Symposium

Local Government in Newfoundland and Labrador is a hard racket. As an elected councillor you have a raft of regulations to understand and obey, vital services to deliver, very limited resources with which to operate, and residents who generally don’t understand how local government works, or why they should have to pay any taxes or fees. And, you volunteer to do all that.

If you happen to be a staff person of a municipality at least you get paid, well, usually. But, you also have the added burden of dealing with municipal politicians who couldn’t agree on pizza toppings, let alone tax rates. The goal of operating a sustainable and efficient municipality in Newfoundland and Labrador is a constantly moving target.

It is with collective discussion and action that towns in this province continue to survive and address the changing demands of the municipal sector. Municipalities Newfoundland and Labrador(MNL), is the provincial municipal association responsible for facilitating that discussion, and that’s just what they were doing in Gander on May the 5th to the 8th, during their annual Municipal Symposium.

It was my 4th annual Municipal Symposium, and it is not surprising that the challenges are very similar each year. Limited resources, expanding responsibilities and a constantly changing landscape are common across the municipal sector. Standards in solid waste management, drinking water, waste water, taxation and revenue, land use and strategic planning, emergency services, and accounting practices are but a few of the ever moving targets that towns must continue to aim for.

The discussion sessions and panel presentations featured experts and professionals in the municipal sector, and they highlighted the need to be flexible and proactive. Not surprisingly the successful approach to addressing changing targets is very closely tied to the issue of how those targets, and processes were determined. Essentially, the processes that engage municipalities in the early stages, truly welcome input, and forge a direction that is driven from the bottom-up, are much more successful.

Planning is always a popular topic, and this year there were panels dedicated to addressing the challenges of planning in a sector with serious capacity issues. One of the common threads for the presentations was that success depends heavily on local development of the plan. It must be driven by local needs and assets, and then taken to higher levels of government for support. Land use, economic development, emergency, and strategic plans all have a much higher likelihood of success when they are developed by those who must implement them.

There was much discussion around two waste related issues that will have an incredible impact on the towns, and the residents of Newfoundland and Labrador. There are federal level regulations developed, and soon to be implemented, that will require the treatment of sewage before it is released into the environment. This is a huge change for us because our approach up to now has been to dump untreated sewage into the ocean. It is simply a cost issue, and small towns cannot afford sewer treatment. They are estimating at least $500 million in construction costs for this province.

The regulations and deadlines, developed by Environment Canada, are currently going through a revision process because they have been told that the current targets are unrealistic. The policy makers just don’t understand the local issues. One presenter said that when he asked a high level bureaucrat “Who would perform the monitoring of the effluent?” the answer was “well I guess someone from their water management department.” Of the more then 270 municipalities in this province, no more then 10 to 15 have anything comparable to a water management department. The average town has one full-time staff person.

The other issue that raised the ire of municipalities was that of the provincial solid waste management strategy. Municipalities have been raising the issues so often that MNL developed a Waste Management Task Force to explore, and understand specifically what the complaints were. The report from that work was released at the Symposium to accolades from municipal leaders frustrated by a process they see as top-down, and forced upon them.

The Task Force Report identifies 12 specific goals and recommendations for the Government of Newfoundland and Labrador to improve the current system. They cover issues such as subsidies to offset the cost of transportation of waste, exploration of alternative technologies beyond landfills, and improved communication. Essentially, towns want more involvement in the process, as opposed to having a process forced down upon them.

The Symposium in Gander was very well attended, and participants came from all areas of the province to take part. The level of discussion highlights the commitment from municipal leaders to the continual improvement of the sector, and the quality of life of residents of Newfoundland and Labrador. Community leaders are improving their capacity to plan and implement at the local level, but there appears to be resistance from other levels of government to provide them with the authority and the required resources.

Municipal leaders are stepping up to request more authority and capacity to build better communities from the bottom-up. The evidence from this Municipal Symposium clearly suggests that the bottom-up approach is the best option, and like many volunteers, municipal leaders need, and deserve, much more support to make that happen. 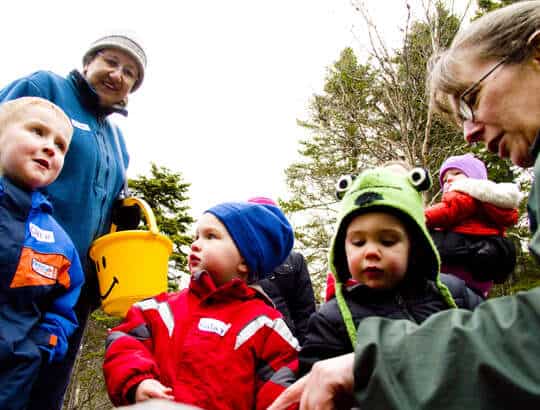 House of Assembly back in session