Seeking stories far away from the city

The camera and voice recorder weren’t exactly stowaways during a trip I took across the island last week. They rode shotgun most of the way, just in case.

I was hunting for stories outside St. John’s — something I’ve been itching to do since the site launched a month ago. Provincial news has a tendency to revolve around the capital and it’s easy to forget how much more ground there is to cover in Newfoundland and Labrador — enough to make you forget about the city for sure.

Passing through some small communities along the way, I got the feeling I was the only one there… nobody on the go. But the highway is just about always heavy with traffic. Is everybody just going from one end of the island to the other; either coming or going from St. John’s?

Many stops were made along the way, but one that struck me as most interesting out of them all was St. Alban’s on the south coast. It’d been a good long while since I’d made a trip to that town, but it’s sure changed. It would have to be the aquaculture capital of NL, as far as I can tell… maybe even Atlantic Canada.

Several fish farming facilities and plants have cropped up over the years and there’s even a brand new Centre for Aquaculture Health and Development standing there. I can only imagine the crowds fishing from the wharf there in the summertime, hoping for escapees. Anyhow, there’s a story in the works about aquaculture…

As much as I love this city, exploring everything else happening on the island is something I’ll never tire of. And, if I can help it, it’s something I’ll be making a regular priority for TheIndependent.ca.

If you have any story ideas for us, from any edge of the island, please let me know. I’ll gladly gas up the car and go. 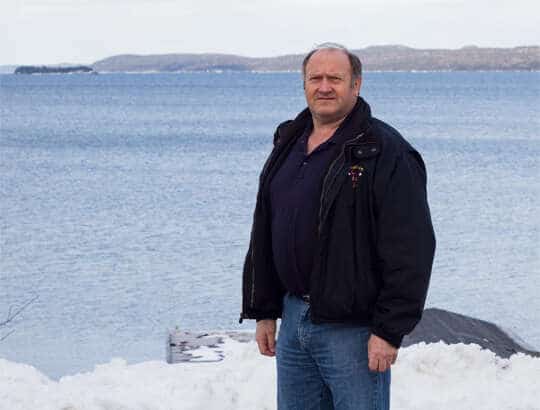