A review of Quebec’s massive mining and hydro generation plans

The news wires are buzzing today after Premier Jean Charest’s announcement of “Plan Nord”, Quebec’s vision to develop its vast natural resources and reshape the future of the Province.

According the Premier Charest, Plan Nord is “…one of the biggest economic, social and environmental projects of our time”.

Total investment over the next 25 years is forecast in the region of $80 Billion dollars, through corporate and public sector investment. Employment is targeted at more than 20,000 jobs in the Province and the area included in the plan covers more than 1.2 million square kilometers.

The problem is the identification of that 1.2 million square kilometer area and maps of the region affected, areas that include a sizable chunk of neighboring Labrador.

Nobody in the Quebec government thought to ask the permission of the Newfoundland and Labrador people if it was OK to annex that land for its own gain.

A review of recently released Plan Nord background material identifies that 98% of Quebec’s clean energy is produced in the area covered. This claim appears odd considering that nearly 6,000 megawatts of power in use by Hydro Quebec is generated in Labrador. That power is then sold to the Province at rock bottom 1960’s prices thanks to the now infamous and lopsided Churchill Falls contract.

With one claim by the Quebec government in question it didn’t take long to identify the boundary issue as well. A quick visit to the Government of Quebec website reveals a map of the region clearly showing a unilaterally “adjusted” border between Quebec and Labrador.

The actual border, legally settled in 1929 and enshrined in the Canadian Constitution through Newfoundland and Labrador’s Terms of Union with Canada, is depicted in the map by a dotted line and the word, “non-definitive”. The area covered by Plan Nord clearly extends far beyond that line.

This isn’t the first time the government of Quebec has redefined this border in an attempt to claim a part of its neighboring Province. Various maps available on the Hydro Quebec website, Provincial tourism maps and maps from multiple official sources in the Province have done the same for decades and continue to misrepresent the legally recognized boundary.

Just a few years ago it was brought to the attention of the Government of Newfoundland and Labrador, in another article by this writer, that the contours of the bogus maps have also been used outside of Quebec, including by Canada’s national broadcaster, the CBC.

Recent examples include federal maps identifying parts of Labrador as being inside the electoral districts of Quebec and Canadian military maps revealing patrol areas supposedly within Quebec that actually extend into Labrador.

The practice of redrawing the border between the two Provinces has spread far beyond Quebec itself and it appears that very little is being done by the Provincial government of Newfoundland and Labrador, or the Government of Canada, to stop it.

In a recent twist on the boundary tale, the federal government signed an offshore agreement with Quebec expected to pave the way for oil exploration in the Gulf of St. Lawrence. The agreement will see Quebec become the sole beneficiary of oil revenues within their offshore boundaries.

Unfortunately, while the land based border has been legally defined, if not accepted by Quebec, the actual ocean border between the two provinces has never been ratified by Ottawa.

The prize, a massive hydrocarbon deposit known as “Old Harry”, expected to be worth billions and which straddles the very area where any boundary would likely be drawn.

Even mineral exploration maps issued by Quebec and used by mining companies to “stake a claim” show a number of available parcels of land inside Labrador as being under the licensing authority of Quebec.

With so much creative license being taken around the Provincial border, one has call into question how much of the vast resources Mr. Charest intends to develop actually exist inside Quebec.

For more Web Talk, check out the author’s blog 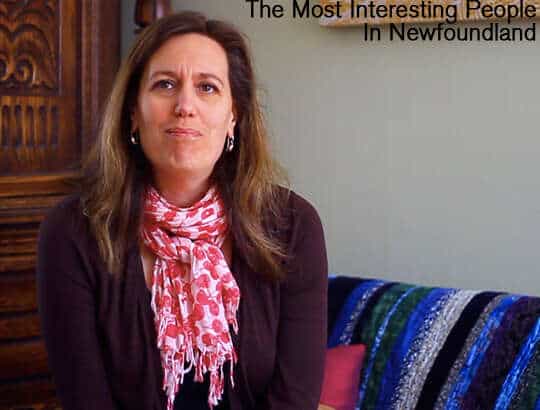 VIDEO: The most interesting people in Newfoundland | Mary Fearon
This week it's stories about Jack stories, from a woman who's heard them all

Battle of the Newfoundlanders forced to Game 7