The Battle of Beaumont-Hamel Revisited

With Canada Day approaching I’d like to beg the indulgence of our readers for a moment in asking, during this time of celebration, that we take a moment to remember how that day also marks one of the most solemn in Newfoundland and Labrador’s pre-confederation history.

When people today consider Newfoundland and Labrador’s military legacy they’re likely to think of the men and women serving in the Canadian Armed Forces.  Few think of the time before the province’s Confederation with Canada when, in 1916, the Royal Newfoundland Regiment faced the bloodiest day in its history.

The Newfoundland Regiment (no Royal designation at that time) was formed in 1914.  With only six weeks of basic training the all volunteer force set sail from St. John’s harbour on October 4 of that year heading to the battle fields of World War I Europe.

The Regiment was comprised of some of the best and brightest Newfoundland and Labrador had at its disposal. Many were athletes, scholars and aspiring business leaders. All were determined to fight for the Dominion of Newfoundland.

After their arrival the proud men of the Regiment were called upon to enter the fight many times, distinguishing themselves in battle after battle, but one none was more devastating than at Beaumont-Hamel.

By the end of 1915 the war was going badly for the Allies. The Eastern Front was in disarray, the Gallipoli campaign had failed and Allied commanders desperately wanted a major success.  To this end they concentrated their efforts on the Western Front.  Beaumont-Hamel sprang from that plan.

German forces had been deeply entrenched at Beaumont-Hamel for a long time and although the Allied assault there had been planned for a much earlier start bad weather postponed the offensive until July first of 1916.  This delay gave the Germans plenty of time to re-enforce their defences and prepare for the assault.

At 9:00 p.m. on June 30, the Newfoundland Regiment turned out for roll call with a head count of 25 officers and 776 NCOs or other ranks.

The plan of the British command was to penetrate a section of enemy lines that had previously been targeted by a week-long artillery barrage.  As a result there was expectation among the ranks of limited resistance but all was not as the men hoped.

A 10 minute delay in advancing that took place after the suspension of artillery fire.  Such a short period of time might seem insignificant to a civilian but for many of the battlefield that day it turned out to be a lifetime.  The extra 10 minutes allowed the Germans the time they needed to evaluate the situation at hand and make the ready for battle.

In reality the earlier “softening” of the lines had been largely unsuccessful and most of the German defences remained intact.  With the enemy aware of the upcoming ground assault the odds were stacked against the men of the Regiment.

It was a recipe for disaster most of them could not have been aware of as they dutifully followed orders to leave the relative safety of the trenches.

The men, each carrying nearly 70 pounds of gear, spilled over the side and advanced across more than 500 metres of open grassy slope in broad daylight, with no artillery cover and in full view of the enemy.

As they moved down the exposed slope towards “no man’s land” a murderous cross-fire cut through their ranks.  Almost immediately men began to drop, at first slowly but then in larger numbers as they approached the first gaps in their own wire. Many fell while they were still behind their own line of defence.

Private Anthony Stacey, who watched the carnage from a forward trench, later said, “The men were mown down in waves.”  The gaps cut the night before were “a proper trap for our boys as the enemy just set the sights of the machine guns on the gaps in the barbed wire and fired”.

With Dogged determination the survivors continued onward, many stumbling or stepping over the bodies of fallen friends.

Ahead lay the German front lines, a three-tiered system of forward trenches, well dug in and protected by expanses of barbed wire.   Past the first line of defence, at ranges between 2,000 and 5,000 metres, the Germans had constructed a second line of trenches and were working farther back on yet a third.

The German lines were manned by tough and experienced soldiers who had turned a natural Y-shaped ravine into one of the strongest positions on the entire western front.  The network of heavily protected lines presented a formidable obstacle to any attacking force as the fighting Newfoundlanders learned the hard way.

As the only large body of troops moving across the battlefield that morning the men of the Regiment were clearly visible to the enemy who subjected them to the full brunt of their weaponry.

Most of those who succeeded in escaping the volley of fire concentrated on the gaps in their own wire made it no further than the now infamous “danger tree”, a landmark between the two sets of enemy combatants that had served artillery commanders as a landmark.

The few who eventually reached the German lines were horrified to discover that the week-long artillery barrage had failed in opening up the German barbed wire. As a consequence the majority of the soldiers who reached their objective were killed as they became entangled in the uncut wire.

The condition of the enemy wire had been known by commanders the night before the attack, thanks to a report by a Newfoundland reconnaissance team, but that report was dismissed as little more than “nervousness” by men “facing battle for the first time”   It was a decision by British Commanders that amounted to a death sentence.

In the end the Regiment was decimated.

Beaumont-Hamel turned out to be more of a slaughter than a battle.  In less than 20 minutes most of the men were either dead or wounded.  It was all over in under half an hour.

Of the 801 men who had charged the German lines most were killed or seriously wounded and only 68 were able to make roll call the next day, a casualty rate of over 90%.

In time the Regiment rebuilt its ranks and through its actions at Beaumont-Hamel and in other campaigns the soldiers ensured their place in military history.

During the war the Regiment earned no less than 280 separate decorations, 77 of which were awarded to original members of the “first 500” who set sail from St. John’s in 1914.   In fact, one in every seven men among the original force received some sort of military honour.

For their bravery and sacrifices, in September of 1917, King George the Fifth bestowed upon them a “Royal” prefix that would continue to be used from that day onward.   This was just the third time in British military history that such an honor was awarded during a time of conflict, the last occasion having been more than a hundred years earlier.

Of course all of those men who served at Beaumont-Hamel are long gone now but their fighting spirit lives on to this day in the men and women from Newfoundland and Labrador who serve with Canada’s forces.

We may not be able to express our gratitude directly to those who gave so much on that dark day but we can certainly honour their legacy.  On July first and throughout the year take a few minutes to visit a local legion or war memorial, stop and chat with an aging veteran and offer a simple thank-you for the sacrifices they’ve made on our behalf.

It only takes a few minutes to shake a veteran’s hand or buy one a cold beer.  And, as we go about our celebrations this Canada Day weekend it only takes a few seconds to quietly remember those who suffered on that faraway battlefield on July first 1916. 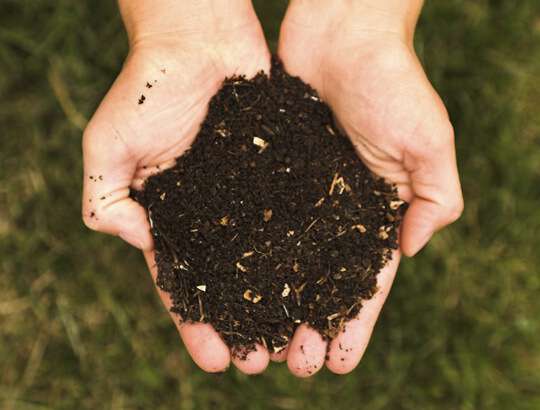 Gardening 101.7
Years ago, I made a cubic yard of compost in three weeks. That was some serious composting, mister.