(each issue, we challenge our writers to produce a piece of writing based around a specific theme. The theme for this issue was ‘Fog’…)

She walked through the fog with echoes in her head. Disjointed memories rehearsed too many times. If home is where the heart is, then she knew hers must be broken.

The yellow street lights had turned a dull orange against the white air, heavy with water that wasn’t ready to become rain. The damp crawled over her skin, but she wasn’t cold. Still, she pulled up her hood to hide her face from the creatures of the night.

Some of the voices in her head whispered, scratching around the dark corners. Most were shouting. Angry. Loud. The fog was in her mind, blocking out everything around her.

She bit the inside of her mouth to keep from grinding her teeth. The soft flesh provided a cushion.

Her mother’s face flashed inside her, lips tight in a painted smile. Like a clown, hiding any real emotion underneath. The woman laughed and hugged, then turned around and cursed her son to an early death by driving him out into a foggy night like this. He had disappeared several months ago and his sister never saw a body. Their mother claimed the police retrieved it, and they had a funeral with a closed – and likely empty – casket.

The fog drew her close for a moment, its fingers curling possessively around her body. She could only glimpse each square of sidewalk before her sneakers pushed it into the blurred darkness behind her.

Headlights sliced the murk, reminding her that the world was not as dead as it seemed. It was still full of people and lives, even though they were hidden behind closed doors and cloud banks. The car slouched past, its movement slow and gelatinous in the surreality of the night. The driver had his window down and for a brief moment, she saw his red and silver hair and short beard, his dark eyes squinting into the orange glow before him.

His backseat passenger was a white shepherd dog, its nose pointing out the wide-open window on the driver’s side. Its eyes shone white for a moment as they reflected back the fuzzy streetlights.

The driver turned his head toward the dog and his mouth moved. She couldn’t hear his words but assumed that he spoke.

Suddenly, the dog squeezed through the window like toothpaste from a tube and bounded toward her. She yelped and the dog replied with a single throaty bark. Wisps of common sense suggestions twirled together in her mind: run, stare it down, don’t look in its eyes, yell at it… but instead, she froze in place.

She saw sharp teeth and burning gums at her face. Rancid dog breath pounded into her lungs. She pushed the warm fur away from her with all her might and the dog fell back. It ran in a circle, barked, and pounced again. As its teeth sank into her leg, she screamed and her vision blurred to match the fog around her. The pain was white, her thoughts were white.

The dog pulled back, merging with the night air, and she heard a man’s voice.

“Help me,” she called, collapsing in slow motion onto the damp concrete sidewalk. “Call off your dog.” Her voice was fading to a whisper and she pressed her hands to her leg. Stop the blood, she thought. It was all she could think before the pain knocked her thoughts away.

Then the man was standing over her, his hand on the dog’s collar. She thought the dog was smiling, and the man, too.

She nodded as tears sprouted on her face. “Can you take me to the hospital?” She ground out the words.

“I could,” he said and uncurled his finger’s from the dog’s collar. The man smiled, baring teeth as white as his pet’s and oddly as sharp. She stared through her haze. Her toes had gone numb and the blood on her calf glued her pant leg to her flesh.

“Help me,” she whispered again. The tears disappeared as quickly as they had emerged. Her fingers tingled where she clutched her upper leg.

The man made his dog sit. Then he knelt down to inspect her leg, probing gently with his fingers. She clenched her fists and jaw as he pulled up her pant leg.

“That’s a lot of blood.” His tongue flicked over his lips while he worked. She squeezed her eyes shut, replacing white mist with black.

“Can you do anything?” she asked.

He bared his fangs in a smile as he spoke. “Foggy nights are the best time for hunting.” He pressed his mouth to the gushing flow from her wound and took a long drink. 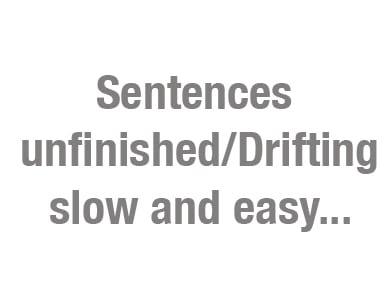 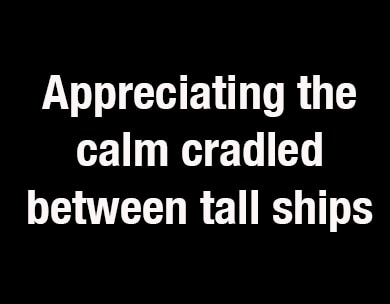